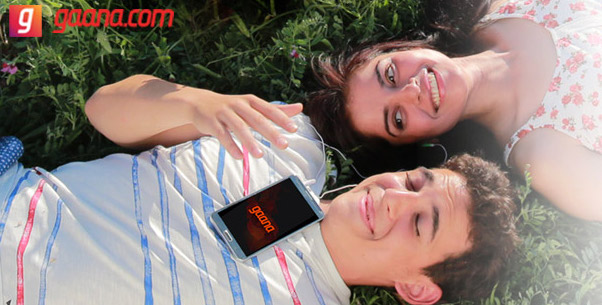 As a part of this partnership, all Micromax phones will have the Gaana app pre-installed. The new users will get a free trial of premium service Gaana+, allowing them to stream unlimited music and without any ads. However, after the trial period is over, users will be able to continue with Gaana+ or use Gaana to access songs, but, with an advertisement-supported streaming.

The app is available on all major mobile platforms such as iOS, Android, Windows, Blackberry and J2ME with over 30 Mn downloads. Currently, it has over 20 Mn active users and over 700% annual growth in consumption.

On the other side, Micromax sells over 3.5 Mn mobile phones every month.

“Gaana is becoming a household brand for music, and in partnership with Micromax, we will strengthen our footprint, helping us reach our goal of 100 million Indian users, listening to millions of songs via Gaana,” said, Satyan Gajwani, CEO of Times Internet.

Earlier, Gaana had announced its partnership with The Orchard, a pioneering music, film and video distribution company.

Other players in the music streaming space, other players include Saavn, Hungama and Rdio. Recently, Saavn had raised undisclosed amount in funding led by former Vodafone CEO Arun Sarin and earlier this year, it had raised $100 Mn Series C round.