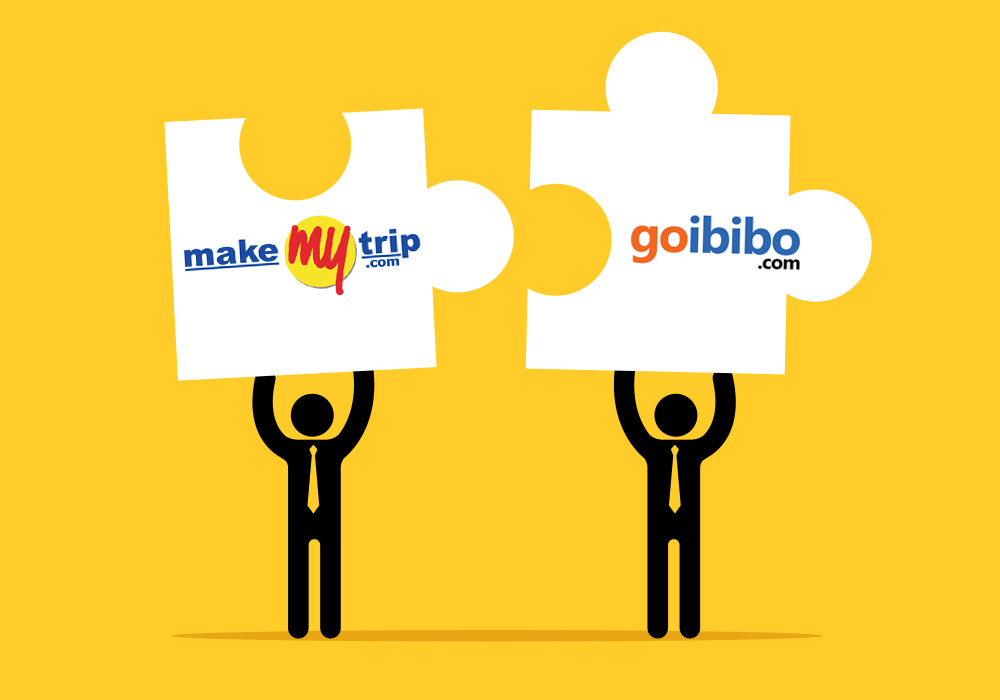 MakeMyTrip has completed the merger of its Indian travel business with Naspers-owned Ibibo group, which was announced last October.  Towards this, the Ibibo Group parent has contributed around $82.8 Mn cash to MakeMyTrip.

The deal which marked the coming together of two of India’s largest travel booking portals received the approval of Competition Commission of India last fortnight. At that time, MakeMyTrip had said it plans to close the transaction on or around January 31, 2017.

As part of the transaction, MakeMyTrip has issued 38.91 million Class B shares (38,971,539 Class B shares) to the parent of Ibibo Group. The entity which is jointly owned by Naspers and Tencent has also purchased 413,035 new ordinary shares of MakeMyTrip at $21.19 per share for a total cash consideration of $8.75 Mn.

The merger however does not include Ibibo group’s 14% stake in Nasper’s payment business PayU and 52% stake in business-to-business (B2B) online travel company Tek Travels that will be transferred to a Naspers unit. MakeMyTrip will however receive a payment from Naspers in five years depending based on certain conditions. Meanwhile, Ctrip.com International Ltd., which had purchased 5-year convertible notes issued by MMT for $180 Mn in January 2016 will own 10% stake in the new entity.

Ibibo as an umbrella company comprises bus aggregator – redBus and ride collaborator – Ryde. Combining this with MMT’s stays aggregator – Rightstay will result in the combined entity having widespread capabilities and a big chunk in the Indian traveltech space. The bunch of companies together made over 34 Mn transactions in the previous financial year.

[This development was first reported by ET.]