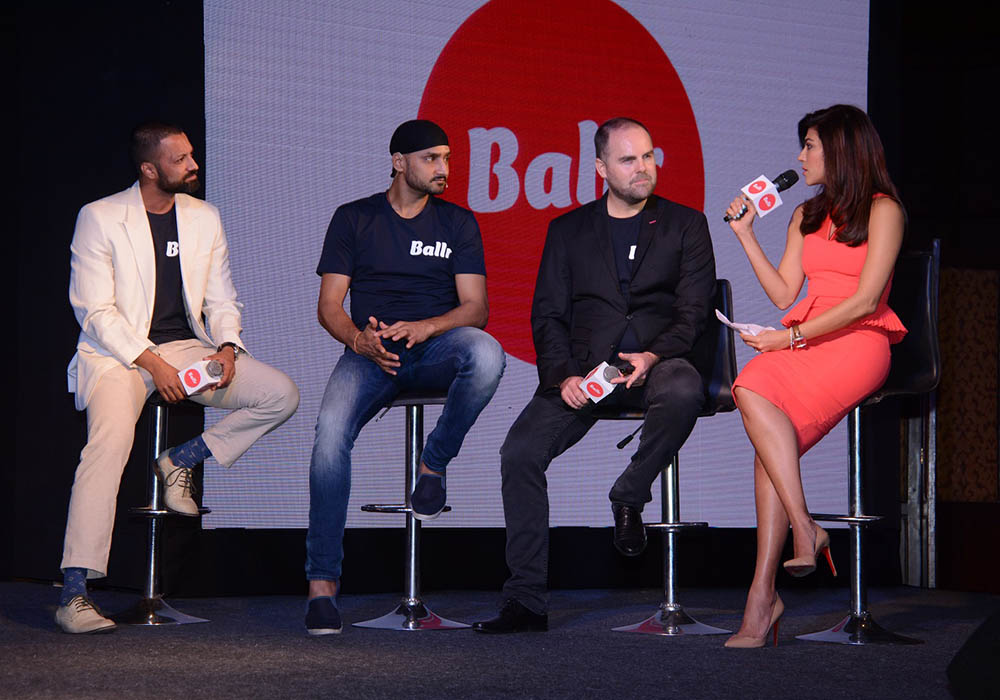 Indian cricketer Harbhajan Singh launched the cricket gaming application Ballr on Thursday and will lead its endorsements in India. Ballr, a Delhi and Singapore-based sports engagement platform, owned by Fantasy Sport Technologies, has recently launched its product in India and China. The application is entirely mobile-based, and is said to be the first of its kind to launch in Asia.

Unlike traditional fantasy sports games, Ballr has introduced rapid fire micro gaming, which involves micro games lasting only few minutes during sports events. Gaming includes things such as selecting a scoring sequence during a particular over during a cricket match or  guessing a corner, goal or free kick  during a soccer match in five-minute slots.

The unique element is the replacement of monetary prizes with premium prizes such as sports equipment, apparel, cars and tickets to games. Ballr has partnered with a number of global brands, sporting goods manufacturers, startups in the transportation industry, sports clubs and local brands to be able to deliver prizes and experiences to winners. It also connects to all major social networks, allowing users to play head to head on a daily basis.

“Through Ballr we wish to create a community of sports fans and build a digital environment for friendly competition & conversation. India is the second largest smart-phone market in the world with over 220 Mn users. In this context and given the immense enthusiasm Indian youth has for sports; Ballr is the perfect platform for them to connect through live sports,” said Jones.

Sam Jones, the chairman of Singapore-based Talent Lab Software, was also one of the investors of Australian sports technology business PlayUp, which failed miserably losing close to $100 Mn. As per media reports, the launch of Ballr in Asia is a move that follows part of the original PlayUp plan – which raised $70 million in investment from Australian business, sporting and political identities –  to launch a mobile gaming sports app.

Ballr will employ key talent integral to the development of PlayUp’s technology and has raised $4 Mn in funding. The funds will be used in endorsing celebrity athletes, such as Chris Gayle  and Harbhajan Singh.

The app will be free for users and will monetize by selling advertisements and user data collected over Ballr. Following the launch with cricket in India, Ballr will launch soccer and basketball games in China, Thailand and Vietnam. “Asia is just the first stop for Ballr, other markets like South America and Africa present a huge opportunity for our fan engagement platform. Our goal is ultimately to connect the world through live sport,” said Jones.

Earlier in May this year, cricketer Virat Kohli launched Fanbox, which allows fans to personally interact with celebrities.

Recent investments in the gaming space in India include last month’s announcement by Reliance Industries to invest in 20 Indian gaming startups. As per Robert Bu, general manager for UCWeb India, the Indian gaming market is forecast to grow nearly five-fold in three years – from $416 Mn in 2015 to $2 Bn in 2018. UCWeb India also announced $20 Mn fund for Indian gaming startups under its accelerator ‘’9 Apps Dev’.