If you have ever come across a company called FlipkartDiscounts and thought it is a subsidiary of Tiger Global-backed Flipkart founded by Sachin and Binny Bansal, think again.

Bangalore-based ecommerce firm Flipkart has filed a case against a “copycat” firm FlipkartDiscounts, reported ET. FlipkartDiscounts, a Seoni, Madhya Pradesh based company provides several discount listings on its site, in addition to directing  consumers to various ecommerce portals including Flipkart, Amazon, Snapdeal and Paytm. The ecommerce major has accused the dubious site for copyright and trademark infringement. 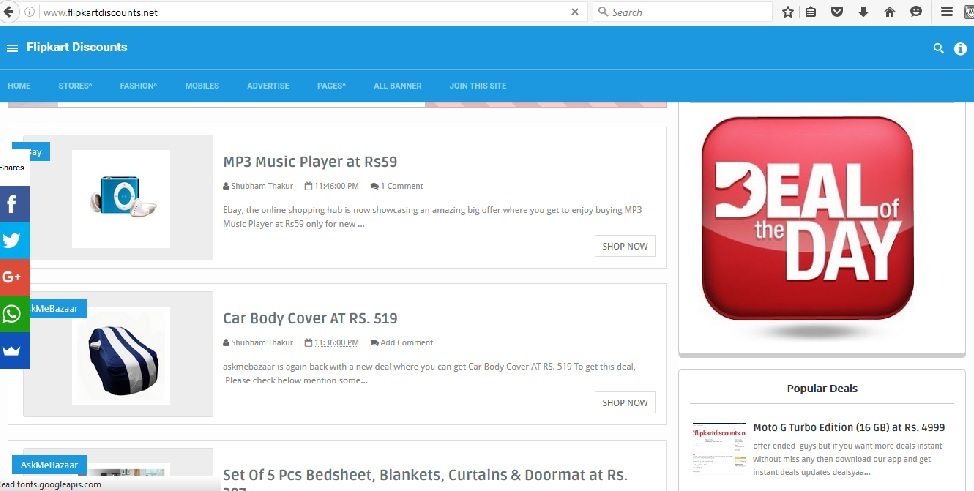 A Flipkart spokesperson stated, “The court has granted an injunction against the website from operating under the current name and transfer the same to any third party.”As per Pratibha M Singh, lawyer representing Flipkart, the Delhi High Court in an interim order has also restrained the site from providing links to ecommerce sites. As per the website, one Shubham Thakur is the contact person.

The case exemplifies the rising trend of me-too sites capitalising on the success of ecommerce majors such as Flipkart and Snapdeal. The word ‘kart’ is almost ubiquitous in the names of ecommerce sites such as HealthKart, LensKart, Bagskart and others. Similarly, quite a few sites have ‘deal’ in their names.

Recently in a similar case, Palo Alto-based design and decor company Houzz had sent a legal notice to Bangalore-based Houzify, claiming “deceptive similarity” between the trademark Houzz and Houzify/Housify,  which had let to Facebook deactivating the latter’s page on the social media site. Last year, a similar situation had come to play involving Snapdeal wherein Snapdeal.pk, an ecommerce store based out of Pakistan, was cashing on Snapdeal’s name, copying everything from the design to the logo.

Looks like every Tom, Dick and Harry wants to cling on to the ecommerce bandwagon.

Welcome to Flash Feed, your essential source for breaking news and innovation from around the web – bite-sized and updated all day