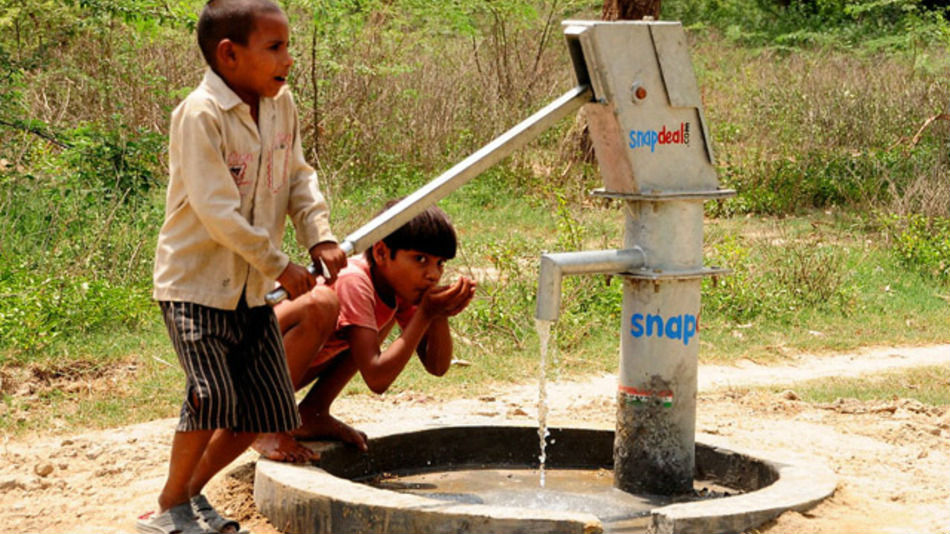 While Snapdeal is pushing very hard to emerge as the front-runner in ecommerce in India, there is another ecommerce startup in India’s neighbouring country which is trying to cash upon Snapdeal’s name.

Snapdeal.pk, an ecommerce store based out of Pakistan, seems to be working really hard to cash as much as possible on the name of Snapdeal.(hat-tip)

When I first came across this website, I was a little apprehensive that this may be some sort of a dummy site or prank played by someone. However, on digging deeper I found out that some folks in Karachi are literally riding on the luck of Snapdeal. Not only the name but it seems that this particular website is trying to work on every possible way to use brand Snapdeal to get customers on its platform. Snapdeal, though currently is only operational in India but has managed to get a lot of international recognition, and it seems Snapdeal.pk wants to use this to fool people in Pakistan, by using Snapdeal’s name.

The best part is that the site is actually functional and ironically sells knock-off watches, phones besides claiming to sell original branded products as well. Though the company has tried to copy everything from the design to the logo, but doesn’t seem to have a payment gateway. It works on, as you’d have probably guessed, COD or cash on delivery.

When I tried placing an order, I received the following message:

After waiting for about 25-30 minutes, I got the order confirmation via mail: 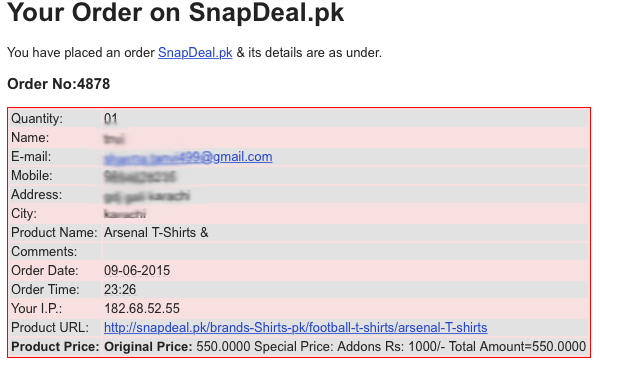 I tried to find out few details to understand how this particular company works, who is behind it and how it came into being.

According to the Whois records, the domain was registered in March 2014 by an organisation which goes by the name of WebsXpert and seems to be based out of Karachi. The wayback machine shows that Snapdeal.pk has been active since May 2014. 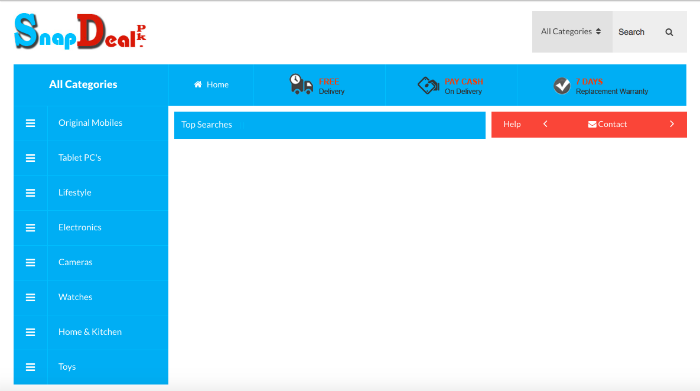 But since March, Snapdeal.pk has been using Snapdeal.com’s logo, but had a new facebook page which currently has more than 1lakh likes and with many negative reviews and feedback from people who have shopped using the platform and have actually received knock-offs. 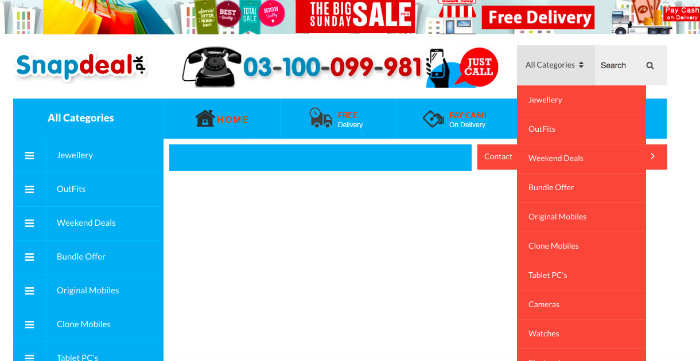 It’s surprising that a company is using Snapdeal’s name from almost a year and now their logo too and Snapdeal is not even aware about the matter.