Will RBI’s Boost For Payments Banks, Wallets Break The Monopoly Of Traditional Banks?

Will RBI’s Boost For Payments Banks, Wallets Break The Monopoly Of Traditional Banks? 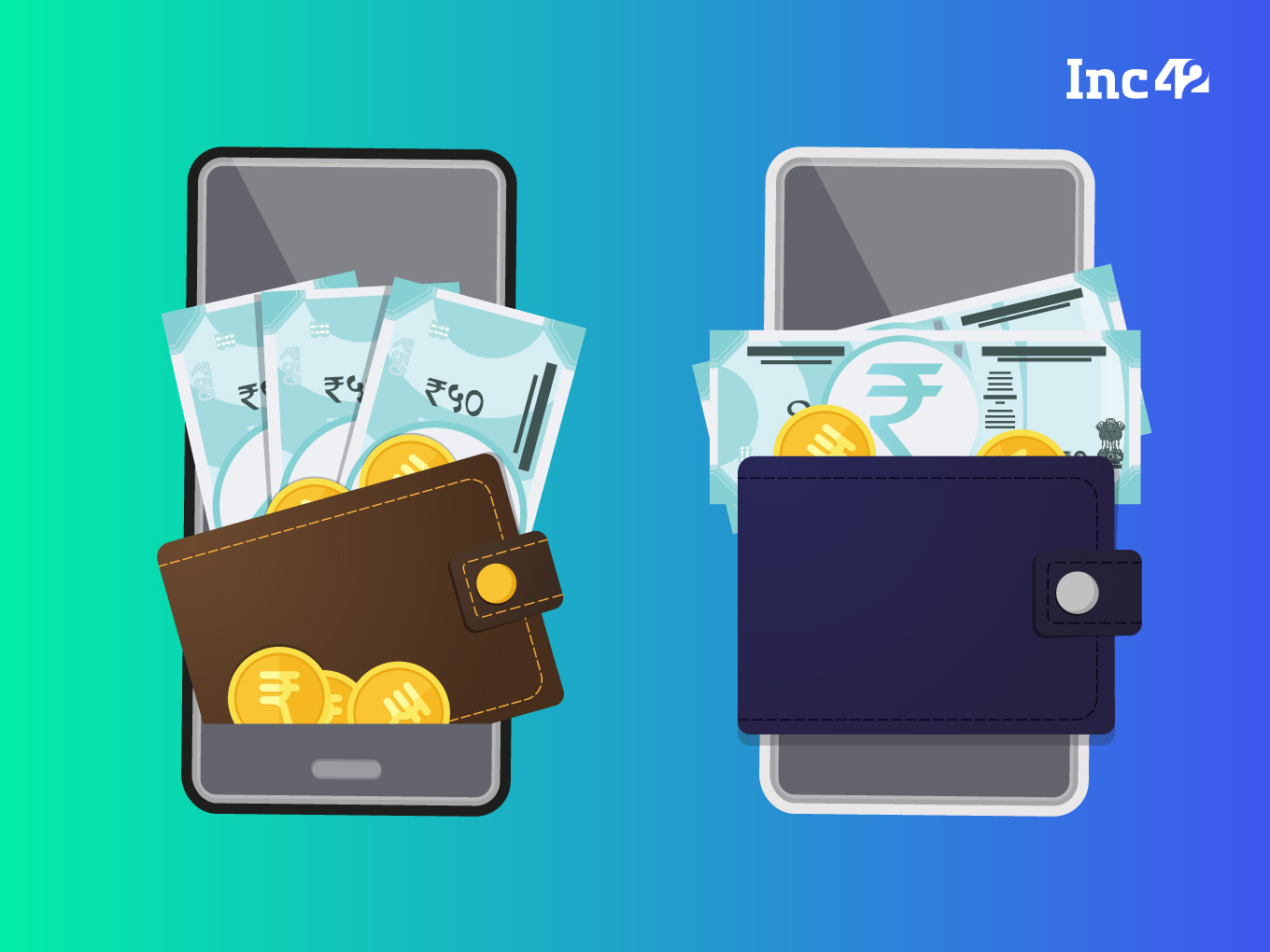 Coupled with the increased daily balance limit for payments banks, these guidelines can help offload the small value transaction burden away from large banks

It will also help to address retail banking needs and SME business use cases, say experts

The time isn’t far when Indian users will be able to transfer money and consolidate savings across multiple wallet accounts all thanks to the central banker’s new policies. The Reserve Bank Of India (RBI) made a slew of announcements this week that could change the banking sector for good.

First, the RBI on Wednesday (April 7) announced that PPIs (prepaid payments instruments) such as digital wallets have to be made interoperable which has been a bone of contention for payments players for a long time. After the RBI released its Master Directions in October 2017, digital wallets were expected to become interoperable within six months. But the plans were put on hold.

Second, RBI announced that payments banks (PB) will be allowed to enhance the limit of maximum balance at the end of the day from INR 1 lakh to INR 2 lakh per individual customer. The decision was taken based on a review of performance of PBs and with a view to encourage their efforts for financial inclusion and to expand their ability to cater to the needs of their customers, including MSMEs, small traders and merchants.

Third, the RBI has also proposed to enable, in a phased manner, regulated payment system operators, to take direct membership in RBI-operated real-time gross settlement (RTGS) and national electronic funds transfer (NEFT). This will cover non-bank payment system operators like issuers of payments wallets and other walled-garden payment options, card networks, white-label ATM operators and the Trade Receivables Discounting System (TReDS) platforms regulated by RBI. This facility is expected to minimise settlement risk in the financial system and enhance the reach of digital financial services to all user segments.

And finally, as a confidence-boosting measure, and to bring uniformity across PPI issuers, it is now proposed to allow cash withdrawals for full-KYC PPIs of non-bank PPI issuers (in addition to bank issuers). This measure, together with the mandate for interoperability, will boost migration to full-KYC PPIs and would also complement the banking infrastructure in unbanked regions of the country.

To sum it up, the RBI in one stroke has opened up a huge market for fintech players to expand services that were only possible for banks. Yes, the banks will continue to be relevant for their core lending functions. However, a combination of wallet, payments banks and other payment systems will soon be able to offer users a range of services not very different from neobanking platforms. How is this move going to impact the fintech ecosystem going forward?

The Indian central banker has for the longest time been risk averse, trusting banks with a bulk of the serious work like using the centralised payment systems which facilitated digital transactions. In recent times, the ease of use of UPI allowed private payments operators and underlying banks to take a bulk of new digital transactions with humongous numbers of small value transactions, occasionally choking the technical backbone of banks.

On the other hand, the business model of payment banks is dependent on transactions and investment income to meet various costs. But due to constraints on deposits and a no lending mandate, payments banks have been crippled in their growth. Add to it the fact that they depend on government securities (G-Sec) for income which really hasn’t given them the best returns.

According to a December 2020 report by RBI, with elevated levels of unemployment and reverse migration still to be corrected for, these PBs sources of income may come under (further) strain. In the recent period (FY20), weighted average G-Sec yields have fallen to their lowest levels in 16 years impacting their interest income, it noted. Most of these PBs are yet to break even, mainly due to high initial infrastructure costs. Generation of capital funds in the absence of credit products poses a challenge for them.

So what does this increased limit of INR 2 Lakh closing balance give PBs?

Fino, one of the leading PBs was already offering auto-sweep facilities to its customers as a few other PBs have done. This allows a PB to tie up with a partner bank where any balance above the permitted limit is transferred at the end of the day to comply with the daily limit mandate. “ From a service perspective, the higher limit does not materially change our offering. However, it does help to improve the perception of what PBs can offer consumers,” says Ashish Ahuja, COO, Fino Payments Bank.

PBs have been calling for small value lending to be allowed since they came into existence five years ago to support their banking capabilities. The RBI, in realising the limited capacity of PBs, has issued guidelines for them to be upgraded to small finance banks which offer such credit.

Ahuja adds that Fino’s target demographic of people who earn upto INR 8 lakh per annum, does not generally keep more than INR 45,000 in their savings accounts. Anything higher is generally invested. “But for small traders this could be a very helpful move. More importantly, this is the first time that RBI has made changes in the operational guidelines of PBs. We are hopeful that more changes could come in the future,” he says.

Some stakeholders have already started launching innovative offerings on top of the PB value chain. On Friday, April 09, Airtel Payments Bank announced the launch of its new digital savings account, a neobanking layer for digital transactions on top of existing Airtel PB accounts with an annual fee of INR 299. The Airtel Rewards123 account promises cashbacks for loading money via UPI, online shopping and bill payments.

Anubrata Biswas, MD and CEO of Airtel Payments Bank, says the digital saving account  is designed to offer assured rewards on different types of digital transactions throughout the year. “The account design is aligned with the Payments Bank guidelines and aims at furthering digital inclusion by leading a change in consumer behavior,” he adds.

Responding to Inc42 queries, Biswas added that with the launch of this account, Airtel Payments Bank is aiming to connect with time crunched users in urban and semi-urban markets in the age group of 24 to 45 years. The recent announcement by RBI on higher balance limits would further enhance consumer usage of payments banks on digital medium, he says.

And the trend of offering B2C neobanking solutions is likely to catch up with other players such as Paytm, Airtel and Jio. Note that all of these entities (including Fino) have transferred their PPI licensing to PB licenses. The sheer amount of transactional data available to operators across the ecosystem may even see the innovation of new fintech products catering to niche user segments, say experts. Provided they work together, of course.

However, experts offer a word of caution. Wallets were designed to lock users to certain platforms. That is what made sense for cashbacks to wallets as the user would have to come back to use that specific wallet and platform which offered those cashbacks. Surely, businesses won’t indefinitely offer users cashbacks that can be transferred to another wallet and used on a different platform. At least, not without caveats.

In addition, for interoperability as well as cash withdrawals, the technical backbones of wallets will have to be fortified to prevent frauds.

What Does It Mean For Traditional Banking Monopolies?

Let’s face it. Banks have been bearing the brunt of the financial infrastructure forever. The strict compliance norms that they are subject to and the weight of their legacy technology makes it cumbersome for them to adopt cutting edge fintech solutions. This makes them susceptible to failures due to system overload when dealing with digital payments in addition to their core banking roles. We know how the PhonePe and HDFC Bank saga went when banks were overloaded with digital payments (particularly UPI) requests. Offloading some of these transactions to fintech companies will reduce the burden on banks and help RBI achieve its financial inclusion goals.

Shilpa Mankar Ahluwalia, partner and head of fintech, Shardul Amarchand Mangaldas notes that these policy updates will do a lot to level the digital payments playing field between banks and fintech players. PPI interoperability has been an industry ask for a long time and will place wallets on par with other payment products. We can expect to see greater product innovation and perhaps lesser dependence on UPI lowering systemic risk which has been a focus for the RBI.

“A limited range of quasi banking functions have been permitted across the fintech ecosystem which also reduce the burden on the banking infrastructure. More importantly, it is cheaper (compared to traditional banks) for the fintech platforms like PPIs and PBs to penetrate deeper into the country for financial inclusion goals. This move will allow both banks and fintechs to focus on their strengths and build better financial products,” says Mankar.

It is cheaper for these platforms to offer banking services because they depend on a network of retailers, distributors and digital platforms rather than physical bank branches.

Mankar suggests that the limit of INR 2 Lakh for outstanding balance in PPIs as well as end of day balance for PBs suggests an emphasis on more small business and retail use cases. Which is good enough to offload a bulk of smaller value transactions to this ecosystem which are essential but expensive for banks to bear. Banks can continue to guide with product development and credit offering meanwhile.

The Future Of Banking In India

In recent years, RBI has taken a bunch of initiatives to give fintech solutions better visibility in the overall scheme of banking. But the need to protect the banking infrastructure also meant that a lot of the fintech platforms were limited to sandboxes, proofs of concept and offering front end products and customer support to banks, instead of supporting critical transaction load. However, as experts suggest, RBI has finally realised that the financial inclusion battle can’t be triumphed by the banks alone. With internet enabled smartphones available in every alternate household nowadays, the banking infrastructure has to evolve to meet the needs of last mile users.

Some fintech experts even suggest that banks may soon have to compete with neobanking partners for users. After all, a daily wage earner may not have enough savings to invest for the long term, but if their daily accounting requirements are met better by a wallet provider with cashbacks and discounts built in for digital transactions, why will they choose a savings account at a bank that they have to walk miles for?

More importantly, these guidelines will allow the government to digitally monitor a larger range of transactions in the country which have gone under the radar for decades. If the users don’t have access to banking facilities, the facilities will have to go to them, with or without the banking behemoths to handhold them.