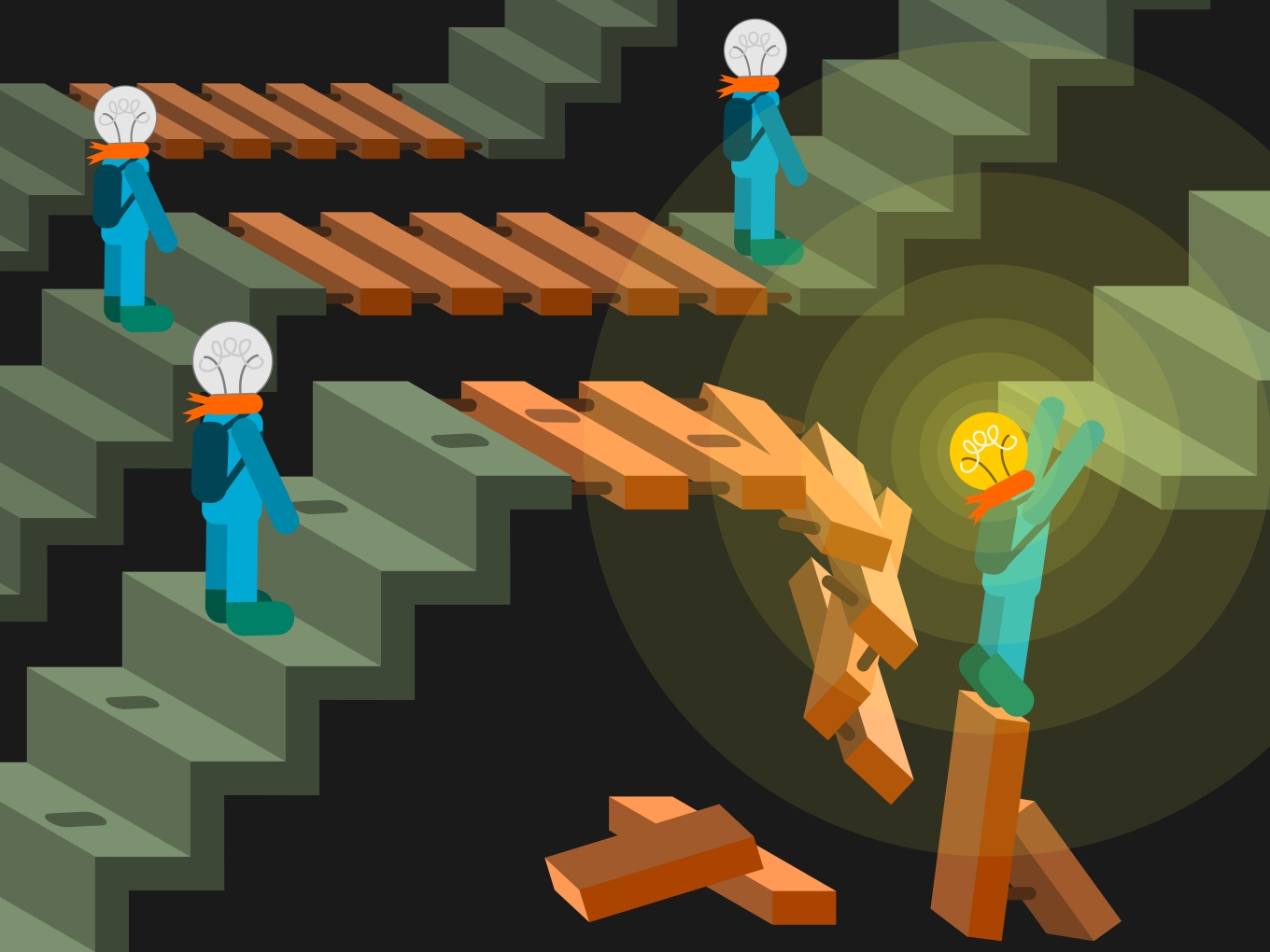 NPCI’s 30% UPI transaction cap will require more than just controls on user transactions, but an overhaul of the existing digital payments ecosystem.

While the move is aimed at ensuring that new players don’t monopolise the digital payments landscape, given zero MDR, there’s very little incentive for payment apps to innovate

Last week, India’s much-celebrated UPI ecosystem was thrown a curveball. And the worst part is, the ball will not arrive for a couple of years, and by then the market might look totally different.

A notification by the National Payments Corporation of India (NPCI) stated that from January 2021, a 30% cap would be applicable on the total volume of UPI transactions through third-party app providers (TPAPs) or UPI apps such as Google Pay, PhonePe, Amazon Pay and Paytm. While these existing players have been given two years, starting January 2021, to comply, for new entrants such as WhatsApp Payments, the 30% cap will be applicable from the new year.

The NPCI claimed the cap will help address risks emanating from the overload of the payments infrastructure and protect the UPI ecosystem from monopolies, but there’s been some push back from Google Pay and PhonePe, which currently occupy over 80% UPI market share together.

Critics of the new policy claim it will only stymie innovation in the UPI space and complicate matters for consumers in the long run. There are also questions about how it will work for the apps that go beyond UPI payments, as most of the bigger apps do. But beyond that, there is a feeling that this unprecedented move could change the whole UPI game altogether.

Can Transaction Caps And Innovation Coexist?

“We will of course have to wait and watch how NPCI guides the transaction cap rollout but there is no precedent for this globally,” said Srinivas Nidugondi, Sr VP & COO, mobile financial solutions at Comviva, the Tech Mahindra-owned value-added services provider.

Comviva operates in over 80 countries and one of its key geographies is Africa, where the UPI-like M-Pesa system has reaped big rewards.

Launched in 2007 in Kenya, M-Pesa facilitates easy money transfers and bill payments through mobile phones. With over 35 Mn users in a country of 51 Mn people, it has shown significant penetration. It added around 7 Mn users during the pandemic. Besides M-Pesa, Airtel Money and T-Kash operated by Airtel and Telkom Kenya have also tried to aggressively tap the Kenyan market.

The M-Pesa success shows that a collaborative public-private approach is needed for mass penetration and this is perhaps lacking in the UPI model currently, with the government at odds with payment providers over a range of issues, including the most recent cap, but beyond that over revenue and monetisation. Will these tussles grind out any incentive for innovation?

“In the past, countries like South Korea have actually incentivised electronic payment methods through tax benefits and successfully converted itself into a cashless economy. One can’t overlook the fact that these apps have popularised cashless transactions and market forces along with their own innovation mechanism should be allowed to determine their behaviour,” said Nidugondi.

This was, in fact, the first concern raised by UPI stakeholders with respect to how the limitation will impact new solutions/ products at a time when the population has just started becoming comfortable with digital transactions.. Post the NPCI notification on 5th November, Sajith Sivanandan, business head for Google Pay and Next Billion User Initiatives said, “Digital payments in India is still in its infancy and any interventions at this point should be made with a view to accelerating consumer choice and innovation.”

The Revenue Puzzle In UPI

When it comes to revenue for providing UPI payments, payments apps are at a significant disadvantage due to the government policies around payment switching fees and merchant discount rate (MDR).

MDR, which was waived off last year by the government for transactions on UPI and RuPay cards, came to around 1% of the total transaction volume, and was a levy that had to be paid by the merchant to the processing bank. The amount was shared among acquiring bank, fintech partner and issuing bank, with 10% of the amount paid as switching fees to NPCI. This led to payment apps having to bear the cost of UPI infrastructure and not seeing much in the way of revenue. In fact, most UPI apps have had to bear losses to support their growth in transactions, as seen in Inc42’s analysis of the market in July this year.

While zero MDR does incentivise small businesses to make a switch to digital payments, apps have to spend a lot to acquire users and have to also pay through discounts and cashbacks for retention of these users. But NPCI’s 30% cap on the total volume of transactions could aggravate these concerns around lack of revenue streams from UPI.

The only upside so far was that with UPI payments, apps gained a lot of traction and this allowed them to diversify into more than payments and become virtual store-fronts for retailers and internet businesses — as seen in the Google Pay Spot platform or PhonePe Switch or even Paytm’s ‘Mini Apps’ approach. These are essentially avenues for these payment apps to diversify beyond UPI. In fact, this is a key reason why Google recently launched cards support for Google Pay, allowing users to also pay merchants by cards instead of only using UPI.

How The UPI Experience Changes

But before curtailing customer experience, businesses are likely to explore all of their options in the backend, without involving the customer’s in-app experience. Industry experts have maintained that considering WhatsApp’s massive user base in India, a graded launch of its payments service was necessary to ensure a stable UPI backbone. Almost 10 of the top 30 banks have recorded a UPI failure rate of over 3% in September 2020, which had been less than 1% in July.

Shilpa Mankar Ahluwalia, partner at law firm Shardul Amarchand Mangaldas with a focus on the fintech sector, believes that while the cap is unique to digital payment apps, it is not unique to the banking system which always tries to ensure risk management mechanisms. Clearly, nobody would want to turn away customers, hence most of the changes are likely to be implemented in the backend.

“Capping can also affect how they monetize these apps. Suppose an app is programmed to switch to a different mode of payment without impacting the customer experience, the remaining payment modes should be feasible for the user,” added Ahluwalia.

For example, if a user were to shift from UPI to wallet transaction, they will need to have their KYC in place. In that case, between the bank, TPAP and the user, who bears the cost of this KYC? This is assuming the customer even wants to lock their cash to the wallet offered by the app.

Once the payment mode is changed from UPI to wallet or even card, the commission structure for payments service providers also changes. All of this needs to be accounted for when enforcing this policy.

Moreover, while the 30% cap on UPI transactions is also meant for ensuring that the digital payments landscape isn’t monopolised, some fintech industry stakeholders still feel that even if an app with 30% transaction base fails, it can still have the potential to cripple the UPI backbone. This was seen in the way the Axis Bank moratorium affected PhonePe UPI users.

Then there’s the issue of recurring payments, which was meant to be a huge boost for UPI, allowing individuals to allow regularised debits through UPI instead of the ENACH netbanking mandate. Launched in August, the AutoPay feature for UPI services allowed users to subscribe to online services such as video streaming or OTT subscriptions, transit and metro payments, mutual funds, insurance and EMI installments. However, a transaction cap will definitely impact these recurring payments.

Going by the current NPCI directive, even these transactions will be clubbed under the same transaction cap denting some of UPI’s fundamental cashless economy initiatives.

Will UPI Innovation Hit A Wall?

Celebrated around the world these days, UPI was introduced by many banks before apps such as Google Pay and PhonePe actually made it ‘cool’. But without MDR, there is no monetization channel for banks from UPI. As a risk management measure, all TPAPs have partnered with more than one bank to ensure transaction safety and to boost their own reach. So implementing these caps, however NPCI may have envisioned it, will involve infrastructure investments which are likely to land squarely in the TPAP’s court. Will they spend more to earn even little and have fewer transactions?

Fali Hodiwalla, partner, consulting (financial services), EY said that banks have their partnerships with multiple UPI providers, so it is unlikely to impact them and the onus of implementing the transaction caps would rest with the application providers because banks already have their risk management and system failure checks in place. The TPAPs would have to contend with the task of balancing transactions amongst themselves to comply with the limits over a two-year period.

“Also, the option to charge MDR should be allowed to rest with sector players including the Banks, Payments Processors and TPAPs. The regulator could consider caps on MDR while letting market forces determine final pricing within these caps,” added Hodiwalla.

Last week, Inc42 reported how many industry stakeholders were sceptical not only about the transaction cap, but also the fact that it seemed like an over reach for NPCI to exercise such control.

This at a time, when the RBI is looking to bolster digital payments competitions with National Umbrella Entities (NUE). NUEs, which are umbrella entities for digital payments, will have the same powers and responsibilities as the NPCI.

The State Bank of India — India’s largest public bank — and the Tata Group are among the big-wigs seeking NUE licenses, which will not only be a profit making entity (unlike the non-profit NPCI) but also compete with NPCI. NUEs will have a say on new payment mechanisms including points of sale devices, innovative Aadhaar-based payments systems, remittances and ATM networks.

NPCI oversees retail payment solutions like IMPS, RuPay, Nach, NETC (for toll collection) and ABPS for direct benefit transfers among few others while also developing an international payment solution. So UPI isn’t its sole concern although it is certainly the most popular one. However, RBI’s guidelines have maintained that the payment platforms developed by NUE’s should be compatible with NPCI’s platforms, ensuring that its relevance is not eroded.

As of today, NPCI is the sole umbrella organisation for owning and operating a pan-India digital payments network. Until the NUE is active, however, NPCI continues to be a nodal body for the UPI ecosystem and they alone can provide clarity and guidelines to regulate the ecosystem which is essential for India’s cashless economy. While perhaps pruning the UPI tree might help NPCI propagate richer services and solutions to take the cashless model to the next level, this is certainly not a guarantee given that private businesses are also stakeholders here. If NPCI’s idea of innovation requires the existing private participants and innovators to cut down on their user base, the only monetizable entity within the current UPI ecosystem, is there much incentive to build new solutions?