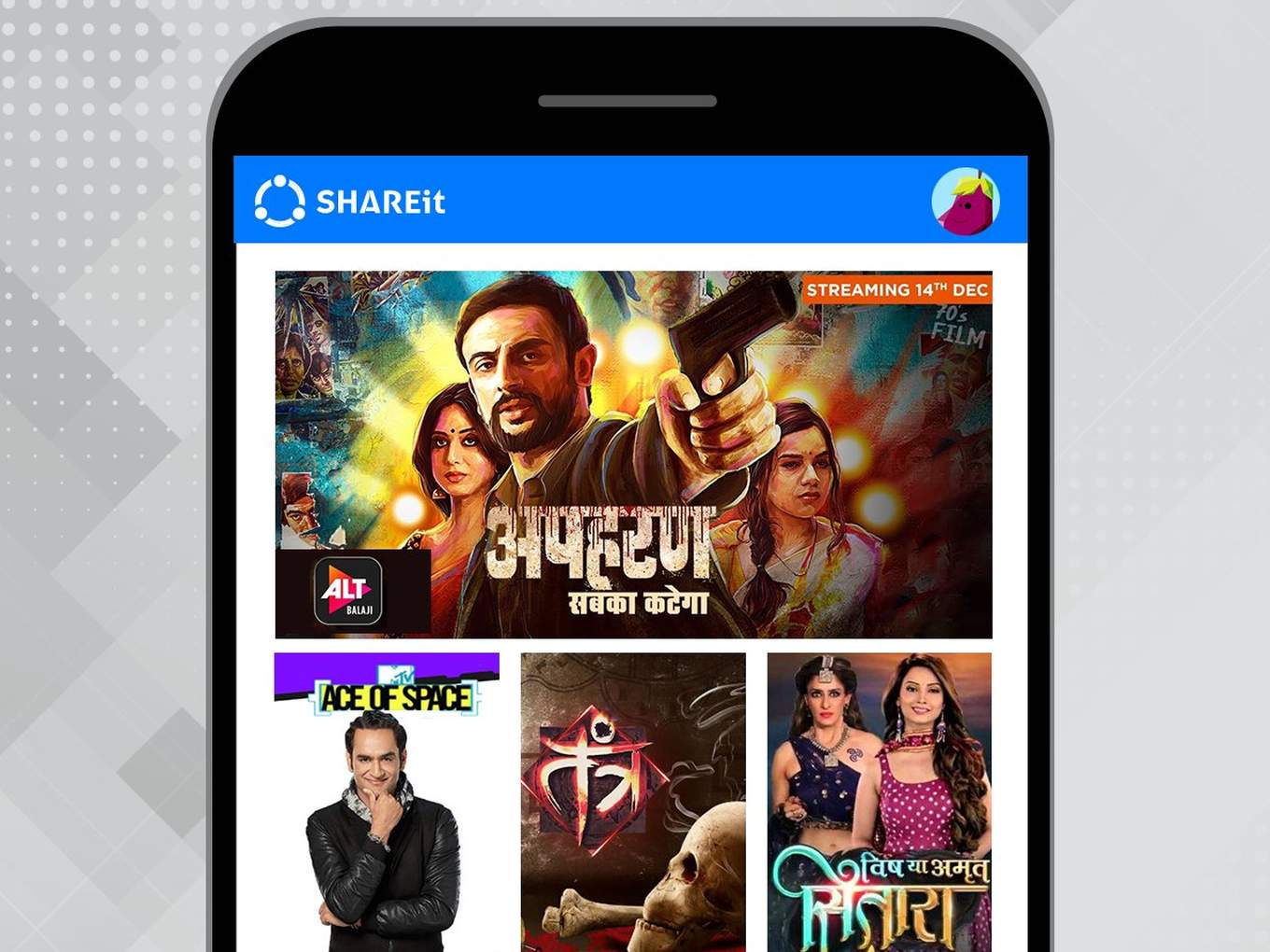 SHAREit boasts over 1.8 Bn users worldwide, with 40% of its user base coming from India

Ten years ago, smartphones were a novelty; it was a vanity purchase that very few could afford, at least in India. Splurging on an iPhone or Android phone at the time was unthinkable for many Indians. Nokia was still ruling the land and BlackBerry was still relevant outside of the enterprise. What a ten years it has been, Nokia died and was resurrected and it’s been ages since anyone heard about or saw a BlackBerry.

So much has changed in the past decade in how we use mobile devices that it’s shifted entire industries and given rise to the app economy. It gave rise to a number of smartphone companies and brands which bit the dust or ceased to be relevant in India.

But the fact is these seemingly dead brands have left an impact on the market in one way or another.

For example, even if Micromax or Lava or Intex are not in the consideration now, they certainly should be credited for the rise of budget smartphones in the country, a mantle now assumed by Xiaomi and the companies under BBK’s umbrella. It’s easy to forget or lose the influence of such brands on the Indian consumer and how the economy has been shaped.

One such brand is Lenovo, which didn’t make much impact in the smartphone market but left behind a big legacy in the form of file transfer app SHAREit, which it launched quietly preloaded with its Vibe Z smartphone in 2013. After a couple of years under Lenovo, SHAREit was hived-off as a separate company with Michael Qiu as the founder.

Six years later, Lenovo may be a mere blip on India’s smartphone map, but SHAREit is one of the most integral touchpoints in the journey for millions of new smartphone users. SHAREit lets users quickly share files over a secure WiFi Direct connection protocol and files are sent between devices faster compared to Bluetooth or NFC connections. It made sharing files easy for just about anyone and that’s what has driven its success in India. And now it’s ready for the next leap in its journey.

SHAREit India CEO Karam Malhotra told Inc42 that India accounts for the biggest user base among any other country in the world. “India is our largest market right now, with 40% of our user base coming from here. We initially focussed on product-market fit, and what we realized is we understand what people share. So we understand the apps they share, the games they share, the videos, images,” Malhotra said in an interaction recently.

This understanding has been built on SHAREit’s burgeoning user base. In fact, SHAREit is bigger than Instagram and some of the more prominent apps in the world. Globally, the company has more than 1.8 Bn installed users, putting it in the league of apps such as WhatsApp and Facebook. Malhotra said SHAREit is among the ten most downloaded apps ever on Android and globally, its monthly active user base ranges between 500 Mn to 750 Mn users, depending on the season and time of the year. In India, the company has 200 Mn monthly active users, with over 300 Mn overall. But it’s looking at a much larger audience base with its latest plans, which involve bringing premium OTT and streaming content to users at no extra cost.

The reason for SHAREit’s pivot over the past 18 months has been because of the immense transformation in how Indians are using mobile internet and the app ecosystem. Where once data-shy Indians were very miserly about using their mobile internet plans, the entry of Reliance Jio changed the game in 2016.

SHAREit’s basic premise at one point was that it let users share apps, movies, music and games instantly, and helped them preserve that precious mobile data, but now, mobile data is scarce no longer. India’s 4G mobile data plans are the cheapest in the world. So how does an app that relies on sharing content tackle this new breed of users? Malhotra said he was keenly aware of the transition in 2016 when Jio launched.

Pivoting From Sharing To Discovery

Malhotra was running his own venture FastFilmz at the time, which was acquired by SHAREit in May 2018. Malhotra became the CEO after the acquisition and began driving the India business towards the boom in content consumption. Malhotra said he witnessed this first hand with FastFilmz, which was an Indian regional language content provider focussed on South India.

Having taken the lead in the Indian market, SHAREit is now focussing on the next stage of growth. It’s doing this by capitalising on the long tail content or OTT market in India, which includes a host of players across the vast geography of the country.

Malhotra says that beyond the subscription through telecom tie-ups, the reach of premium content platforms in India is limited due to the low purchasing power in the country. “Content owners are realizing that their ability to distribute the app stops at a certain size. They know they can’t scale beyond a particular level. And that’s why they partner with platforms such as ours. We sit on a large asset, which is users.”

“There are very few companies in the world, which enjoy what SHAREit does, which is a very sticky audience. People don’t leave us. I think only WhatsApp, Facebook and YouTube know that feeling” – Karam Malhotra, CEO, SHAREit

At the same time, it’s also working with Airtel Wynk to bring music and movies to its millions of users, and it already boasts the entire VIACOM digital content library. Malhotra said SHAREit has over 20 content partners for TV shows, movies, music and games, so for recommendations, it uses AI and user data processing to surface content.

“A lot of work is happening on that. We’re now giving different buckets of content to two different people. So depending on your device, the kind of apps you have on your phone, you may or may not see certain content now.”

If given permission by the user, SHAREit can check the apps installed on the device to come up with a viewer profile. Secondly, it does curation through content from YouTube, Vimeo, Dailymotion and other open platforms, which are also its content partners. These platforms already offer insight into what’s trending and what’s being viewed in a particular area.

For now, the company is not focussing on news as it doesn’t see a user fit for news. However, it’s looking at how-to videos, and learning and educational content around popular topics such as cooking or life hacks, which resonates more with the young audience. SHAREit’s strategy might just pay off since there’s no dearth of Indian content platforms and original content creators these days. The likes of Hotstar, Netflix and Amazon Prime have been joined by Arre, AltBalaji, SonyLiv, Hungama, Voot, Sun Nxt and others.

All that is great, but the big challenge for SHAREit is around the revenue and monetisation models. In fact, monetisation only started very recently. “It’s only been monetised for six to nine months,” Malhotra admitted, but he said that the pieces are in place for revenue growth. He pointed out the company’s performance marketing team as a way to do that, which contributes 70-80% of revenue for Google and Facebook’s ad business.

He added that SHAREit is looking at monetisation models beyond ad-based revenue, such as through micro-transactions targetting markets such as Southeast Asia, which have a high propensity to spend. Will this happen in India on the same scale? Will it even work in the Indian context? “I think it’s not the scale, And you can forget about doing it with videos because too many people (partners) give it to us for free in India. We are banking big on gaming. We realised that gaming is growing at 300-400% on SHAREit. We make money through users in gaming, mostly outside India.”

The key for SHAREit would be the high engagement time that gaming offers, which means more time for users to discover new content and new games and a higher proclivity to spend. For Malhotra, that’s not just users from metros or Tier 1 cities. “So 25-30% of our user base comes from the top 10 cities, while up to 80% will come from mass market India.”

Currently, India contributes to around 25% of the global revenue for SHAREit, but Malhotra is optimistic about the high ceiling. Malhotra doesn’t rule out any option for monetisation, including building on the ads business. “I think from a monetisation perspective, India is still very hard to do if you only choose a subscription, which is why ads happen to be the second best alternative. But I know that 2 Bn out of 8 Bn total app installs in India happened through SHAREit, so it’s about leveraging this and allowing advertisers to have a better look at what apps are being downloaded and used the most, which gives them improved targeting. That’s another way of monetising.”