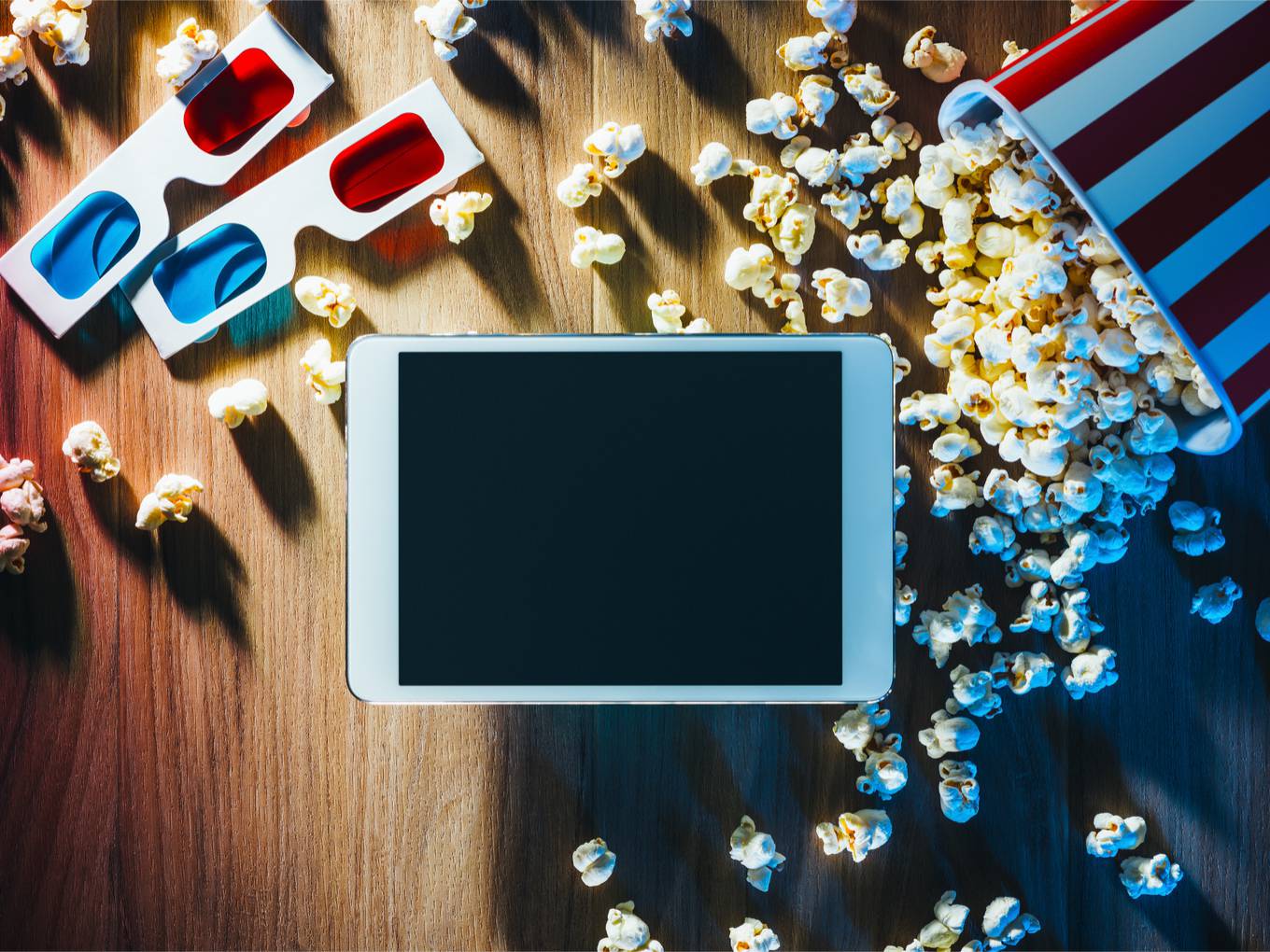 Arre has 5-6 Mn monthly active users, according to Chacko

India, a country where screens are dominated by Bollywood, is fast shedding its skin when it comes to videos and consuming content. With its immense smartphone user base, it is expected to become the second largest video-viewing audience of500 Mn by 2020 from the current 250 Mn, according to EY.

This massive surge has been driven by a fall in mobile internet costs thanks to the entry of Reliance Jio and India now has the cheapest mobile data in the world per 1GB consumed at just $0.26 (INR 18.5) compared to global average of about $8.75 (INR 600)..

Today, India has more than 30 OTT players with new ones launching every other month.

Indian OTT market is set to grow to be $5 Bn by 2023, according to Boston Consulting Group, which pegged the current value of the segment at around  $0.5 Bn. Although this trend has been catalysed by the entry of US companies such as YouTube, Netflix, and Amazon Prime Video, India has seen an explosion of homegrown content platforms such as Disney’s Hotstar, MX Player, Eros Now, Voot, Alt Balaji and ZEE5.

One of the earliest names from India in this space is Arre, which in a way was the first native creator that pioneered long-form original video content for digital audiences.

Founded in 2015 by B. Sai Kumar, Ajay Chacko and Sanjay Ray Chaudhuri, Arre, which turned three last week, is led by Chacko, a television industry veteran and a former COO at Network18. Put simply, Arre is an open OTT platform which not only creates original video content distributed through its app and website, but also for other video streaming services including Netflix. Additionally, Chacko tells us Arre “is working with a one leading homegrown and a large international OTT platform.”

The Mumbai-based startup earns revenue through a mix of branded content, advertising and syndication to other platforms. Syndication is a key avenue for bottomline growth for Indian OTT players, especially in a tightly-contested market. The rise and penetration of international streaming services such as Netflix and Amazon Prime Video in India has meant that the Indian players such as Arre are not just making original content but also acting as feeders to this growth.

Arre Studio, a dedicated wing within the company, creates large format shows and mini-series for leading OTT platforms in India. Launched last August, it’s helmed by filmmaker Harsh Dave, who has produced Indian TV shows such as Uttaran, Tumhari Disha and Rakhi, and worked on international feature films such as The Other End of the Line, Basmati Blues, and The Man Who Knew Infinity along with Sanjay Ray Chaudhuri and Sharan Saikumar.

“The studio has been a very natural extension for us. Way back in 2015-16, we decided to solely focus on doing original content,” Chacko said.

When he says ‘way back’, it is not to highlight the passage of time, but the shift in the segment and the OTT landscape in India. So, let’s take a look at what it was like back then.

Chacko says the decision to launch Arre came at a time when people didn’t really know what original content meant. He adds that people confused short form content, which was exploding on Youtube, with digital content.

“It was early on that we realised that buzzwords like snacky, short-form, viral have lost much of their meaning and the real test is engagement, watch time, and completion rates of articles and videos,” says Chacko.

Chacko saw that the core consumption driver for OTT would be original content and started synergising Arre’s resources accordingly and at the same time also invested into its existing and new franchises whether it was video or audio.

It was great timing on Arre’s part as Netflix began ramping up its content in India faster than anywhere else in the world; it is set to release nine original series this year. Amazon Prime has announced 18 original shows for India, making it Amazon’s biggest market in terms of original content outside the US.

Today India’s leading streaming service Star India’s (now Disney) Hotstar has also invested millions in original content thanks to its deep pockets, along with the likes of ZEE5, Voot, Alt Balaji and Eros Now. The boom in original content is validation for the need for Arre Studio.

“Long-form original storytelling is going to see a lot of investment and we had created 6-7 franchises which were sort of the first of its kind in India like ‘A.I.SHA’ was the first Indian sci-fi thriller in the digital space and when ‘regender’ (which explores the relationship between genders in today’s day and age), launched there was no digital reality series until then,” says Chacko.

Besides producing shows for other platforms through Arre Studio, Arre makes its money through branded content or ad-funded programming, and through licensing or syndication deals.

Like many other content creators, Arre engages brands to get seamless promotions or product or messaging placements in its shows. Its shows A.I.SHA, Official Chukyagiri and Official CEOgiri have seen brands such as Gillette, Dabur, Palo Alto Networks, Microsoft and more integrated in the storyline.

This is not exclusive to Arre, of course, and the revenue from this stream gives it a lot more creative freedom in the less commercial licensed and original shows.

Arre also creates shows or shorter video content for brands such as the four-episode for Minute Maid called Farm Life. Besides its platform, Arre syndicates these shows non-exclusively to more than 20 platforms and they are distributed on Jio TV, Jio Cinema, Ola Play, Vodafone Play, and more , which reach more than 200mn people combined.

Another source of revenue is the quasi-studio model where Arre creates shows for its own platform but also signs up partners for streaming deals on various platform for a limited duration. These shows are a mix of branded and unbranded content. For instance, A.I.SHA and Tathastu are available on Times Internet’s MX Player, while the true crime podcast Trial By Error – The Aarushi Files was also available on Saavn, besides Arre.

Both of these are run separate from Arre Studio, which is the third monetisation route.  The studio exclusively focuses on original content, but there is overlap in the way shows and videos are created. So how does Arre decide which route to go for a particular show or idea? Chacko says the route chosen depends upon the scale of the show, the story and its genre.

Some shows are more suitable for brand-heavy content while other ideas aren’t and are accordingly pitched to either brands or platforms. What helps is that every platform gives Arre a unique set of audiences, and the audience overlaps across platforms cement Arre’s brand identity.

The nature of Arre branding differs from project to project. In projects, where it licenses streaming rights, the IP is retained by Arre fully or shared with the licensing platform. In this case, Arre branding is seen throughout the show and also on all marketing collaterals. In other projects, where the IP is given to the platform, Arre is credited as the producer of the content.

In addition, Arre also monetises content on its website (arre.co.in) and apps through inventory advertising and native articles.

Here’s why Arre and other content players are rushing to fill in any gaps in the Indian market. Revenue from OTT services in the country is expected to grow at a CAGR of 45% to reach INR 13,800 Cr by the end of FY23, from the current INR 2,150 crore (FY 18), according to KPMG Media and Entertainment Report 2018.

Chacko says the company does not spend any money on customer acquisition for its own platform, and its current user base of 5 Mn to 6 Mn monthly active users have been garnered organically. Instead it focuses on creating quality content.

“We are not in the business of spending money to acquire customers or acquisition of content. We are collaborating with a lot of OTT players and for them the option is between  Bollywood and then guys like us who also get Bollywood involved. This generation of storytelling in digital has a lot of focus on writing, earlier on TV sets they used to write scripts on sets,” said Chacko.

Chacko was also slightly perplexed about the tendency in India to pigeonhole  companies like Arre as either a production house or a platform, which in his mind is slightly old-world thinking especially because platforms such as his have shown they can co-exist.

Many Players But Who Is Watching?

When asked about who the target audience is for Arre content, Chacko’s answer isn’t surprising given the rising young demographic of India. The core audience for Arre is the young generation, aged between 18 and 34, and the content is as urban as can be, showcasing millennial ideas that connect with the aspirational values of the young Indian viewer.

One does wonder whether a lot of players are competing for the attention of the audience with similar content. But Chacko says when it comes to original content, there’s a lot more that can be done. According to him there was less than 350 hours of original long-form digital content in 2017-18, and this year it is expected to cross 1,000 hours, and next year it could reach 2,000 hours. To put things in context, a single TV channel on average has about 1,500 hours of programming in a year.

“India has always been a very ad-funded market, unlike in the US and UK where fiction was paid for by subscribers. It took 25 years for TV to get subscription positive in India and the largest media company listed in the country has less than 30% of its revenue coming from subscriptions, and I don’t see that changing in a hurry.”

There’s a clear need for more original Indian content. Indian adults spent around 1 hour, 24 minutes per day with digital devices in 2018; India is the world’s second largest smartphone markets, a device which is defining content consumption in India these days, more than TV. The share of consumption over digital media is estimated to touch 30.8% by the end of the year, compared to just 17.9% in 2013, according to market research firm eMarketer.

As Chacko says, “Users have realised how to bucket different types of content. Why do you think OTTs are launching so many originals, there is a dearth of such content. 500 hours-1000 hours for a country of one billion people, is not much.”