Which Are The Most Successful Fintech Startups In India?

Which Are The Most Successful Fintech Startups In India? 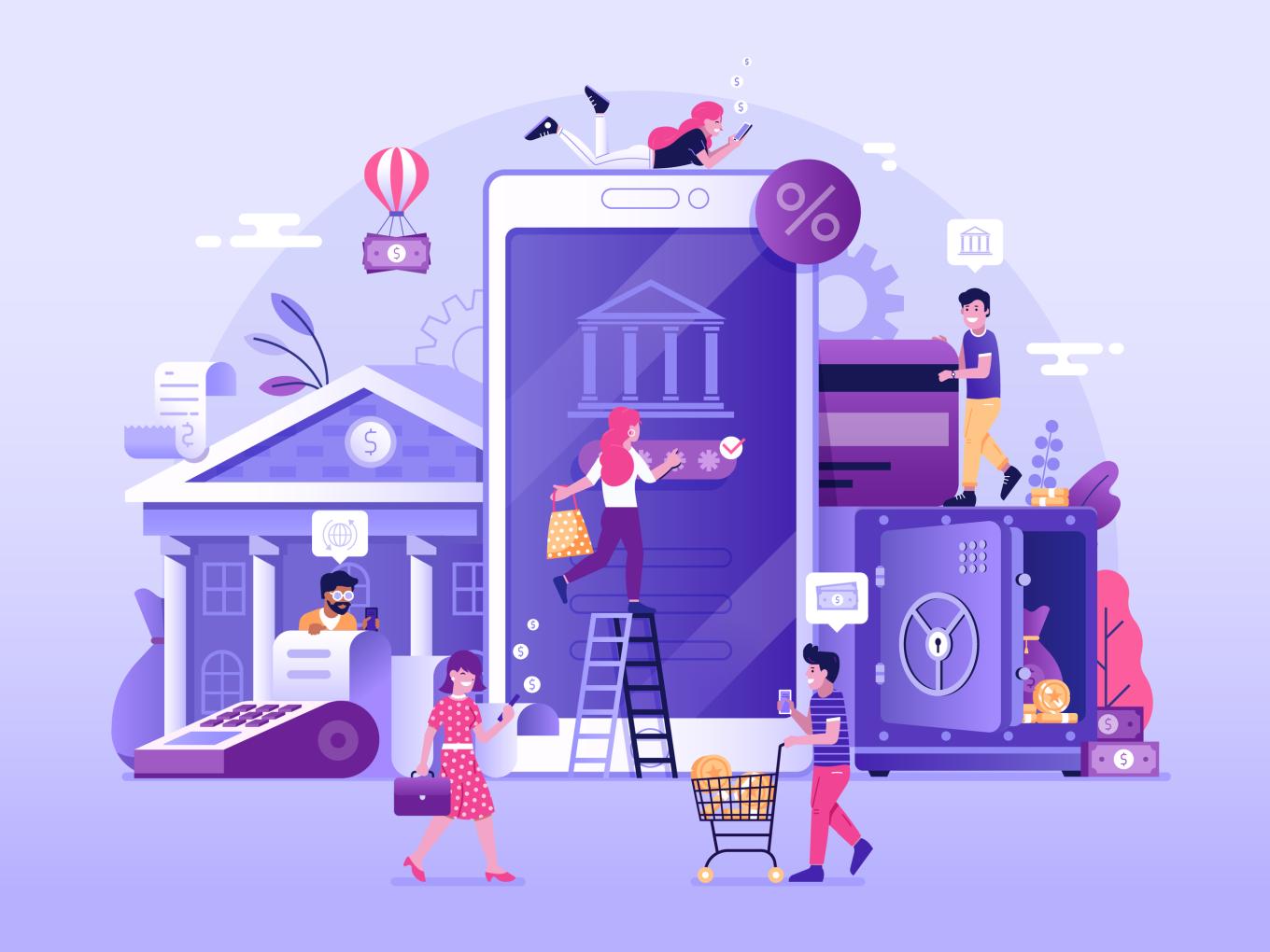 Fintech has been a transformative force in the Indian market with digital payments, lending and investments

India’s adoption rate for fintech products stands at 59%, which is the second-highest pace worldwide

Note: This is a list of the most prominent fintech startups in India, based on popularity alone. It’s not intended to be a ranking of startups in any manner.

The demonetisation drive in 2016 in India, can safely be called the landmark moment which redefined the fintech ecosystem as it was understood until then and put many fintech startups in India on the map. The ban on INR 500 and INR 1,000 currency notes, which wiped out 86.4% of cash from the economy overnight, forced the public to switch to digital payments and online transactions en masse.

It was this impetus to the wave of digitisation that led to the boom of the existing digital payments platforms and the founding of new ones. While the existing players went on to achieve soaring valuations, new fintech startups quickly scrambled to fill in the existing opportunity, and bring technology to the many sub-sectors of fintech.

Digital banks, payment wallets, UPI apps, internet banking to digital lending and insurance, fintech is viewed as a potentially transformative force in the Indian market. Simply put, fintech startups work on the intersection of finance and technology, helping to bring efficiencies in the current process and also streamlining the distribution chain of digital payments and transactions. Not only has it improved the completion rate of payments, but it has helped revolutionise ecommerce, hyperlocal delivery, online services and more.

Both ‘finance’ and ‘technology’ have been an integral part of the Indian economy for decades. But it’s only in recent times — after the November 2016 demonetisation move — that the portmanteau ‘fintech’ gained significance. While fintech startups such as Paytm, MobiKwik, Oxigen, PhonePe, PolicyBazaar among others were around before 2016, post-demonetisation they gained great momentum and turned into overnight successes.

Most Prominent Fintech Startups In India

India’s fintech segment has expanded by leaps and bounds, and the data around this industry points to a strong growth potential going forward. The country’s adoption rate for fintech products stands at 59%, the second-highest pace worldwide, and significantly higher than the global average of 33%, as per analysis by DataLabs by Inc42.

Fintech startups have transformed commerce and payments in many ways in the India market.

Here are the top fintech startups in the country:

And here’s a look at the top startups in detail:

Launched in 2010 by Vijay Shekhar Sharma, Paytm is a digital wallet company and the only company in India which has produced two decacorns (companies worth more than $10 Bn). Initially, Paytm was started as a DTH and recharge platform, with a wallet service to make payments. It has since then forayed into different segments such as payment gateway, payments bank, investments and more.

Paytm’s turning point came with the demonetisation in November 2016, when its user base grew from 125 Mn users before demonetisation to 185 Mn three months after. Since then, it has continued to grow, hitting the 300 Mn mark in 2018. The company also launched an investments and trading platform called Paytm Money, and has also entered ecommerce with Paytm Mall.

Founded in 2015, headquartered in Bengaluru, PhonePe is a financial technology company. PhonePe offers a UPI-based payments app as well as support for billing, recharges, ecommerce and other online services. As per the UPI data released for August 2019, PhonePe was the leading app for UPI payments in India.

PhonePe offers just one app to enable users to send or receive money, make mobile or DTH recharges, paying utility bills from credit card to insurance premiums, shopping through online and offline vendors or travelling. The user just needs to link their bank account to the PhonePe app and make payments through the unified payments interface (UPI) platform.

MobiKwik is an issuer-independent digital financial services platform, the company has forayed into various segments of the fintech ecosystem including digital wallets, wealth management, insurance and more.

Low customer acquisition cost, inbuilt scoring model, and quick disbursal of loans have been the key differentiators for MobiKwik. MobiKwik was one of the first to disburse a loan amount in a matter of 90 seconds.

PayU is a digital payments gateway and service provider focussed on simplifying payments for small and medium merchants by providing technology to fulfil online transactions. PayU has a multi-functional mobile app which allows online businesses to accept and process payments. Merchants can use the app to monitor their business performance and request for payments from customers and vendors. PayU provides its services in over 17 countries.

ETMONEY is India’s largest app for financial services that is simplifying the financial journey of new-age Indians. Consumers use ETMONEY to invest in Zero-commission Direct mutual funds for Free, protect their families with unique Insurance solutions & use ETMONEY Credit Card to take instant loans at low-cost. Growing at 340% yearly, combined with multiple innovative solutions, it has grown to 7Mn users from more than 1300+ Indian cities and is driving more than $500Mn of non-payment annual transaction volume on its platform.

Former Freecharge exec Pravin Jadhav and and Paytm’s Vijay Shekhar Sharma collaborated in 2018 to create Paytm Money which currently offers mutual funds among its products, promising 1% higher returns. The company recently also got PFRDA approval which means soon it might enable NPS investments on its platform too.

Headquartered in Bengaluru, the company has partnered with 40 AMCs (asset management companies) covering 100% of industry AUM of the mutual fund industry.

According to Jadhav, the average SIP amount is reported to about INR 5K to INR 6K per month. However, at Paytm money, the average SIP value is less than INR 1000. Further 85% of the transactions are under INR 500, Jadhav told Inc42 in an earlier interaction to emphasise how Paytm Money is targetting absolute first-time investors and those who simply want to save a little out of their income.


PolicyBazaar is an insurance aggregator which was started with the aim of providing transparent and accurate insurance information to consumers. A platform where consumers could not only understand the tools which would suit them best for insurance but also a platform on which they could compare products and choose the most viable option.

Reliability and security are two pillars of the company, and all communications are recorded for auditing purposes. PolicyBazaar claims a 100% YOY growth, since its inception catering to more than 100 Mn consumers.

LendingKart, which operates as an NBFC, is largely focussed on the MSME lending and capital space. The company uses big data analytics to help lenders evaluate a borrower’s creditworthiness and completes the loan disbursal process quicker than traditional banks. LendingKart’s mission is to ease credit access for SME (small & medium enterprises) in India, which have faced some liquidity crunch in recent months.

Mswipe develops point-of-sale (PoS) terminals for merchants. The company works with smartphones, tablets, computers, and links to bank accounts. Mswipe recently picked up $31 Mn in funding and looks to triple its base from 500K customers at the moment. Mswipe’s biggest advantage has been cheaper terminals than the competition, and the ability to work on limited internet connections, even 2G. This helps merchants and retailers in remote areas.

Ezetap is a digital payments startup and mPoS maker. The company makes the Ezetap device, a light-weight card reader that can be plugged into any smart device or feature phone used by a retailer. The technology allows anyone to accept cards–from merchants and cabdrivers to grocers and pizza deliverers.

In 2018, the company launched another device EzeSmart, an open-platform enabled with GPRS services, Aadhaar pay and eKYC to comply with the KYC compliance set by the RBI.

Billdesk was conceived with the idea of easing bill payments. It leverages on the economic medium to manage payments. Right from receiving bills, to remembering when to pay them, to helping sort them, the entire process has been made seamless by Billdesk. Added to that is the advantage of paying the bill at one click from anywhere on the Billdesk platform.

More recently, Billdesk as a leader in the payments business along with Visa a global tech player for payments rolled out SI-Hub, to help consumers make recurring payments using cards with a one-time enrollment as banks and merchants will be able to offer recurring payments/ standing to their cardholders.

Capital Float’s mission is to bridge the current credit gap in the market for SMEs with flexible credit products. Capital Float offers flexible, short-term loans that can be used to purchase inventory, for new orders or increase cash cycles. Borrowers can apply online in minutes, select desired repayment terms and receive funds in their bank accounts in a matter of 3 days.

Further, under fintech-centric areas as payments, insurance and advisory services, credit score builder, online lenders and robo advisors as well as overall funding for the sector, 21 fintech startups earned a mention in a recent steering committee report commissioned by the finance ministry, which highlights the growth of fintech and its sub-sectors in the Indian ecosystem.