[What The Financials] BYJU’S Set to Achieve Profitability Target Of $83.3 Mn By 2022 With Flying Colours

[What The Financials] BYJU’S Set to Achieve Profitability Target Of $83.3 Mn By 2022 With Flying Colours 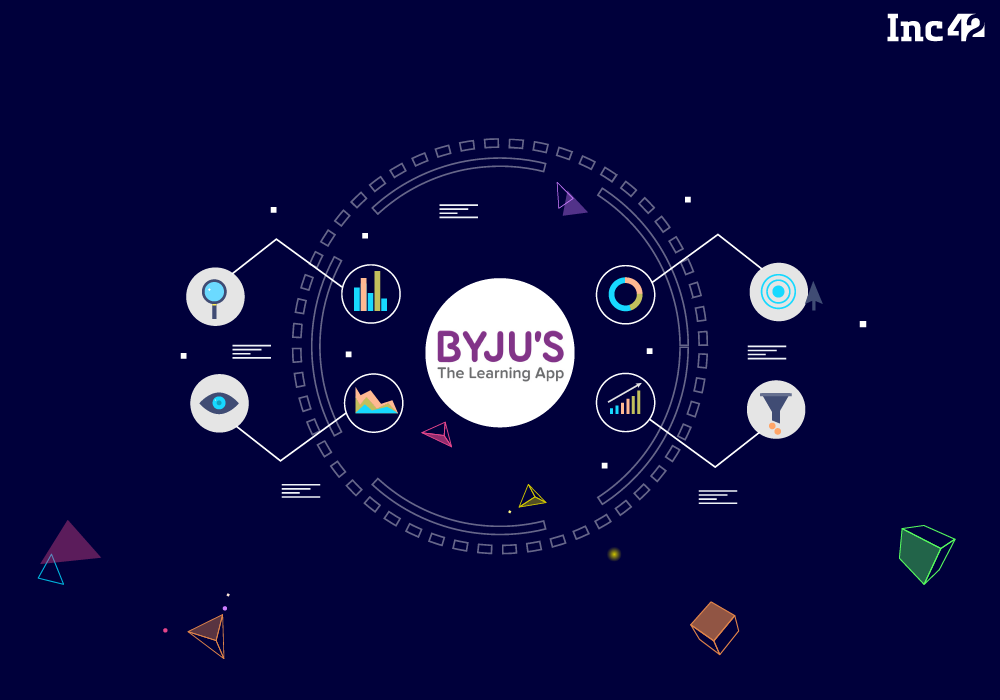 With the curtains about to close on 2018, we had thought we were done with all the startup action for this year. But edtech unicorn BYJU’S just threw up a pleasant surprise by achieving a whopping $4 Bn valuation with a Series F funding round of $328 Mn.

Earlier, in March this year, BYJU’s quietly became India’s first edtech company to enter the unicorn club. With the latest funding, it has emerged as the fourth most-valued unicorn in the country after Paytm ($10 Bn), Ola ($4.3 Bn), and OYO ($5 Bn), excluding Flipkart, which was acquired by Walmart at a $22 Bn valuation.

Compared to its peers in segments such as K12 and online test preparation, BYJU’S has been doing significantly well. As pointed out by Inc42 Datalabs in its What The Financials analysis of BYJU’S for fiscal 2017, the company claimed to be growing at an average run rate (ARR) of $9.30 Mn and a CAGR of 75% and expects to break even by 2019. However, in 2018, BYJU’S is already claiming to have achieved profitability.

BYJU’s latest feat certainly merits a deep dive into its financials. So, in this edition of What The Financials, we explore the revenue and expense projections claimed by BYJU’s for the next five years, with a view to ascertain the possibility of it reaching the projected targets in its current state of market penetration.

BYJU’S: A New Chapter Of Success

Incorporated on 30 November 2011, BYJU’S had secured $244 Mn in funding prior to the latest Series F round. The breakdown of the massive $328 Mn round is as follows:

This indicates that the company has absolutely no cash flow issues and can spend freely on sales and marketing and expansion activities in the coming years.

While the detailed financials for FY18 are not available yet, it claimed to have crossed the INR 100 Cr monthly revenue mark in May 2018. In a media statement, BYJU’S also said it has been growing 100% annually for the last three years, since the launch of its learning app in 2015.

Revenue To Almost Double In FY18

K-12 and online test preparation form the major revenue source for the company. Starting 2019, BYJU’S also expects significant revenue from its one-on-one mentoring sessions based on commission. So far, details of this offering have not been disclosed by the company.

Liquidity At Hand To Fuel Expenses For Next 5 Years

There are three segments in which BYJU’S is expecting to incur the maximum expenses till 2022.

Marketing: Being an online platform, the company incurs significant costs across channels such as digital marketing, events, and offline marketing as well as ATL marketing. ATL stands for ‘above the line’, referring to advertising that is deployed around a wider target audience, e.g. television, radio, or billboards.

Product Development: BYJU’S is working on launching international products by the end of next year. It had acquired Tutorvista and Edurite from Pearson in July 2017 precisely for this purpose.

The company has made two other acquisitions to speed up its expansion in the Indian market. This includes Bengaluru-based math learning startup Math Adventures (July 2018) and student assessment platform Vidyartha (January 2017).

Also, according to PAS-3 filing on mca.org accessed by Inc42, BYJU’S also reported an amalgamation with Mumbai-based edtech company ZEUS Learning. Thus, in its projections, the company has indicated that it will be spending a good amount on product development.

Employee Cost: With expansion activities planned, BYJU’S expects its employee costs to increase in the next five years. It is also increasing its human resource count to execute its upcoming marketing projects. For instance, in June, reports surfaced on its pilot project — Feet on Street — based on a new sales model under which executives go from home-to-home in small cities to sell its products.

BYJU’S is one of the few Indian unicorns that has always been in the headlines for the right reasons. The only speculation one could find around the company is the expected fund infusion in the near term.

Overall, BYJU’S is quietly but steadily moving towards fulfilling its projected targets in the education market of India, currently valued at $100 Bn. Going by the numbers, today e-learning in India is pegged at $2 Bn and is expected to reach $5.7 Bn by 2020.

Going forward, with expansion to the Middle East, the US, the UK, South Africa, and other African and Commonwealth market on the cards, BYJU’S profitability matrix certainly signals the emergence of another potential decacorn from the Indian startup ecosystem.