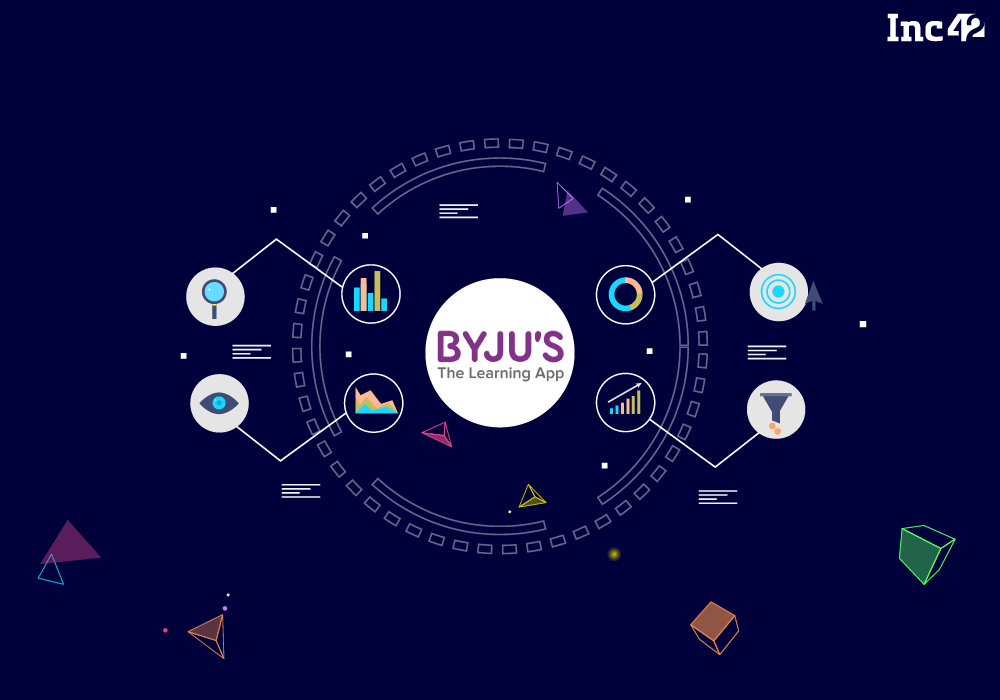 In March 2018, Edtech startup BYJU’S quietly became India’s first edtech company to enter India’s unicorn club, crossing $1 Bn in estimated worth. With around 2500 employees, clocking a total employee related expense of $10 Mn annually, the edtech startup is pushing all the pedals to achieve an exponential growth reporting revenues of $36 Mn in FY16-17 and a Y-o-Y growth rate of over 100%. The startup claims to breakeven in another year. BYJU’S was also one of the potential unicorns that Inc42 Datalabs predicted in the “The Annual Tech Startup Funding Report 2017″.

Incorporated on 30 November 2011, the eponymously named startup has secured $244 Mn in funding so far, has over 15 Mn users, with close to 900K paid annual subscriptions and a high annual renewal rate of 90%. The company claims to be on track to annual profitability in FY17-18 and is also working on launching its international products by the end of next year. It had acquired Tutorvista and Edurite from Pearson in July 2017 precisely for the purpose of going global.

Why Does It Matter?

Not long ago, in 2011, BYJU’S was a plain run-of-the-mill classroom-based, test preparation startup. Its focus was helping students crack CAT (Common Admission Test held by IIMs).

There on, BYJU’S has incorporated online educational videos, weekend doubt-clearing classes, a learning app for students, online courses and much more. Presently it has courses for students from all the way from grade 4 to grade 12, along with test preparation courses for all the major competitive exams in India.

With such impressive growth and its entry into the unicorn club, we at Inc42 Datalabs found it imperative to investigate the financial health of the company.

The comparative graph of revenue vs expense gives us two main takeaways:

Running a company involves continual examination and evaluation of its business performance. Financial ratios are tools used to assess the relative strength of companies by performing simple calculations on items on income statements, balance sheets and cash flow statements.

India holds an important place in the global education industry. As per IBEF, the education market in India is currently valued at $100 Bn and is expected to nearly double to $180 Bn by 2020. This indicates that India has a huge market scope for education industry with the country literacy rate of 75%. The country has more than 1.5 Mn schools with over 260 Mn students enrolled and about 751 universities and 35,539 colleges.

However, despite such wide opportunity available to grow and nurture a talented youth at par with the global standards, the Indian students are far behind their western counterparts, leading to one of the major crisis for the Indian government – unemployability.

According to a report by Aspiringminds in 2016, only 19.11% of 1.5 million engineers of India are employable. Numbers further show more than 30% of India’s youth of age 15-29 years are neither in employment nor in education or training. This is more than double the OECD average and almost three times that of China.

This system of improper educational, as well as vocational guidance, has created a void in the market that the edtech startups are trying to fill in. Going by the numbers, today e-learning in India is pegged at $2 Bn and is expected to reach $5.7 Bn by 2020.

Companies like BYJU’S are making the K-12 road easy for both the students as well as parents. The courses are concept-based and are not heavy on the pocket in comparison to private tuitions and coaching classes. Plus flexibility offered in adopting a learning mechanism is far more engaging than the traditional methods of teaching.By providing curated and guided education courses, BYJU’S has been able to not only digitalise the system, but it has also been able to break through the shackles of traditional education methodologies.

Having consolidated its seat in the edtech sector of India and BYJU’S is now looking to expand to the Middle East, the US, the UK, South Africa and other African and Commonwealth markets. Going ahead, what new milestones this edtech unicorn will be able to achieve in the ongoing financial year, will be interesting to watch.