Union Budget 2019: What Do Fintech Startups Want From The Upcoming Budget

Union Budget 2019: What Do Fintech Startups Want From The Upcoming Budget 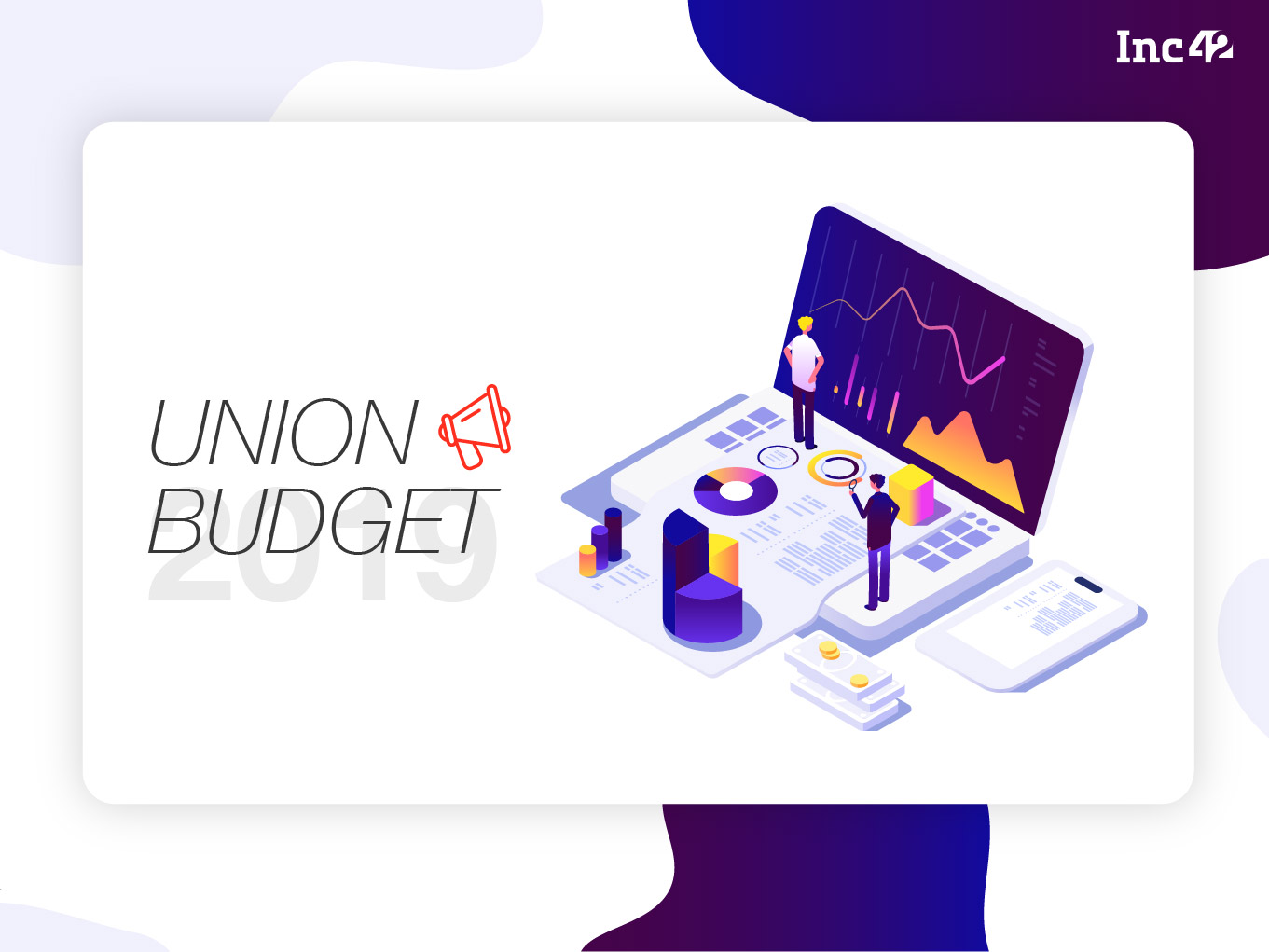 Indian fintech software market is expected to reach $2.4 Bn by 2020

Yet, the Indian fintech startups are still grappling for clear guidelines

Union Budget 2019 has knocked the doors and the Indian fintech startups have a lot to say!

Fintech as an industry gained most of its popularity after the demonetisation move in November 2016, when the Indian government banned high-denomination notes.  The initial growth wave led analysts to make high projections for fintech growth in different segments.

For instance, India’s premier trade body Nasscom estimated the Indian fintech software market to reach $2.4 Bn by 2020. Also, digital payments transaction value is expected to reach $135.2 Bn by 2023, according to an Assocham-PwC India study. Yet, the Indian fintech startups are still grappling for clear guidelines, incentivising tax reforms as well as clarity on the security infrastructure needed for around sustainable growth.

In its quest to be populist, the interim Union Budget of February 2019 didn’t address the specific needs of fintech startups. Akshay Mehrotra, cofounder and CEO EarlySalary believes the interim Union Budget 2019 was aimed largely at the middle-classes and the salaried section of the population, by offering tax relief through increasing income tax exemption levels.

However, the fintech community has high hopes from the upcoming full Union Budget 2019, considering how the Narendra-Modi led NDA government has again come into power with full majority.

“It is hoped that the coming budget will offer further tax sops. We hope to see some special incentives offered to startups, and overall reduction in corporate tax, which unfortunately did not happen in the last budget,” Mehrotra added.

Inc42 reached out to other notable players in the Indian fintech ecosystem to talk about the gaps in the industry, and how the government can address them in upcoming Union Budget 2019, which will be officially announced on July 5.

While there were many varying expectations among the startups we spoke to, there were quite a few common demands from Indian fintech startups from the full Union Budget 2019. These can be summarised as below:

Support For MSME, NBFCs Is Need Of The Hour

India’s GDP growth has slipped to a five year low of 5.8% in January- March quarter. There has also been a slowdown in credit flow in corporate and MSME sector from banks and traditional NBFCs. Ashish Sharma, MD and CEO of InnoVen Capital, believes that the one area which has been challenging is fintech balance sheet lenders; most companies are facing headwinds due to the NBFC crisis to raise both equity and debt capital.

Most of the industry stakeholders Inc42 spoke to believe that P2P lending industry is too small at present and might not even receive any mention in the upcoming Union Budget 2019. However, the industry has huge potential for growth in the coming years and the government should take some steps to push for the industry’s growth.

“Ideally, the government should make interest earned on P2P lending tax-free which will attract a lot of retail customers towards this sector,” Raghavendra Pratap Singh, cofounder, i2ifunding added.

In line with the same Bhavin Patel, cofounder and CEO of LenDenClub, believes the government should think of allowing P2P platforms in giving Mudra Loans through Mudra Bank and back the defaults through a structured guarantee from the bank.

Gaurav Jalan, founder and CEO of mPokket added that fintech companies can be allowed to participate in the recent initiative by SIDBI to provide loans under an hour and in the various measures under the Pradhan Mantri Mudra Yojna.

Speaking about the same measures, Patel added, “It will revolutionise the way Mudra Loans are reaching to the end user in the country.”

Alok Mittal, CEO and cofounder, Indifi Technologies voices the same opinion. He believes that credit inclusion for MSMEs is a critical imperative to enable growth and job creation in India. It is expected the upcoming budget will define concrete steps to mobilise access to financial services and empower the fintech startups that facilitate them.

“For instance, facilitating access to wholesale capital, and extending credit guarantee schemes such as MUDRA can help in bolstering the impact and reach of these initiatives. Similarly, opening up API based access to data within government and banking domains can help expand the reach of digital credit,” Mittal added.

“Less-Cash Society And A Less-Card India”

The RBI in its recent vision statement for payment systems had mentioned that there is a need to push for a “less-cash society” along with a “less-card India”. This can be achieved by taking steps to promote digital payments and improve the supporting infrastructure for digital payments.

First and foremost, the fintech community is expecting continuity and implementation of all ambitious schemes such as Ayushman Bharat Scheme announced by the government previously as well as higher tax relief. Gaurav Gupta, cofounder and CEO, Myloancare added the need for more clarity on eKYC using Aadhaar and a further push to digitalisation that can allow startups to offer instant loans and reach out to the previously unbanked population of the country.

Further, the government is expected to introduce budgetary concessions for digital payments and thereby reduce dependency on cash. Customer facing costs on IMPS transactions should be removed, added Abhishek Ray, head of legal and compliance, ePayLater.

Many fintech founders agree with Ray’s suggestions who added that in terms of improving the infrastructure, additional resources should be allocated to improve Wi-Fi penetration in rural India. The government could consider using the existing network of post offices to create Wi-Fi spots. Entry-level smartphones till a particular price point and technical specification should be exempt from taxes, he added.

Anand Kumar Bajaj, founder and CEO, PayNearby chimed in with the importance of AePS devices, which allow citizens to easily access government DBTs.

“It would be encouraging for the pro digital government to make these devices available for free to the business-correspondent industry directly from NABARD. It would help in promoting digital payments in line with the government’s intent,” Bajaj added.

Will Fintech Get A Boost From Budget 2019?

The fintech ecosystem has developed tremendously over the last few years and India is among the leading markets with respect to the pace of adoption of fintech. Payments have clearly led the way, where India is on the cutting-edge globally thanks to measures such as UPI and BHIM.

The other sub-segments which are growing are financial services aggregators, lending platforms new-age Insurance players, platforms catering to the distribution of third-party savings, and investment products.

And as Shanti Mohan, the founder of LetsVenture, said in a recent guest post for Inc42, the fintech revolution is slowly bringing together the existing technologies on one platform.

“While digitisation is the beginning of the revolution, it is further leading the millennials to the future comprising smart homes, smart cities, smart contracts, open banking and much more. Definitely, the future with fintech is worth looking forward to!”