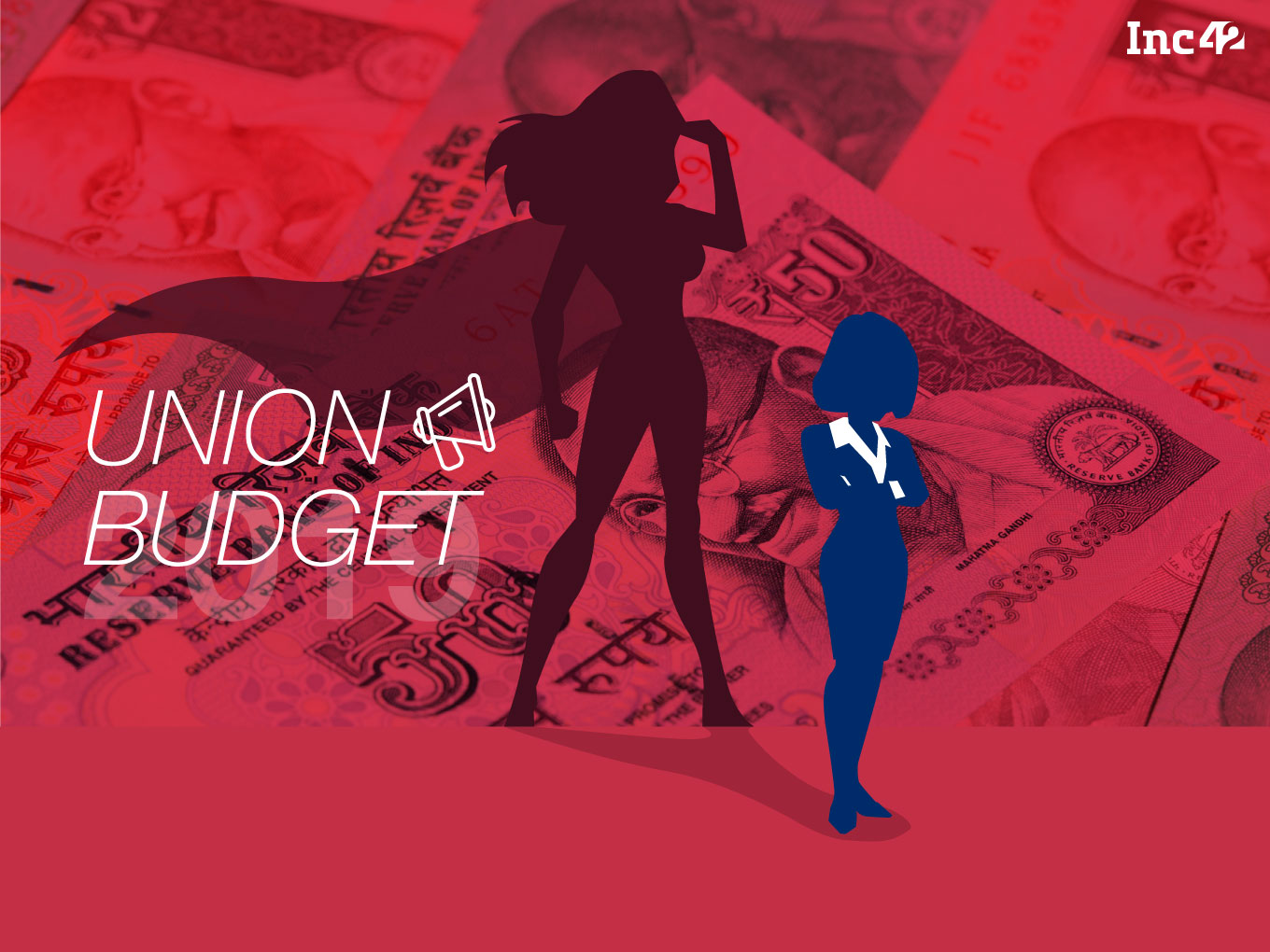 Most of all, the women entrepreneur community has applauded the steps taken on the SHG front

Nirmala Sitharaman’s budget was certainly a breath of fresh air for the Indian startup community considering the several measures taken for boosting the segment at a global level. In 75 years of independent India, this is the first time, a woman finance minister presented the budget, thereby making an average Indian women entrepreneur pin high hopes on the future from Union Budget 2019.

As expected, the Nirmala Sitharaman budget took great pride in the contribution of Indian women in different segments of society and different spheres of human life. However, still, the budget can be said to be a satisfactory one and certainly missed a number of expectations from the community of Indian women leaders.

Nevertheless, the Nirmala Sitharaman budget left no stone unturned to emphasise the importance of women entrepreneurs and women upliftment in the country.

Quoting Swami Vivekananda’s letter to Swami Ramakrishnanda, the finance minister said, “There is no chance for the welfare of the world unless the condition of women is improved. It is not possible for a bird to fly on one wing”.

She further added that the government believes that India can make progress with greater women’s participation and there is no segment of human life where the contribution of women is not significant.

“This Government firmly believes that the socioeconomic transformation that is taking place, particularly in the last decade, Indian women’s role and leadership is distinct. The recent elections have shown record turnout of women voters at par with men. We also have a record 78 women MPs here. This reinforces our approach of going beyond just women-centric-policy making to building women-led initiatives and movements,” she added.

Here are the key highlights from her while presenting the Union Budget 2019 today (July 5, 2019):

Union Budget 2019 For Women: The Highs And The Lows

During the interim budget 2019 presented by interim finance minister Piyush Goyal and before the commencement of full budget 2019, Inc42 reached out to a number of women entrepreneurs and investors. Most of the women leaders identified gaps in credit availability, gender disparity, rural women upliftment, education among others. To some extent, the Nirmala Sitharaman budget touched upon all these issues in a direct or indirect manner, while still leaving gaps in certain areas.

Most of all, the women entrepreneur community has applauded the steps taken on the SHG front. Women entrepreneurs including Sonica Aron, founder and managing partner, Marching Sheep, believes that promoting women SHGs is a very welcome move and will also enable women to start their own initiatives leading to independence and empowerment.

Further, the mention around a committee for gender analysis as well as the extension of Stand Up India programme until 2025 was considered a much-needed move by the women leaders community.

Yet the women leaders were expecting a bit more from this year’s budget. As Sonam Shah, founder and CEO, Treize Communications highlights, with only 25% of India’s labor force being female, India come under the world’s lowest GDP contributors at just 18%. Thus, these steps are not enough.

In line with Inc42’s previous conversations with the women entrepreneurs and investors, the Nirmala Sitharaman budget failed to touch upon the below-mentioned requirements:

The interim budget mentioned that the requirement of sourcing from SMEs by government enterprises has been increased to 25%.  Of this, at least 3% was to be sourced from women-owned SMEs. However, the full Union Budget 2019 had no mention of this.

Nandita Bhatt, director, Martha Farrell Foundation adds that one area where the government should have considered investments was making workplaces safe and spread greater awareness about sexual harassment among masses in India to alleviate its existence, which will also go a long way in improving women’s participation in the workforce.

Further, Apurva Damani, Director – Artha India Ventures believes that while rural women SHGs do get a push to pursue entrepreneurship, interest subvention does not truly solve the real problem of access to credit. Data shows that women who take loans are more credit-worthy than their male counterparts, with a higher likelihood of repaying their loans on time and a lower likelihood of default.

“The government should increase the line of credit accessible to rural women entrepreneurs, such as an INR 2 lakh to INR 15 lakh line of credit, that truly gives them the freedom to set up a business,” she added.

In all, the women entrepreneurs, investors and other stakeholders working with the women-led startups have welcomed the Union Budget 2019. Saru Tumuluri, CEO, Khosla Labs believes this is an exciting time for women entrepreneurs in India and expect to see more female entrepreneurs become a part of India’s startup ecosystem.

Divya Jain, cofounder and CEO, Safeducate further accepts that the latest budget reflects that government has recognised the contribution of women in every sector of the economy and has appreciated the fact that more women entrepreneurs are necessary to build a robust economy.