Union Budget 2019: Women Entrepreneurs Weigh In On The Budget

Union Budget 2019: Women Entrepreneurs Weigh In On The Budget 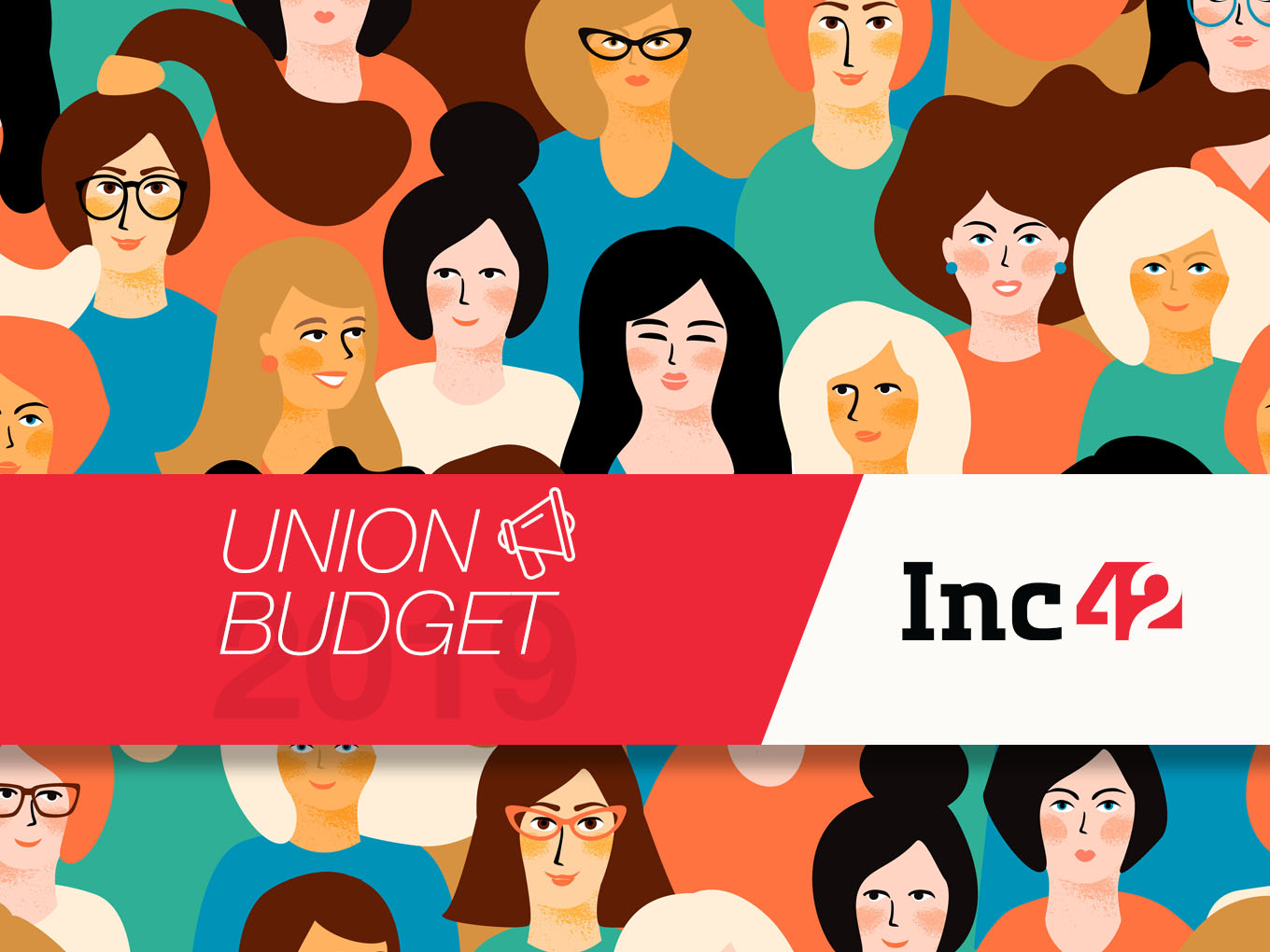 The broad narrative of the Interim Budget 2019 is one that is pro-economy, pro-development

In the past 71 years of independence, women empowerment has always been an easy calling card for governments to make budgets more acceptable to the people. The interim Union Budget 2019, was no different.

Touted as the pre-election, ‘populist’ budget, the Budget, presented today by interim finance minister Piyush Goyal, did not impress many of the women entrepreneurs that Inc42 surveyed. While some felt that it was mere lip service, many welcomed the measures taken towards the upliftment of rural women but said that the budget was certainly not ‘up to the mark’ from the overall startup ecosystem perspective.

One of the biggest initiatives announced by Goyal as part of the budget was the Ujjwala Yojna, which the government claims has distributed 6 Cr LPG gas connections and is on heels of touching the 8 Cr target next year. Also, the finance minister shared that 70% of the beneficiaries of Pradhan Mantri MUDRA Yojana are women. Further, as per the Union Budget 2019, the requirement of sourcing from SMEs by Government enterprises has been increased to 25%.  Of this, at least 3% will be sourced from women-owned SMEs, Goyal said.

Inc42 connected with a few women entrepreneurs to understand their viewpoint on the budget.

As Priyanka Gill, founder and CEO at POPxo says, “The broad narrative of the Interim Budget 2019 is one that is pro-economy, pro-development. The 10-point agenda in Vision 2030 lays out a sharp roadmap for India’s growth. INR 1,330 Cr provided for Protection and Empowerment for Women at the Budget 2019. These are much-needed steps of a progressive nation.”

The Union Budget 2019 further highlighted the benefits of government-mandated maternity leave of 26 weeks and Pradhan Mantri Matru Vandana Yojana for pregnant women which provided financial support to women while empowering them to participate in work.

As Gill says, this certainly gives a sound of a progressive India. However, the question here is: Are the steps taken to empower women sufficient? and has the government done enough to support women in the startup ecosystem?

Both Sairee Chahal, founder and CEO, SHEROES and Srishti Baweja, director E2E Networks believes that although Mudra Yojna has its benefits, it needs to be evangelised way more. “There is still large pockets of women unaware of it, even though interest in entrepreneurship has gone up,” adds Chahal.

3% Procurement Of Goods From Women-Led SME’s Is Ineffective

While Ragini Bajaj Chaudhary, India CEO, Gray Matters Capital sees this as a means for bridging gender gaps at the rural grass root level, Kajal Malik, cofounder Reculta, have a bit different opinion here. “Almost 45% of startups have at least one female cofounder and therefore the condition of 3%, while commendable, is like a drop in the ocean. 45% of 25% is 11.25%. Therefore, prescribing a minimum of 10% sourcing from women-owned SMEs might have been a more concrete step,” she added.

Maternity Benefit: A Cost Burden And Promoter Of Gender Disparity

Neha Bagaria, founder and CEO, JobsForHer considers maternity incentives as gender disparity.  “What about balancing paternity leave directives? Men should be incentivised to take longer periods of paternity leave as well. Paid paternity leave can have positive effects on gender equality at home and at work, disrupting prevailing stereotypes,” she said

Kanchan Mittal, cofounder and COO, Ipsaa daycare further adds that from the business point of view, both the moves made it more expensive for organisations to hire women and many are trying to avoid the compliance by avoiding hiring of women. “Unfortunately the well-intended amendments will result in an effect that is opposite of intentions if this is not taken care of,” she added.

According to the women entrepreneurs, this (LPG) is just one among the several issues faced by the rural women, thereby creating several roadblocks in government’s women empowerment drive. “In most of the villages, women are still not allowed to go out of their homes,” said Divya Jain, CEO, Safeducate.

Even though through various schemes such as PM Mudra Yojana, Government have been trying to educate women and work towards the cause of women empowerment, but still a lot of women have been deprived of it. “But, we expect that government’s target to create one lakh digital villages will help to reach those women and skill them. Digital villages will likely ensure such benefits reach them faster now,” Jain added.

The interim budget disappointed the startups on a few fronts as well. As Malik highlights, there are still gaps in the system which makes it difficult for women-led startups to access funds or credit. “Banks are still not ready to give larger collateral-free loans to women looking to start up or grow their own businesses.”

“Also, the ticket sizes for loans provided under MUDRA scheme to women entrepreneurs are quite small and often inadequate to set up certain kinds of capital-intensive businesses (including those that require longer gestation periods or investments into R&D etc) which can be scaled-up meaningfully or which can provide employment to large numbers,” she added.

Full Budget Should Focus On Education, Ease Of Funds And More

In the upcoming full budget, expected to come in July post-election, the women entrepreneurs have certain demands on the table for the budget which will be tabled in the Monsoon session. This includes:

While the current government’s aim to create an environment of women-led development is a very progressive one and a step in the right direction, a lot more needs to be done at the ground level to ensure that this does not end up as just pre-election propaganda.

Women entrepreneurs interviewed by Inc42 suggest that a stronger focus on hiring and retaining more women in the workforce as well as impactful women specific employment policies that can absorb and support women in the Indian workplace is the need of the hour. At the same time, we need more support for women-led businesses creating tangible value for women consumers – from menstrual products to social platforms and healthtech.

Further, Baweja believes that the policies against sexual harassment pay lip service to the women empowerment and result in additional paperwork/return filing for businesses, but it doesn’t help the cause of women empowerment much. “The government should move from bureaucratic solutions and should focus on mission mode mindset change via education,” she added.

“The number of women entrepreneurs is definitely rising. Women are willing to take risks and step out of their comfort zone. However, this process begins at home. The average Indian woman is raised with notions of finding a husband, running a kitchen and being taken care of post-marriage – never the encouragement that she too can run a successful business. These ideas are instilled within her over the years. I would like to see that mindset change, which of course will take time and that would truly be empowering girls for me.”