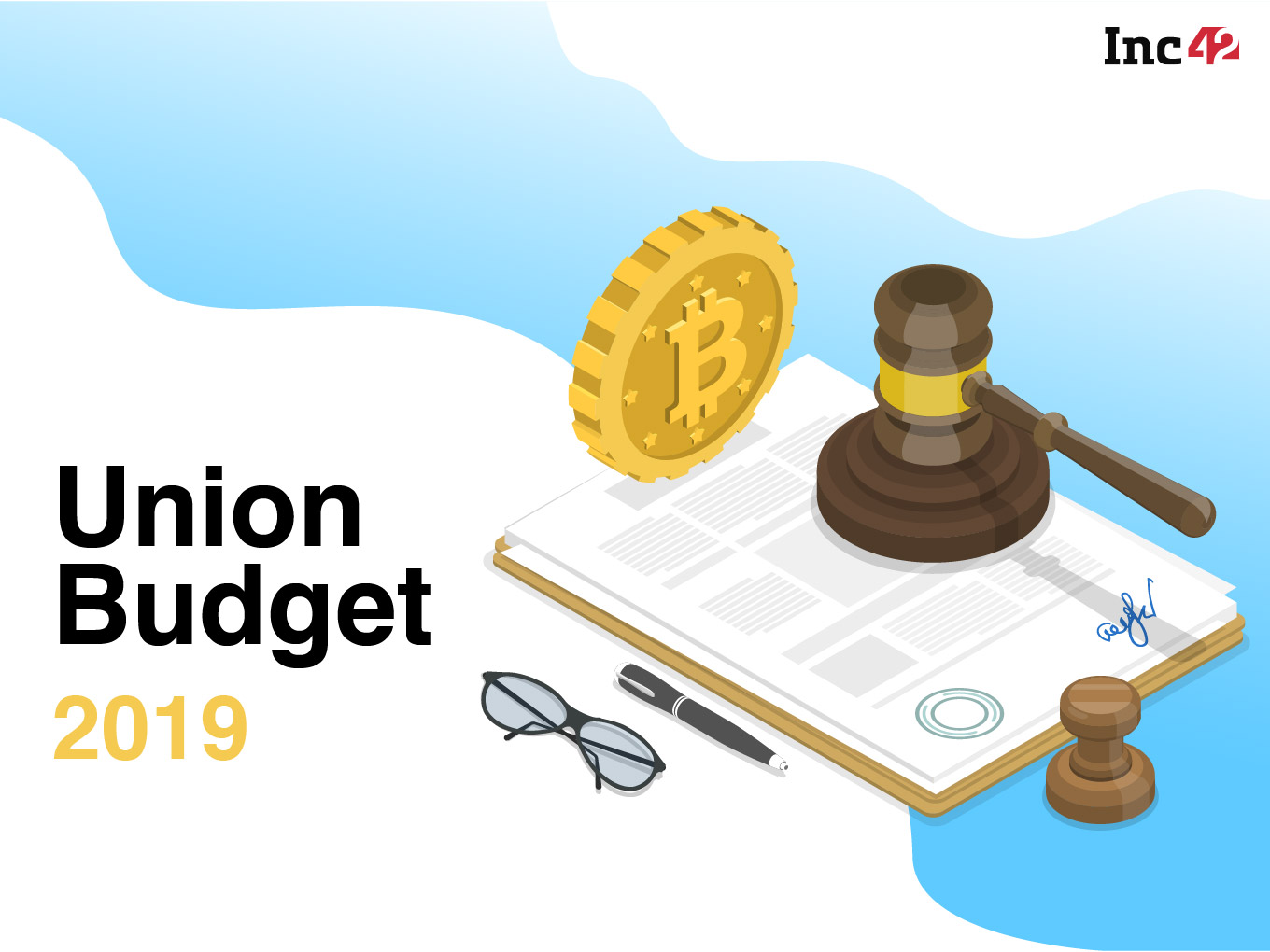 Over the last two years, the Indian government seems to have been on a mission to delink blockchain and cryptocurrency. And, as part of the same, the Reserve Bank of India has announced plans to create a regulatory sandbox for fintech startups including applications of blockchain, but excluding cryptocurrencies and ICOs.

However, the Indian blockchain industry is still in its nascent age and a majority of the industry players are major startups which are facing problems at many fronts. According to Inc42’s Blockchain Technology India Report 2018, India has currently around 100 blockchain startups and many of them have even opted for the ICO route to raise funding. Since ICOs have not been seen as a legally sound way of fundraising in India, many Indian startups such as Drivezy looked to Japan while raising funding through ICOs.

With India having 39K active startups, each with their own unique needs and demands from the Union Budget 2019, will finance minister Nirmala Sitharaman take up the concerns of a few hundred startups that are focussing on blockchain-based solutions?

This could be a natural question for the uninitiated, but over the years blockchain has proven itself as an effective and transparent platform in numerous applications including banking services, land registration, supply chain management, identity management, voting, education, healthtech and so on.

Speaking to Inc42, Sai Teja, founder and CEO of Hyderabad-based LaunchMyICO said, “I remember, the prime minister of India, while speaking at the World Economic Forum last year, had said that new technologies such as AI, ML, IoT, blockchain and big data will rather change the nature of employment and help in generating more opportunities in the country. This also reflects the centre’s increased understanding of blockchain which is a proven technology.

Considering India is one of the largest tech markets in the world, the country is far behind in blockchain technology be it in terms talent pool, funding or the R&D. In terms of patents pertaining to blockchain, India is ranked sixth in the list with a total of 67 patents approval in 2018. China leads the chart with almost 790 patents approvals, followed closely by the US with 762 patent approval. Similarly, South Korea, Australia and Canada had received 161, 136 and 67 patents approved, so Indian startups and blockchain companies have a lot of catching up to do.

Speaking to Inc42, Raunaq Vaisoha, cofounder and CEO of blockchain startup Elemential said that when it comes to new technologies, implementation is the best form of R&D because only when technology is put through the market tests can you find its limitations and work towards scalability.

Expecting the government to allocate more funds, Vaisoha added, “Our expectations from the budget would be more funds allocated to think tanks, research grants and actual pilots with startups in India. I believe that India has a tremendous amount of human capital and startups eager to contribute towards blockchain development. With the right contribution and backing from the budget, we can give our talent base the right opportunities to grow their experience and make India a leader in the space.”

There’s more to be done to fuel funding in blockchain startups. Sanachit Mehra, founder and CEO of Cateina Technologies told Inc42, “The blockchain space in India hasn’t been too active in terms of the deals financed by VCs because of a lack of tech understanding and secondly, the lack of regulatory frameworks to govern trade enabled by DLT. Incentives in this space would be welcome.”

Commending the moves by RBI for setting up a regulatory sandbox and TRAI for making mandatory to use blockchain for tracking spam messages, Mehra further said that a sandbox for developing solutions for priority areas is a good start. Regulatory sandboxes have to still function within the boundaries of the legal ecosystem. While providing a sandbox for crypto trade might be untenable for now (since the matter is sub-judice), there still are valid takeaways from the proposal. Even without crypto trade, blockchain and distributed computing frameworks still require a novel perspective of defining competition, compliance and ownership.

Seconding this, Teja asserted that Union Budget 2019 must pave the way to create blockchain labs across the country. The blockchain labs could not only meet the technical problems but the impact will be well beyond.

Today, a majority of court cases in India is related to land deals. Blockchain can significantly reduce that. Think about it. – Sai Teja, LaunchMyICO

Govt Should Ensure Flow Of Funding, Talent And Innovation

Many IITs are actively working numerous blockchain projects.  IIT-Kanpur in particular has been commissioned a project by National Cyber Security worth $5 Mn to develop indigenous blockchain architecture for e-governance.

However, the fact remains that over 90% of blockchain projects in India have not been able to cross the PoC (Proof of Concept) stage. Karnataka, Andhra Pradesh and Telangana state governments have been organising numerous events around blockchain, but are yet to adopt the technology-based solutions.

Arpit Ratan, cofounder of Signzy said that startups find it very difficult to engage with PSUs when applying for tenders and RFPs. So, what possibly the government can do is allow PSUs to have an innovation fund to invest in technologies such as AI and Blockchain, which make it easier for startups to get through the RFP route. Most of the blockchain and AI companies are small young startups, and in most cases, they find it challenging to get through RFPs, which usually mandates experience from the participating companies.

The idea of the innovation fund is to allow startups to reach out to PSU in a more accessible manner than what it is today. This will possibly also allow PSUs better accessibility to new technologies.-Arpit Ratan, cofounder of Signzy

Teja gave an account of the slow adoption and acceptance for blockchain, “In the past, a slew of PoCs have been submitted to various state governments in the areas of transportation, land acquisition, energy, etc. However, the state governments are waiting for the Centre to guide on the issue. There seemed to have a state of confusion at the governance level.”

For startups, a long waiting period is simply untenable, as a result, not only talent but even startups are rapidly moving outside India.

However, the last Modi government, despite recognising blockchain as an essential technology to move forward, did not do much on the ground beyond producing reports.

As part of the implementation of Budget 2018-2019 where the government had promised to explore use of blockchain technology proactively for ushering in digital economy, the finance ministry had revealed plans to set up a distributed inter-institutional Centre for Excellence in blockchain technology with premier academic institutions, government departments, research institutes, Ministry of Electronics And Information Technology (MeitY) and Centre for Development of Advanced Computing (C-DAC).

Given the fact that Interim Budget from February 2019 already presented a budget outlay 13% higher than the revised estimates of FY19, the big question is, how much room Sitharaman actually has to dedicate resources and time towards what blockchain startups want from the government and the Union Budget 2019.