Blockchain This Week: India Ranked Sixth In The No Of Blockchain Patent Approvals, And More

Blockchain This Week: India Ranked Sixth In The No Of Blockchain Patent Approvals, And More

UNICEF is applications to fund blockchain, drone and AR/VR startups 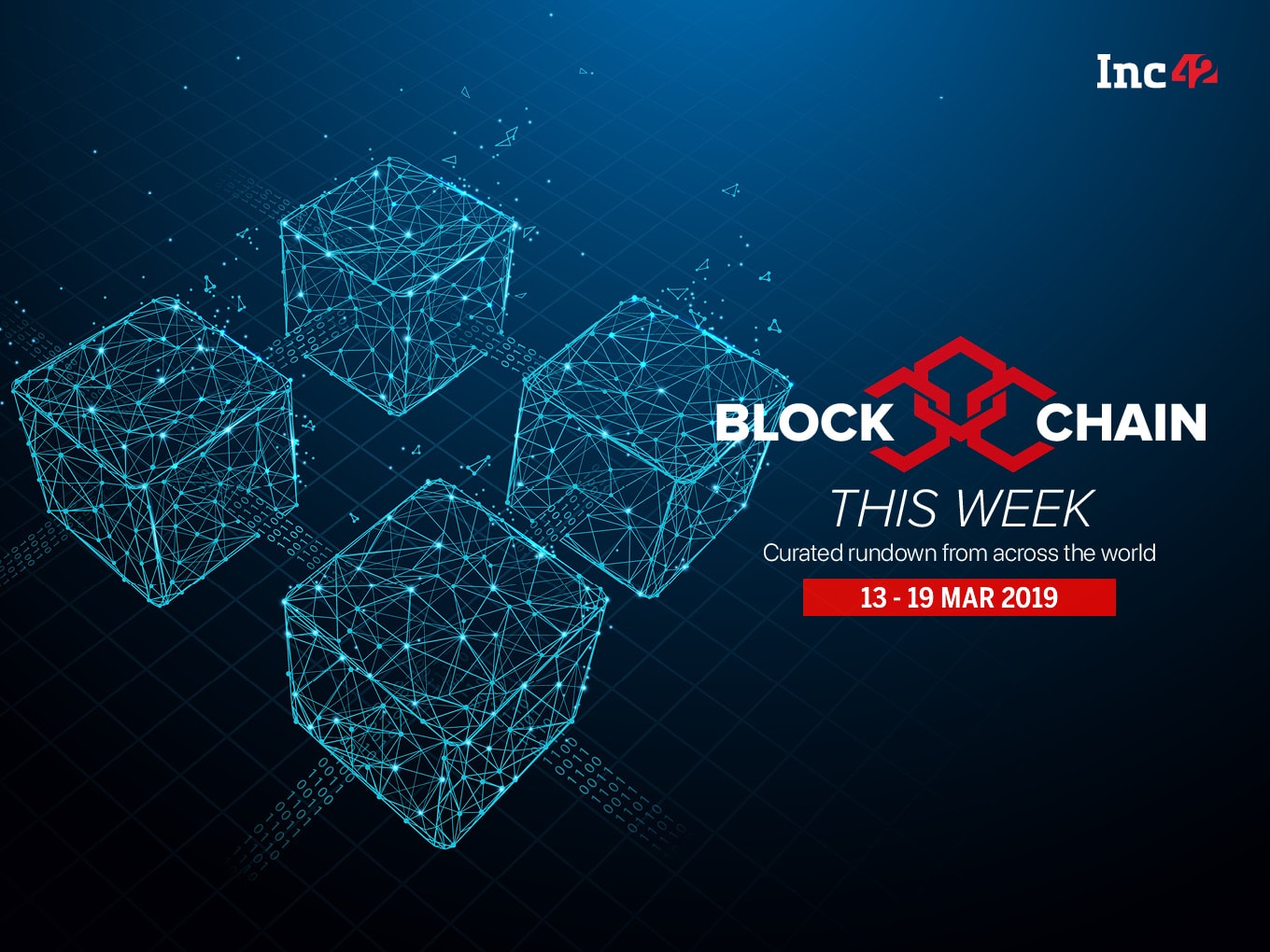 One of the many takeaways from blockchain-related market surveys is that blockchain is still relatively young in the mainstream market and its actual deployment is not yet widespread. However, blockchain technology is currently being adopted at all levels of the business environment.

To prove that, Hard Fork recently pulled out data from the World Intellectual Property Organization’s (WIPO) to understand the scenario of patents and key trends in the blockchain space. Fork’s findings suggest a record surge in patents approvals in 2018, with total 1,060 patents published in 2018.

Interestingly, India is ranked sixth in the list with a total of 67 patents approval in 2018. China leads the chart with almost 790 patents approvals, followed closely by the US with 762 patent approval. Similarly, South Korea, Australia and Canada had received 161, 136 and 67 patents approved.

Blockchain solutions are showing up in the fields of utilities, healthcare, payments, supply-chain management, government, agriculture, and more.

According to the data compiled by Hard Fork, global technology companies like Microsoft, IBM, Intel, MasterCard, Alibaba and nChain Holdings Limited have filed up to 230 patents. This year, WIPO has already granted close to 242 blockchain related patents, so far.

With that here are the latest blockchain-related developments this week:

Mumbai-headquartered Tata Consultancy Services (TCS) is collaborating with Microsoft and enterprise blockchain software firm R3 to drive blockchain adoption across industries. The company said to use Microsoft Azure Blockchain Cloud to atop R3’s Corda Enterprise to offer solutions. The company is developing five Blockchain platforms that include digital identity, track and trace, assets in common, asset monetisation and tokenisation.

“Some of the anchor solutions that we are building on these platforms include skills marketplace, anti-counterfeiting of luxury goods, affordable mobility, shared telecom infrastructure for 5G and loyalty and rewards programmes,” TCS blockchain services global head Lakshminarasimhan Srinivasan said in a statement.

UNICEF Innovation Fund has marked $17.9 Mn to invest in early-stage startups specialising on VR/AR, drones and blockchain technologies, with the potential to impact children on a global scale. It is currently inviting startups to send their proposal. The fund will invest $50K-$90K equity-free investments to the startups selected in the programme. It has previously invested in 33 startups, of which five were India-based namely: Ninaad, TeliportMe, StaTwig, Veative Labs, and Avyantra.

The deadlines to submit applications are as follows:

Lawmakers in the US state of Colorado have reportedly filed the bipartisan house bill 1247 proposing that the agriculture department assemble an advisory group to study the potential applications for blockchain technology in agricultural operations. The lawmakers have identified implementing blockchain in the food supply chain, controlling inventory and monitoring in-field conditions such as weather and soil quality.

The advisory group is said to report back to the general assembly with its findings and recommendations for any legislation by January, next year.