The Reset: Online Gaming Comes Of Age As India Looks To Escape Lockdown

The Reset: Online Gaming Comes Of Age As India Looks To Escape Lockdown 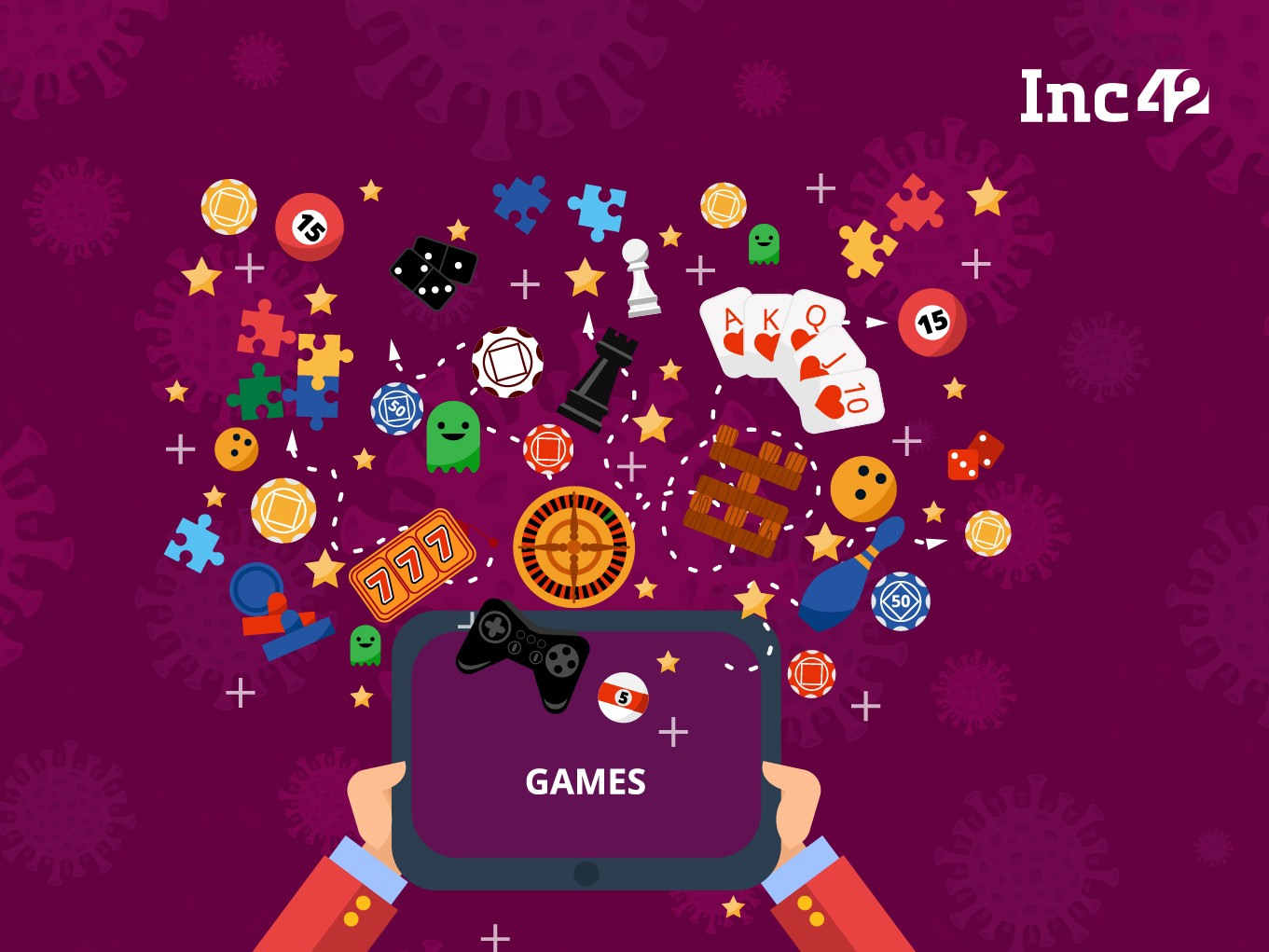 With mega sports events such as the Olympics cancelled, esports could emerge as a lucrative trend

When the world gets so bleak that one cannot bear reading the daily news, we all turn to artists, designers and creators in search of hope. Any global crisis whether it’s economic or social such as the current coronavirus or Covid-19 pandemic, almost always ends up increasing the demand for gaming, entertainment and recreation. This time around with the world locked indoors, the same has happened for online gaming in the Indian context.

India’s stringent lockdown has pushed people to stay inside their homes and limit their physical interactions outside the four walls. Naturally, people have turned to the digital world to stay connected and work. Like Nazara Games CEO Manish Agarwal says, “Gaming has become a way to reach out to your friends, to move beyond corona small talk. How long can one keep talking, people are drifting towards online games to revitalise those connections.”

On a similar note, Paytm founder and CEO Vijay Shekhar Sharma, also noted in an AMA session with Inc42 that one cannot just continue to consume passive entertainment such as Netflix, TV shows, and TikTok.  And gaming provides a break from that passiveness, gaming is a cognitively loaded way of entertainment. This pandemic will earn gaming a permanent place among Indian consumers, Sharma believes.

Indians have taken to multiplayer gaming like never before as an outlet for lockdown frustrations and the grim reality outside. According to an AppsFlyer report, gaming apps have enjoyed an increase in revenue in recent weeks, particularly among casual games whose revenue climbed 18% this week and 39% since the week before.

“We saw a couple of 100% surge in gaming, this is because we had casual games that you can play sitting at home like Ludo etc. The company Ludo King in Mumbai is incredibly successful today,” said Sharma.

Multi-game platform Mobile Premier League also saw a 55% increase in the total number of daily gameplays on the platform, over the last month. World Cricket Championship (WCC), Pool, Fruit Chop were some of the titles that did well for the platform in this period.

Adda52 reported a 50% increase in new users daily as skill-based games like rummy prove to be effective in distracting and keeping players engaged during the lockdown. The company witnessed a 150% growth in users who sign up and add cash to avail bonus offers and free tournament tickets on first deposits.

“Our new user acquisition has increased by four times. Between March 23rd and April 7th, WCC saw a 100% increase in the number of daily gameplays, while Pool saw an 88% increase and Fruit Chop saw a 54% increase,” said Naman Jhawar, VP strategy and operations of MPL about the company’s World Cricket Championship game.

Similarly, WinZO Games experienced a 30% surge in Tier1 cities’ traffic in the first week of April. Further, the number of players and time spent on the app grew by a record high of 3X. “Following the current trends, our team rushed to launch PUBG Mobile, Free Fire, and Ludo to cater to the new audience adopting the platform for free,” noted cofounder Saumya Singh Rathore.

Last year, Nazara’s Agarwal pegged competitiveness or collaboration as the only two behaviours that will bring monetisation to gaming products in India. Describing the users, Agarwal had then said, “When my ego gets hurt, then I pay for it, or if it’s a super huge gratification or collaboration happening and I feel nice — that’s only when I am going to pay.”

He added that this is usually seen in real-time multiplayer games. But for multiplayer gaming to achieve scale, a market needs to have a massive addressable base and India’s market is skewed towards single-player gaming. This was before coronavirus has hit the world, in this new normal, there’s a huge customer base for online gaming and multiplayer games have become a growing trend.

Agarwal believes that if the lockdown continues for two to three months, this shift from single-player to multiplayer gaming will become permanent for India. “Once people have tasted the thrill of multiplayer gaming they will continue to be motivated by the competitiveness factor and that will keep bringing them back to the gaming platforms,” he said.

Even though the spike in usage will pale in comparison to the unprecedented surge in recent weeks, he expects the usage growth to still be 2x of what it was before the pandemic. Similarly, the 20% increase in time spent on gaming and almost 5x growth in terms of in-app purchases will persist post the coronavirus too, according to founders.

Ashish Bhakuni, marketing head of Adda52 Rummy, also believes that consumers are getting more habituated to games and as they become more skilled in the game and start earning good rewards, they will look for more and more gratification, which is key for the gaming ecosystem.

Further, Paytm’s Sharma pegged gaming as the top three gainers expected to emerge from the crisis, even more than ecommerce or hyperlocal delivery industry. “Whether you look at the box office, television, entertainment, etc, gaming will supersede that revenue faster now, because people are not necessarily demanding or they’re able to find out another asset,” he said.

The Rise Of Esports

As live sports events such as the Olympics in Tokyo have been cancelled around the world, fantasy gaming players have hit a wall when it comes to revenue. With many having to rejig their marketing plans and spending structures. However, the lack of live games has piqued people’s interest in esports.

Esports include team-based or solo competitive gaming in titles such as Fortnite, League of Legends, Counter-Strike, Call of Duty, Overwatch and Madden NFL among others. These games are usually streamed live on Twitch or YouTube, and attract millions of viewers through the year, cheering on the gamers in real-time. In the absence of live sports, Agarwal expects esports to see a growth in both viewership and sponsorship investments.

Amid the booming gaming industry there is yet one section of the gaming category that has come to an apparent standstill — fantasy gaming.  Once seen as the most lucrative category in the gaming world, today has no live games to engage their users.

“It would be the time for fantasy gaming companies to focus on their strengths and to discover alternative ways of engaging their user base. This is the time to concentrate on strengthening their products, re-look at the development features which they earlier could not pay attention to because of the IPL rush,” said Agarwal.

For platforms like MPL, the impact of live games cancellations was not that significant, as the company also has over 40 other games on its platform and was thus able to keep its user base engaged. As lockdown extends to the end of April, whether more fantasy gaming platforms will choose to diversify their portfolio remains to be seen.

“This is probably the first time the fantasy gaming space has seen something like this. I think we will see a wider variety of games and tournaments from across geographies being added to fantasy contests,” said MPL’s Jhawar.

Houseparty & Co: Will They Fade Away?

The excitement of a multiplayer game is down to the teasing and banter among players, as well as the transposition of personal dynamics into game strategies. As quarantine makes it impossible to experience that togetherness in a physical space, people have devised newer ways to imitate this behaviour in the digital realm, by blending games with video calls.

Apps like Houseparty, Plato, Bunch and Hago have enabled people to look and talk to each other while they play games or co-browse the internet. Owned by Fortnite developer Epic Games, Houseparty managed to add 2 Mn users within the week of March 20, becoming one of the most downloaded apps in the world.

“Houseparty is a very cool app and it’s definitely going to stay for long. I don’t know if it’s a fad or how fast I will get bored of it. But I don’t see it anytime soon. Since the last three days, it is becoming like a two hours per day sort of time sink for me,” Ashish Tulsian, cofounder and CEO of POSist, told Inc42 last month.

With mobile gaming getting bigger than PC or console, the emphasis on multiplayer gaming with real-time voice or video chat will be high. Game developers and social media platforms are joining hands to tap into the new cultural phenomenon giving rise to a new breed of social gaming apps, noted Bhakuni.

The activity on the social features of WinZO Games, including video and audio calls during gameplay has doubled in this period, founder Rathore said. Multiplayer mode on the app has observed a 35% spike considering people are playing with their friends online amid the lockdown. Further, Indian social gaming app QTalk has also seen a 100% uprise in its users during the lockdown period.

But Nazara’s Agarwal believes this trend of video call integrated gaming will subside once the lockdown ends. The moment people are able to visit their friends home and party in the physical space. The option of playing games on video calls will start looking less lucrative to people.