Startups Join The Houseparty: The Social Gaming App For The Quarantined

Startups Join The Houseparty: The Social Gaming App For The Quarantined

Houseparty is currently the most downloaded app across 17 countries 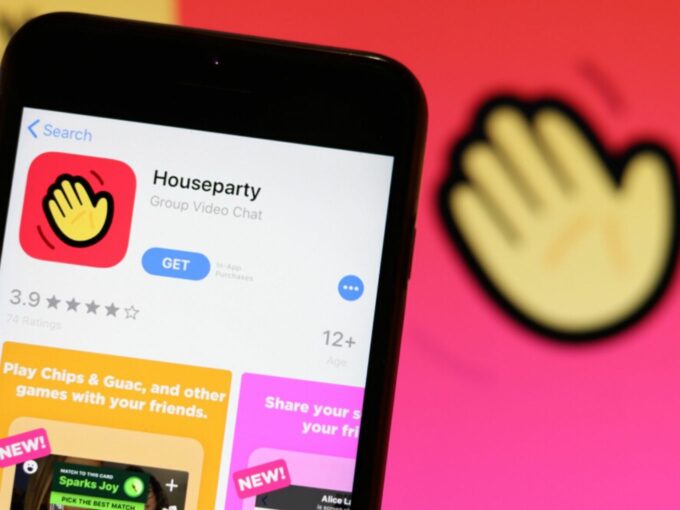 Perhaps the one good thing to emerge from the global quarantines and the lockdown in India is that those who would never answer calls earlier, have now resorted to video calling. The Indian startup community isn’t immune to this trend either, especially when there are fun and games involved.

Since last week, there has been one question doing rounds — Houseparty karein kya? (Do you want to Houseparty?). Don’t worry, in this party, everyone is safe and indoors — at least we hope. They’re just referring to a face-to-face social networking app called Houseparty that allows people to co-browse, play games and feel like you’re not stuck in your house after all.

“Nothing can be so perfect for this timing! That’s all I can say. It’s a very different take on social networking, it is quite phenomenal,” Ashish Tulsian, cofounder and CEO of Posist.

“It’s a very cool app and it’s definitely going to stay for long. I don’t know if it’s a fad or how fast I will get bored of it. But I don’t see it anytime soon. Since the last three days, it is becoming like a two hours per day sort of time sink. I am also cautioning everyone, I am recommending them to keep an eye on how much they use it as it can take up a lot of your time without you knowing it,” he elaborated.

Meanwhile, Ayush Jaiswal, cofounder and CEO of Pesto Technologies, highlighted that the platform has also proved to be very beneficial in terms of dealing with mental health as well. Besides this, Jaiswal added that there is a lot of real-time collaboration that has been happening on the platform and it has brought out a new trend in social media, which is here to stay.

The Houseparty app, created by Fortnite developer Epic Games, has managed to rake in more than 2 Mn downloads within a week, becoming one of the most downloaded apps in the world. All thanks to the people, who decided to stay in and act responsibly during tough times like these. As per an App Annie report, House Party currently ranks at number one in the Apple App Store in over 17 countries including UK, Spain and Italy.

In India, the Houseparty application has been trending on the fifth rank on Google’s Play Store and in the top spot in the Apple App Store.

While Houseparty has emerged as the most popular app within this growing niche, there have been several other social gaming apps that have been ruling the face-to-face social networking segment. These include Justalk that allows 50 members on one call, Squad with six people limit, Airtime that allows users to watch videos and listen to music together, and Bunch, which comes with a bunch of in-app games to keep users entertained.

Launched in 2016 by Ben Rubin, Houseparty focuses on enabling a shared experience for the users by allowing them to play in-app games such as trivia. Besides this, the app also allows users to share their screens and keep on browsing through other platforms.

This has also inspired other mainstream video chats-enabled platforms to come up with much more interactive and comforting solutions for the newly quarantined individuals. Now, Google Duo has come up with a feature to allow twelve people to be on a video call at once. Coincidentally, Google Duo’s is ranked second in India on the Google Play Store.

Meanwhile, Instagram too has rolled out a new cobrowsing feature that allows users to surf through the platform together. Meanwhile, its Facebook and WhatsApp allows users to video call up to four people at a time.

What Does It Mean For Indian Entrepreneurs?

As global platforms have gained strong traction, Indian startups have not been so far behind either. Well, not in terms of funding at least. In the last three weeks, investment firm Accel India has made bets in two such video calling startups.

The first is QTalk that is very similar to Houseparty India, but customised according to the likes of Indian users. The platform allows users to stream videos, cobrowse and also play mobile games online. Accel India, along with Lightspeed Venture Partners invested $1.6 Mn in the company.

Another platform Airmeet aims to take events online, especially when all shows and events have been cancelled due to the pandemic that has taken over the earth. The Bengaluru-based startup recently raised $3 Mn in seed funding round led by Accel India.

QTalk cofounder, Advaith Vishwanath, told Inc42 that this lockdown will end up expanding the market opportunities for such products as people become more aware about such platforms through word-of-mouth spreading.

Meanwhile, Tulsian believes that any startup that is empowering remote work and communication is going to stay out there for longer periods of time, going beyond the lockdown situation.

“If this lockdown continues for any longer than 2 to 3 months, I think we are going to see an irreversible impact on how we consume content, how we meet people or how we organise collaborative events. It’s going to change your communication forever,” Tulsian added.