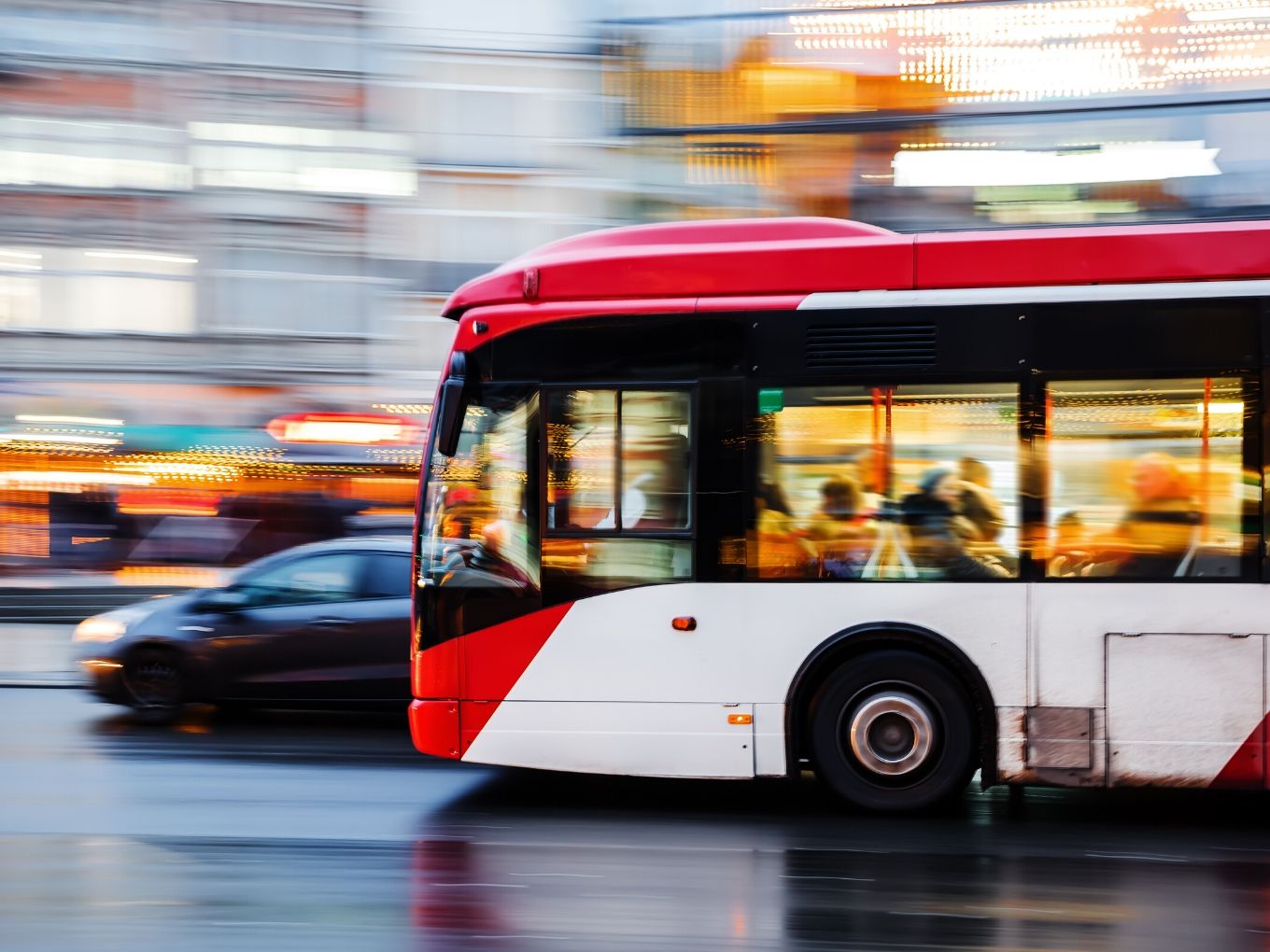 Even as the government focuses on electric two-wheelers, electric trucks and buses are starting to enter the Indian market

Ban on the use of plastics, implementation of the odd-even traffic scheme or clean-up drives across the world, every move aimed at saving our environment revolves around reducing the world’s carbon footprint. Data from the Global Carbon Atlas analyses that India stands third after China and the USA in terms of carbon emissions across the globe.

The way humans commute generates humongous amounts of carbon dioxide into the atmosphere. According to the International Energy Agency, transportation is responsible for 24% of direct CO2 emissions from fuel combustion. Road vehicles – cars, trucks, buses, two and three-wheelers – account for nearly three-quarters of transport CO2 emissions. This makes electric vehicles the focal point for clean mobility in commercial as well as private use-cases.

Without EVs, vehicular transportation generates a substantially high amount of greenhouse gases which are responsible for environmental degradation. Emissions from the sector come primarily from burning gasoline and diesel used to power cars, trucks, ships, trains, and planes. Emissions from commercial vehicles are also rising due to the rampant culture of same-day or priority deliveries while increasing vehicle sales in developing nations are also adding to the pressure on the environment.

India has made multiple projections in the electric vehicle market space, both — private and commercial. On the policy front, the country has implemented a number of regulations, some of which include the Faster Adoption and Manufacturing of Electric Vehicles in India (FAME) scheme and the National Electric Mobility Mission Plan (NEMMP) 2020 among others.

India’s entry into the electric market was with the introduction of Reva in the early 2000s. From then to now, almost every top auto manufacturer has produced an electric vehicle for the Indian markets with varying degrees of success. In the Indian context, electric two-wheelers are setting the pace when it comes to sales. While this has impacted the private use of electric vehicles in a positive manner, when it comes to commercial electric vehicles, India is a largely untapped market. This can be attributed to the higher challenges for this segment to adopt the electric route.

“The Indian EV industry is still very nascent. Every revolution has to cross certain hiccups and takes its own course and time. And lithium-ion batteries happen to be at the centre of the entire EV revolution that the automotive industry is aiming at,” said Jeetender Sharma, Founder and Managing Director of Okinawa Autotech that manufactures electric two-wheelers.

Sharma believes that adequate policies are needed to drive EV adoption up in the commercial space. “Lithium-ion battery manufacturing has three major parts- cell to battery-pack manufacturing; cell manufacturing and battery chemicals. As per the NITI Aayog report, cell to pack manufacturing plants have started functioning, the others still need to be encouraged.”

While the benefits of electric vehicles can be huge, so are the power and infrastructure requirements. Private vehicles find easier acceptance due to the availability of charging points in homes but the power requirement of commercial vehicles can put a much larger strain on the electrical grid. The challenge is amplified when multiple electric trucks or buses need to be charged at the same facility, an issue not experienced by many private EV owners, who often only need to worry about charging one vehicle at a time.

Sharma from Okinawa says, “EVs for private, like e-scooters, bikes, cars, and others have a range that might serve the day-to-day travel requirements of individuals. Also, now there are detachable batteries in EVs. Apart from ease of charging, government incentives like the reduction of GST on EV and chargers and tax exemption on interest on EV loans are also incentivizing demand.”

That does not apply for commercial electric vehicles, which need bigger infrastructure. Increasing the adoption of EVs in the commercial segment would require more robust easy charging facilities on roads along with more range per charge, which is where technology needs to mature.

Commercial EVs Take Their First Steps In The India Journey

A major component in manufacturing electric vehicles is the battery, in terms of the cost and technological dependency. As India’s battery market builds up capacity, many observers expected prices to fall in the next couple of years. Will this sput on higher demand for EVs in the commercial space?

Ravneet S Phokela, chief business officer at Ather Energy told Inc42, “The shortcoming is not the battery but lithium-ion cells. If India aims to go 100% electric then it must adopt the strategy of going back into the value chain and reduce dependency on others to enable cost benefits.”

Reports by Techsciresearch state that India’s electric commercial vehicle market is projected to grow at a CAGR of around 70% during 2020-2024 owing to the growing need for controlling GHG (Greenhouse gases) emissions emitted by vehicles.

High subsidies provided by the government and increasing electric vehicle infrastructure development in the country are said to be the two crucial growth factors for the commercial electric vehicle market. The likes of Tata Motors, Olectra Greentech, Mahindra Electric, Volvo Eicher Commercial Vehicles, JBM Auto, among others are already working in this regard. 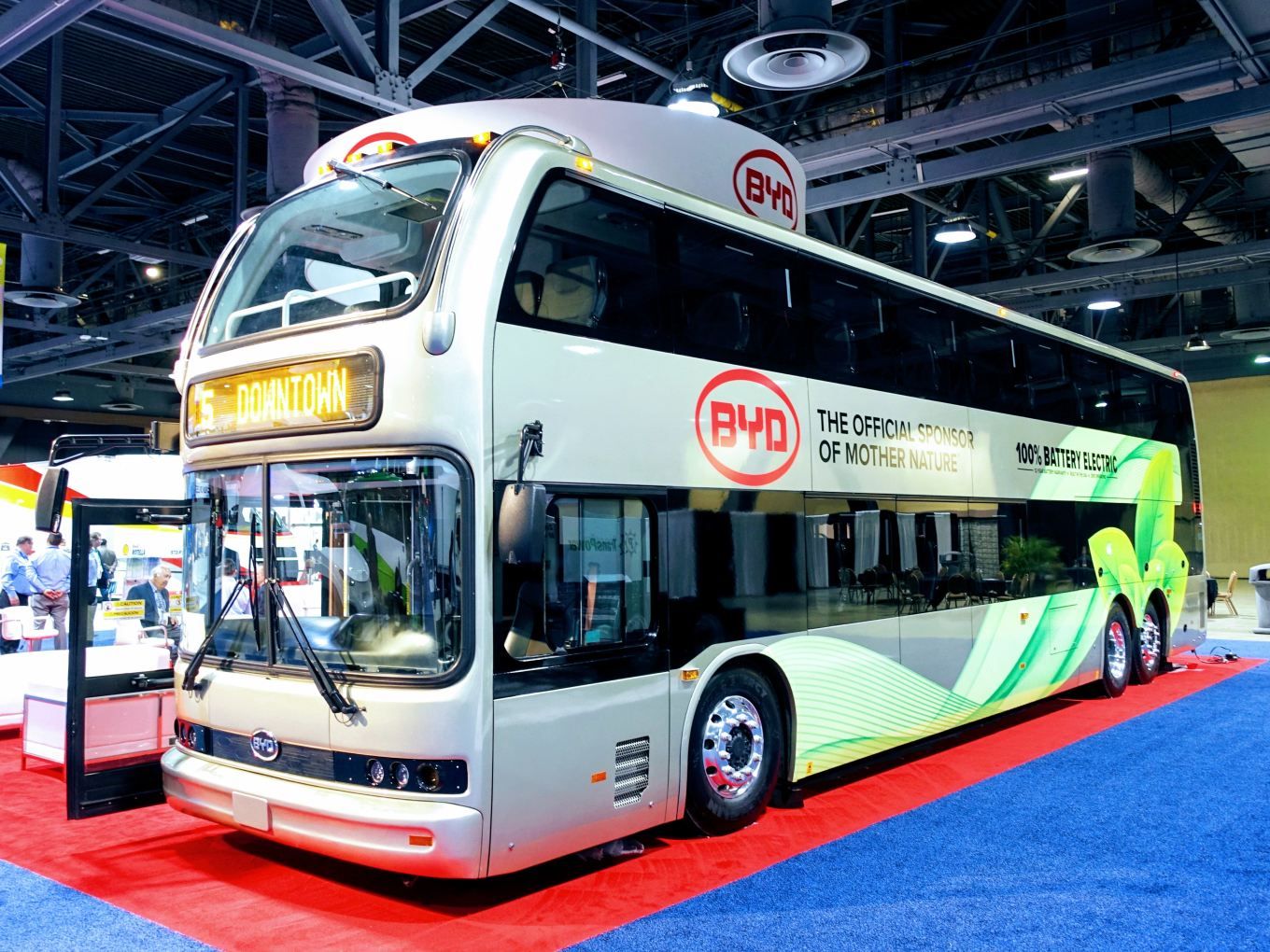 Gurugram-based fleet service provider Infraprime Logistics Technologies (IPLT) launched its first electric commercial vehicle — Rhino 5536. The 60-tonne truck will be used in the construction industry and is powered by a 276 kWh battery, that should enable a range of 200 Km with load and 400 Km without load, with a top speed of 90 kmph.

In Auto Expo 2020, Tata Motors unveiled Ultra T.7 Electric, touting it as India’s first intermediate commercial electric truck. The Ultra T.7 Electric is the latest offering from Tata Motors in the ILCV segment under the vehicle range of Ultra Platform. “It is developed for Indian roads, redefining the transportation industry leveraging enhanced technologies, blending ideally both technology and economy of operations,” said the company.

In the Indian market, among hybrid, plug-in and battery-operated electric vehicles, the latter is expected to grow faster due to greater government support under the FAME-II scheme. While this does not necessarily mean slower growth for commercial vehicles (or vehicles that cover larger distances) as they cannot depend entirely on batteries, it does mean that the growth in vehicles covering comparatively shorter distances can be expected to be higher.

On the tussle between private and commercial vehicles in the EV market, EY’s India’s EV ecosystem report states that passenger vehicle fleets are likely to be more willing to adopt EVs as the vehicle running cost (which is lower for an electric vehicle) is a key influencer in purchase decisions for private use. EY says the cost dynamics of running an EV for commercial purposes, with a high vehicle utilisation, are quite favourable with almost a similar total cost of ownership (TCO) for internal combustion engine vehicles as well as EVs.

“For a commercial user, the differential in acquisition cost can be recovered in around 5 years due to lower operational expenses. However, for a private user, the TCO for an EV remains much higher.”

India’s NITI Aayog reports that the prevalence of small vehicles such as two-wheelers, three-wheelers, economy four-wheelers, and small goods vehicles in India is unique among large countries and as such these are expected to drive the next generation of mobility advancement as well as determine industrial capabilities. The focus on small vehicles not only helps meet domestic demand, the government body said, but can also place India in a position of global leadership in the EV market.