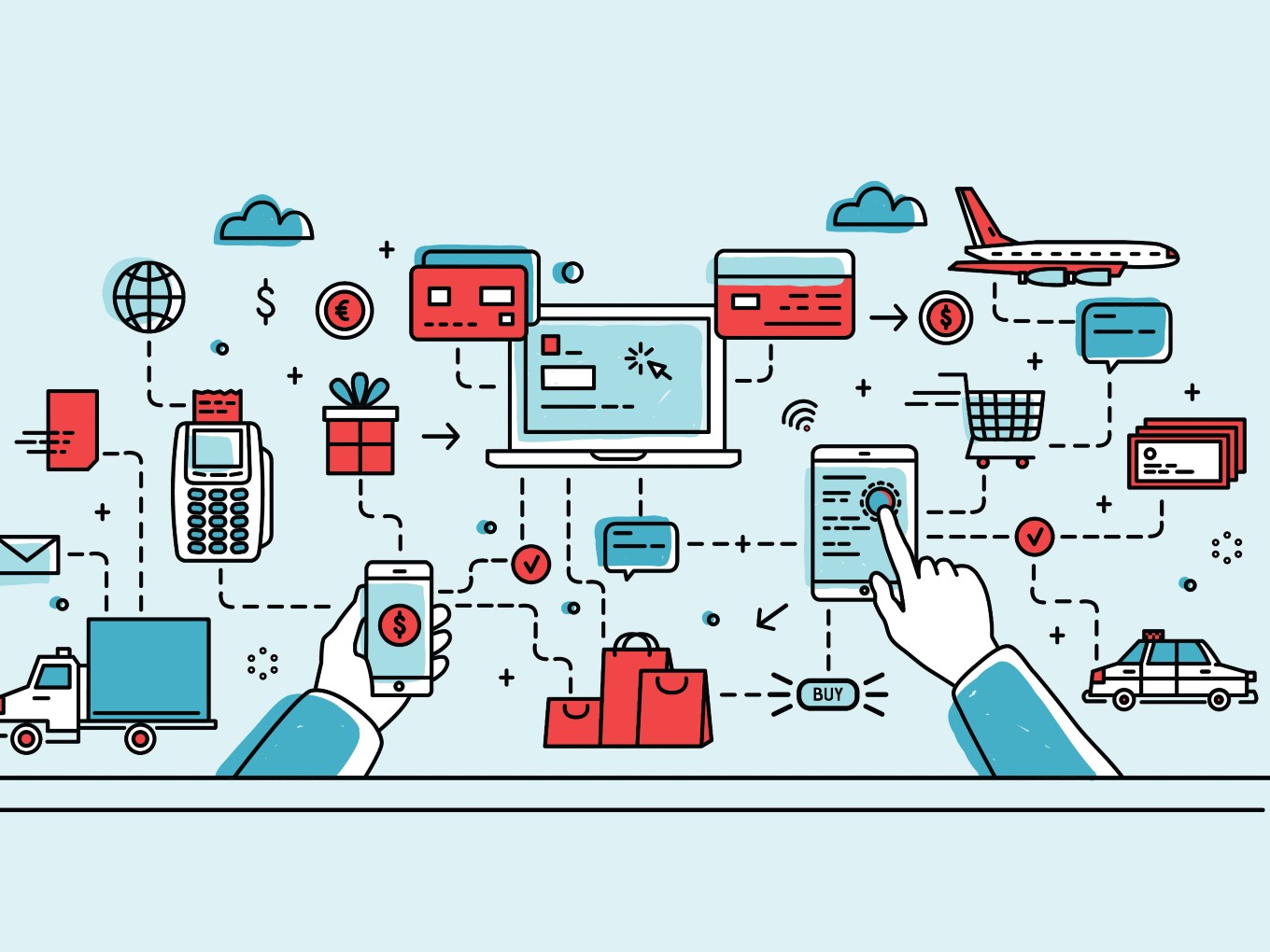 Cross-border payments is one such issue that must be looked into, said an RBI official on fintech department creation

The newly created department is also supposed to monitor the fast-emerging crypto segments such as DeFi, NFTs and metaverse more closely

However, the department needs to find the right balance between consumer protection and the latest fintech innovations and opportunities without compromising on any of the two

September 9, 2019. It was one of the customary meetings of central banks with the Bank of International Settlements (BIS), Basel, Switzerland representatives. In the presence of RBI’s governor Shaktikanta Das, Nandan Nilekani (on behalf of India’s think tank iSPIRT Foundation) made a presentation to the BIS about India’s digital finance system.

It was a hybrid model of regulated players such as banks, NBFCs etc and unregulated fintechs which presented a whole new model of finance in contrast to the existing offering by the US and the UK.

A couple of months later, in December, 2019, BIS in its report “The design of digital financial infrastructure: lessons from India” said:

India offers an example of how various policy reforms related to digital finance – including transformation of the traditional banking system with the central bank (regulator) playing a pivotal role – can solve many of the challenges of financial development and inclusion that once seemed out of reach.

Since then, while fintech as a segment has been receiving much love from the investors for a couple of years, the formation of a separate fintech department under the RBI has been seen as a progressive move that will foster innovation.

Last week, India’s central bank announced the creation of a separate fintech department that aims to respond to the growing innovation and challenges in fintech and the need for their regulation.

“As we are on the cusp of fintech revolution, there remains a host of issues such as faster, better and secure way of cross-border transactions, a larger focus on DLT (Distributed ledger technoogy) applicability, securing consumer data and privacy and so on. With a separate department, the aim is to find a right balance between protecting consumers and creating more opportunities and attracting more innovations into the sector,” said an RBI official on the condition of anonymity.

The central bank has also appointed its executive director Ajay Kumar Choudhary to head the fintech department, along with risk monitoring and inspection branches. Prior to this, Choudhary was chief general manager at the Department of Supervision.

One of the key reasons behind the formation of a separate fintech department is said to be the exponential fintech growth fuelled by India Stack APIs. The number of smartphone users in India has grown from 250 Mn in 2015 to 844 Mn in 2021, bringing India on the cusp of a fintech revolution.

Once limited to payments, fintechs are now bringing the much-needed elements of change in almost every aspect of BFSI, be it lending where a significant percentage of retail loans are now extended by NBFCs, fintechs and not banks. The same is the case with insurtech and other financial services.

This potential and opportunity reflect in the fintech investments too. Between 2014 and 2021 over $19.6 Bn was invested in Indian fintech startups and in 2021 alone $7.1 Bn was raised. With 19 fintech unicorns and a slew of fintechs in IPO fray, the segment is now a hotbed for institutional, HNIs and even retail investors counting on the latest innovations in fintech.

According to a report by Boston Consulting Group and FICCI, India’s fintech market is set to hit $150 Bn by 2025, resulting in a $100 Bn value creation opportunity. The fintech industry will need investments of $20 Bn – $25 Bn over the next five years to achieve this.

According to the RBI official quoted earlier, India Stack has been at the heart of the Indian fintech industry and has impacted the daily lives of common masses across the country by significant margins.

“Look at the UPI payments, credit availability without seeking deposits and equities, and investments made into the Indian fintech startups; we have a promising spark in fintech developments. As a regulator, we, however, need to ensure that the consumer rights are protected, the credit schemes that are much more volatile than the traditional bank loans do not impact the financial stability,” the RBI official said.

The step has been wholeheartedly welcomed by the Indian startup fintech community. “After the Committee on Deepening of Digital Payments (CDDP), Reserve Bank Innovation Hub (RBIH), and Regulatory Sandbox (RS), the setting up of a ‘fintech department’ is yet another encouraging step in this direction,” said Anand Kumar Bajaj, founder, MD & CEO, PayNearby.

Seconding this, Bhavin Patel, cofounder & CEO, LenDenClub said, “The initiative will help FinTech companies find it easier to innovate and create new products to serve their clients better. Based on this excellent decision to make in the fintech department, the sector anticipates more positive developments in the upcoming Budget FY 22-23.”

With a separate Fintech Department, there are a host of issues that will attract the bank’s focus and witness a huge jump in the areas of digital lending especially MSME financing, account aggregators and payments, of course.

While UPI payments has created data that helped enable retail financing and credit schemes to those who have not been able to get loans from NBFCs and banks. However, MSMEs that form the second largest sector in India have continued to struggle with the shortage of funds.  The Covid times have only worsened their situation.

Speaking on digital lending, iSPIRT’s co-founder Sharad Sharma said, “In fact for fintech, the biggest opportunity today is not crypto, not data, not payments, it’s actually cash-flow lending for MSMEs. MSME financing is where the next set of big startups will be created. And, we are working on it.”

As the RBI earlier did with payments, the Fintech Department will now work with the fintech industry to help enable MSME financing and create an inclusive framework in this regard.

However, cross-border payments are still dependent on correspondent banks at a much higher cost.

While the UPI is now slowly being connected with other countries’ epayments transfers systems, the lag in the area of cross-border payments is largely due to regtech issues which need coordination among different jurisdictions with payments instructions in common language, said the RBI official.

The Fintech Department will closely monitor and guide these developments. Further, there are technologies such as blockchain which may solve this more effectively, the official added.

In September, 2021, the RBI had launched the account aggregator framework that aims to make financial data more accessible by creating data intermediaries called Account Aggregators. While the aggregators came into effect after an inter-regulatory decision by several regulatory bodies, the AAs are a new class of NBFCs that are once again regulated by the RBI. The AAs will work in tandem with the Financial Information User (FIU) and the Financial Information Provider (FIP).

As AAs will help generate a host of new data that pave the way for digital lending to individuals and MSMEs, this has brought a whole new dimension to the RBI’s existing work module. The Department of Payment and Settlement Systems will offload this work to the Fintech department.

“The RBI setting up a dedicated fintech department and including CBDC/Crypto innovation is a welcome news. It is an encouraging sign and a step in right direction for growth of the Indian crypto ecosystem,” said CoinDCX CEO Sumit Gupta.

Crypto is moving beyond trading and NFTs, finding huge applicability in DeFi and metaverse. There is a requirement for creating an innovation-friendly regulation without compromising on the cons that it may bring in along with these projects, the RBI official quoted earlier.

Will the department also include the CBDCs?

To this, the official said, “The fintech department is intended to provide necessary research in the areas of blockchain, AI/ML and other deeptech projects associated with fintech. And, this is where the department is expected to pave the way for CBDCs too.”

In the last few years, short-term to mid-term credit schemes by fintechs have been hugely popular. These schemes are usually run based on one’s transaction records and not on their gold deposits or assets.

There is an increasing number of loans being extended to people and MSMEs who are currently not eligible for loans from banks. As long as the amounts are low, these don’t impact financial stability. However, with fintechs now flirting with other lending products, there is a greater need to monitor and control its impact on financial stability, said the RBI official.

“OCEN-based Invoice financing is taking off. Since the tenor is short, loan amounts are small, and repayment rates are high, this new lending class doesn’t impact financial stability,” Sharma added.

According to the RBI internal circular, all matters related to inter-regulatory coordination and internal coordination on fintech shall also be dealt by the fintech department.

In 2019, RBI had launched a Regulatory Sandbox for promoting fintech innovations. It has so far introduced three cohorts. While the third is in process, the first and second cohort shortlisted six and eight startups on themes of cross-border payments and retail payments.

These developments will now be run by the Fintech Department. The department is expected to speed up the process of building a regulatory framework for fintech innovations. The framework will be developed based on industry demands and will engage industry voices, too, said the RBI official.

Besides this, the department will ensure the data privacy of consumers, consumer rights, data localisation, and other issues that may arise with further fintech developments, the official added.

The central bank has so far been shying away from crypto developments while allowing a handful of blockchain applications. This has crippled the innovations while over 20 Mn people continued to invest in crypto.

Seconding the requirement to effectively regulate and supervise new payments activity, Benoît Cœuré, chair of the Committee on Payments and Market Infrastructures (CPMI) and member of the executive board of the ECB had earlier said, “I will argue that a failure to do so may lead to highly undesirable outcomes. It may push people into using unregulated and potentially unsafe “shadow payments” that include the likes of bitcoin and other cryptocurrencies.”

These ‘shadow payments’ types may expose people to large financial risks. “It is our duty to protect consumers and ensure that the benefits of innovation reach everyone, and not just a portion of the population,” he added.

In the UK, there is a Financial Conduct Authority along with the Bank of England’s PRA (Prudential Regulatory Authority) and Financial Policy Committee who address the regtech and other fintech requirements of the industry.

With an independent department with more manpower and resources to its rescue, the RBI will simply be more responsive and equipped to market developments and innovations, believe industry experts.