Progress Report: Here’s How Our Top 14 Startup Picks Of 2015 Fared This Year

Progress Report: Here’s How Our Top 14 Startup Picks Of 2015 Fared This Year 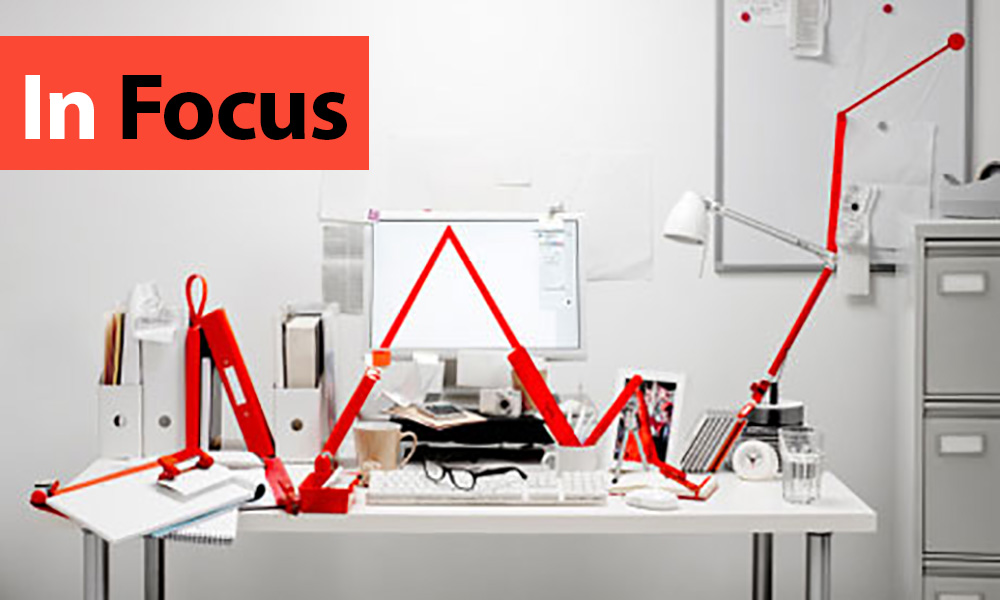 As the curtain closes on another exciting year, we at Inc42, like always, pause for a while to look back, contemplate, analyse, predict and come up with our series of year-end stories that would perfectly sum up the past year and offer near-perfect predictions for the next year (our predictive algorithm is top-notch). This article is a part of this endeavour.

Last year, we made a series of predictions about the top startups and apps to watch out for in 2015. We don’t just predict and leave it at that; we put our predictions to test and understand if these startups and apps really kicked ass or fell flat on their asses. This article is a progress report of the top 14 startups that we claimed would fare really well in 2015 – let’s see how they performed in the past one year.

Increase in Revenue in the past one year: According to Ankit Oberoi, co-founder of AdPushup, “The company has started monetization and had great success – we’ll share a blog post on this soon.”

Bhopal-based Appointy is an online scheduling software that is helping small and medium-sized businesses to grow using social media network. Besides helping, service providers connect with their customers. Appointy can also be used to create deals, discounts and offers. It competes with the likes of MindBodyOnline, Bookfresh and OpenCal.

Increase in Revenue in the past one year: The revenue has increased by 60% since 2014.

Zify is a web & mobile enabled dynamic ride-sharing service. It’s a social platform connecting car-owners with passengers who are looking for a comfortable and affordable ride alternative for their daily commute.

Increase in Revenue in the past one year: The revenue has not grown so much as the company is focusing on customer acquisition. The userbase has grown from a few thousand to more than 150,000 users.

Appknox is a mobile security startup that offers developers and businesses greater peace of mind by helping detect security vulnerabilities in mobile apps, and also suggesting ways to fix them. It is an alumnus of JFDI Asia and Microsoft Ventures.

Funding: $25k from Singapore’s The Joyful Frog Digital Incubator in 2014.

Increase in Revenue in the past one year: “Although we started sales towards the end of last year, we have touched the $100,000 mark this month. We’ve roughly grown 10 times as far as revenue is concerned. We are working with some of the top e-commerce and payments companies in India and Southeast Asia,” said Prateek.

Current team strength vs. last year’s: Team size increased From 5 to 20. “We’ve also had many interns join us from time to time, it’s good to have more young blood who can bring different perspectives. We’ve had interns from India as well as internationally, including those studying in countries like France, Singapore and the UK,” added Prateek.

Hyderabad-based VioletStreet is an online fashion store offering products from all the stores, along with fashion feed from friends. The website allows users to shop real-time with friends and create a look, all by simply dragging and dropping, thus making the process of taking feedback before buying really easy.

Current Stage: Operational. However, the company has evolved from a social commerce to ‘designer boutique marketplace’.

Increase in Revenue in the past one year: According to Ankur Gupta, co-founder of violetStreet, the company’s revenues in the last calendar year were negligible. This fiscal year, however, they are going to be in seven figures.

Current team strength vs. last year’s: Four team members including the founders in 2014, this year the team strength has grown to 10.

Betaout enables online businesses to increase conversions and personalise user engagement using real-time user persona and intent data. It is an all-in-one marketing personalisation and engagement platform that builds comprehensive user intelligence database, and gives tools to engage with users through email, on-site engagement and live-chat, sms and other channels.

Increase in Revenue in the past one year: The company is now cash-flow positive and revenue has grown 10x

Bisko Labs is a Kochi-based hardware startups that has created some cool stuff like automatic plotter which has an accuracy of 0.3 mm. Another product is sensor based quadcopter which uses gesture input to operate. Their latest and most revolutionary product is Intelligent Gear Transmission (IGT), which can convert any geared motorcycle to automatic geared. This technology is pending for patent and has received tremendous response.

Funding:  Funded by Guerrilla Ventures, founded by Dr Ritesh Malik in 2014. It has raised no new rounds in 2015.

Increase in Revenue in the past one year: The company has no revenues as its structuring the patent and focusing on strengthening the intellectual property first.

Gigstart provides a marketplace that facilitates finding and booking various kinds for artists like musicians, photographers, singers etc. for private as well as public events. It manages the entire process from providing various options to connecting them to contract formalities and payment gateway. The founders of Gigstart – Atit Jain and Madhulika Pandey – have moved onto another startup called Pluss as Gigstart’s model was not scalable. Tarun Lawadia joined as the co-founder and COO in June 2015. Pluss was conceived in May 2015.

SectorQube, a startup based out Startup Village in Kerala, is on a mission to solve these problems and has come up with MAID (Make All Incredible Dishes or Microwave Android Integrated Device) – world’s first Android powered microwave oven. It’s a smart kitchen assistant & oven which not only knows what to cook but also knows how to cook.

The startup has come up with other products such as Crime Investigation Assist Device (CIAD), BreezeScan – detects cancer without biopsy, Market Survey Assist Device (MSAD – a surveying tool that eliminates the use of pen and paper during surveys and cool interfaces for home appliances like refrigerators and washing machines.

Increase in Revenue in the past one year: The company has increased its revenue by 125% in the last year.

Zoomo is a mobile app helping buyers meet second hand car dealers. The startup inspects and provides listing of verified cars on their platform. The complete information about the car and also its owner is provided.  It not only help buyers finalise a car, but also after a purchase has been finalised, helps them in getting documents transferred and even getting loans.

Increase in Revenue in the past one year: The company has increased its revenue by 20% in the last year.

Current team strength vs. last year’s: It has a team size of 250 people

Tracxn is a Bloomberg + Gartner for startups. It helps VCs and private companies, looking for good startups to invest in, by providing a database covering over 20 Mn companies. It tracks over 100 sectors. Earlier this year, Tracxn has also launched a fundraising platform called Tracxn Syndicate to help budding entrepreneurs accelerate and build great companies. It’s also coming up with its incubator called TraxcnLabs.

Funding:  It has raised $3.7 Mn till now, out of which $3.5M was raised in April 2015, in a Series A round from Saif Partners. It has also raised $10 Mn for launching its incubator called TracxnLabs.

Increase in Revenue in the past one year: According to the company, in 2015, its subscription ARR (annualized recurring revenue) grew by almost 10x as compared to 2014.

Vidooly is a YouTube intelligent marketing and analytics suite that helps content creators, brands and multi-channel networks (MCNs), to maximize their YouTube organic views, build an audience base and earn more revenues on YouTube.

Increase in Revenue in the past one year:  “Its just been one year so far since the inception, hence last year there was no revenue and currently I won’t be able to discuss the numbers,” said Nishant. 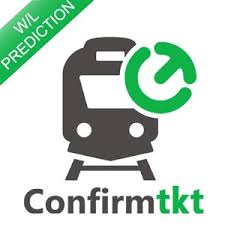 It is an online platform that provides status of a train ticket booking using PNR, and also assists users in deciding whether to book or not, if the ticket is in waitlist by using its predictive algorithm. Claiming to be country’s best PNR predictor, Confirmtkt uses historical trends to efficiently make such predictions. Its mobile app has also been launched.

Funding: Raised an undisclosed amount in an angel round of funding in July 2015.

Increase in Revenue in the past one year: The company has no revenues, it’s currently building its product, with more focus on user acquisition. Around 35K unique users use its mobile app daily. 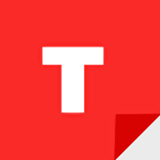 It is an online platform which connects angels and founders and helps them execute a seed funding round. It does away with the need for founders to run after multiple angel investors, spend considerable time and effort giving valuation and termsheets. It allows angel investors to join a round, review confidential information about the company and helps them determine whether they wish to participate in the round or not.

Funding: Raised $100K in a pre-seed round in April 2015 and is looking to close its seed round by end of January next year. It had earlier raised around $65,000

Increase in Revenue in the past one year: According to Vivek, although the team is not focusing on revenue, it managed to register about INR 10 Lakh in revenue by December end. the company has also started charging 2% per deal from 1%.

Current team strength vs. last year’s: Last year, the team comprised of  only Vivek, who handled everything. The company now have a 6-member team with Vivek and Sonia Pradhan being part of the management team and others being coders. Sonia joined the team in March 2015 as its COO. 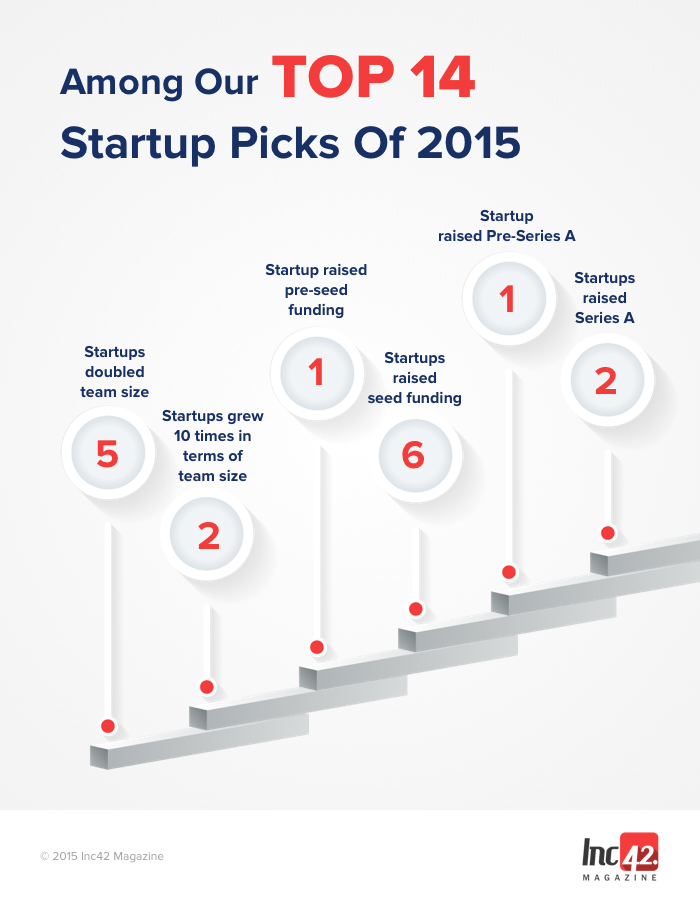 Among the top 14 startups that we picked, five startups doubled in size and two grew around 10 times in terms of team size. In terms of fundraising, six  startups raised seed funding, one raised Pre-Series A and two startups raised Series A. Stay tuned for more such progress reports in the coming days.