Tech giant Google has incorporated a new feature called Nearby Spot in its digital payments app Google Pay that allows users to find stores near them for daily essential stores, along with shelters.

“We think this information will help users to contact the appropriate business, pay digitally and aid social distancing efforts,” Google India said, in a blog post. The feature is currently available for users in Bengaluru, but the company will be rolling out the services for users in Hyderabad, Chennai, Mumbai, Pune, and Delhi soon. 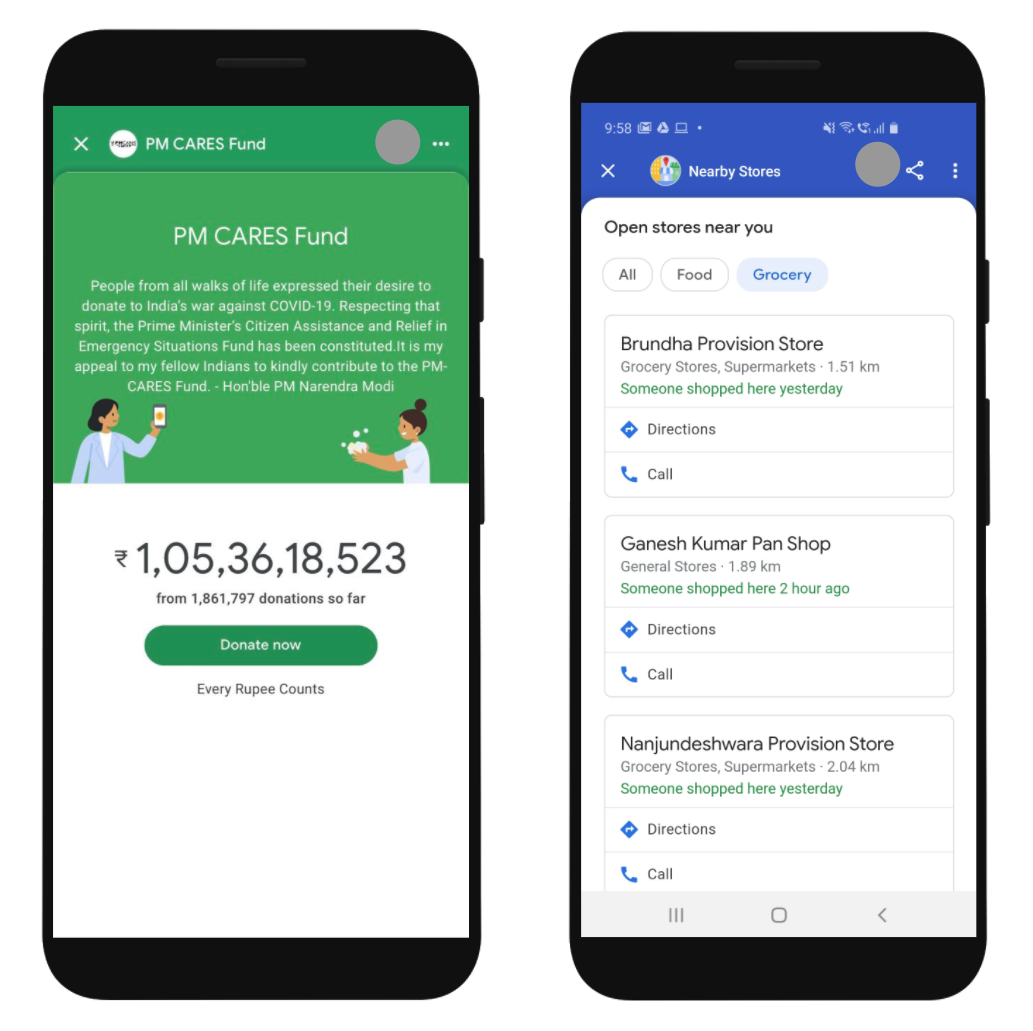 “The Spot also helps users donate to PM-CARES or to NGOs such as SEEDS, Give India, United Way and Charities Aid Foundation, which are working towards procurement of protective equipment for medical workers and relief for lockdown-impacted daily wagers. Donations to PM-CARES on Google Pay have thus far collected over ₹105 crores and continue to grow,” the company wrote.

Online classifieds marketplace and hyperlocal services provider Quikr had launched a similar platform this month called StillOpen to allow users to keep track of all stores and essential services open near them. The app would list hospitals, pharmacies, ATMs, milk booths, and Covid-19 testing centres, along with other services grocery stores or kirana stores nearby.

Besides this, the app would also allow users to add details such as the store’s hygienic conditions, stock and the crowd gathered in the store to help others in the same area. StillOpen is currently available for access in 23 cities including Bengaluru, Hyderabad, Chennai, Pune, Mumbai, and more.

What Else Is On Google’s Platter?

Google India, in its ‘Our commitment to India during COVID-19 and beyond’ blog, also highlighted several other steps it has taken to ensure better reachability of important information for Indian users.

To start off, Google has partnered with the Ministry of Health and Family Welfare (MoHFW) and international health authorities to optimise its Google search page and promote accurate information from official sources. 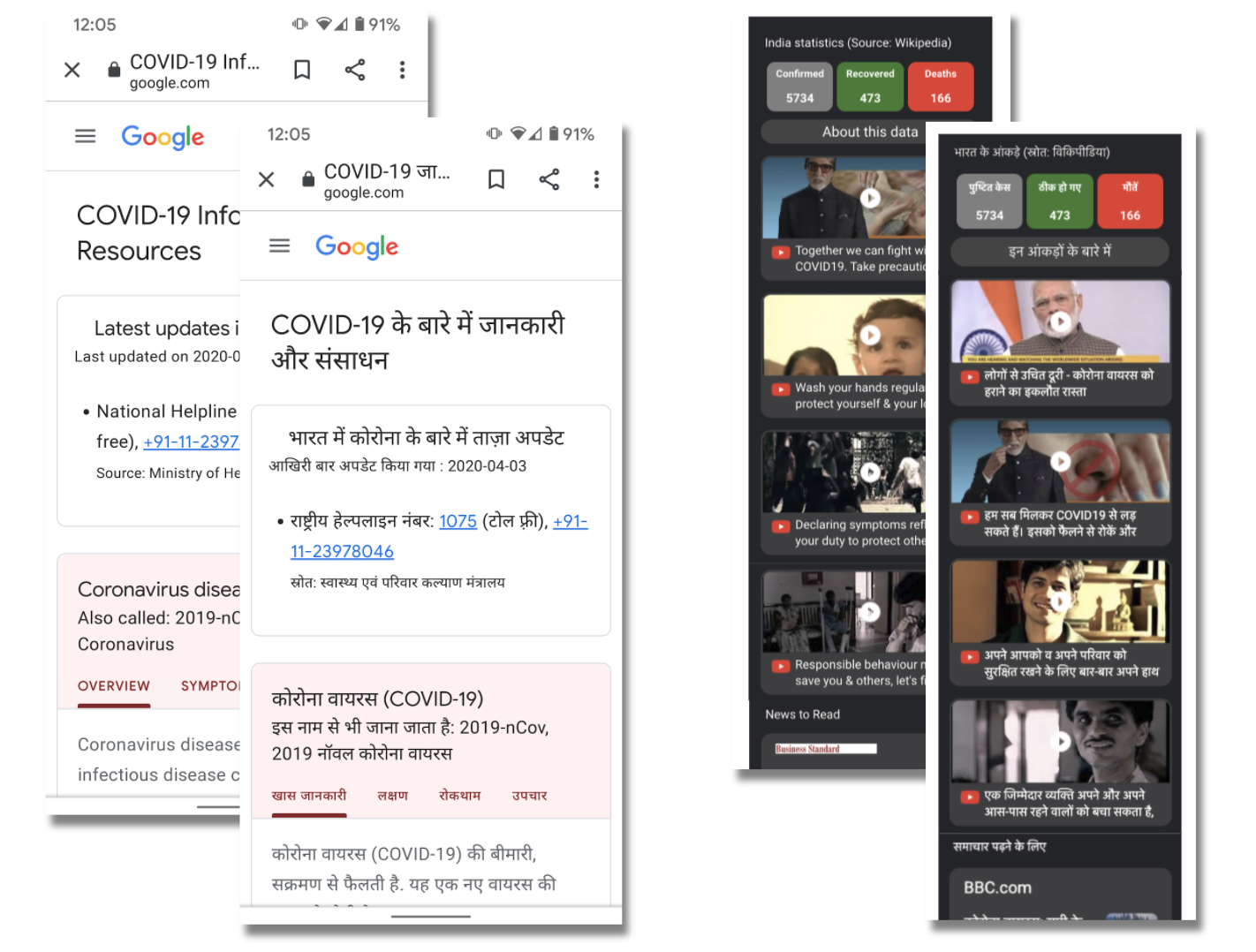 The company has followed the same approach on its video platform YouTube as well. Google has also launched a Coronavirus News Shelf on the YouTube Homepage to provide the latest information and news from authoritative media outlets regarding the outbreak.

“The information can also be accessed via Google Assistant on KaiOS in both Hindi and English. Simply ask ‘ में भोजन केंद्र’ and ‘ में रैन बसेरा’, or ‘Food shelters in ’ and ‘Night shelters in,” the blog post added. 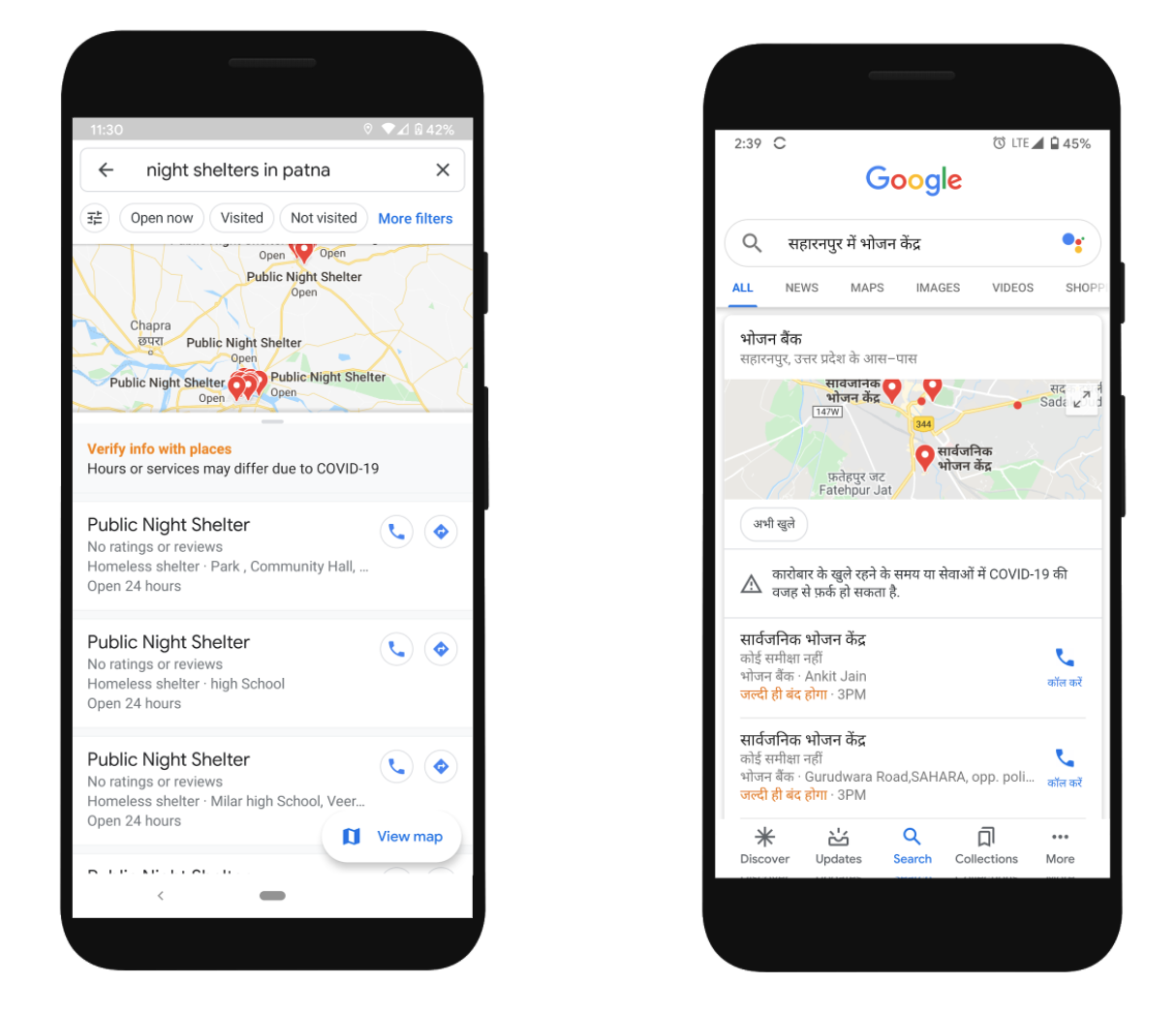 Third, Google has also partnered with the government officials to run a public service campaign titled ‘Do the Five’, which includes educational video content featuring Amitabh Bachchan, across YouTube, Search and Google Assistant. Meanwhile, the company also launched COVID-19 India website in English, Hindi and Marathi for smartphones. The company will also launch other local language interfaces for the app.

Fourth, Google has also introduced Ads grants, Google Maps Platform Crisis Response credits and other forms of support for the APIs and SDKs, which can be used for crisis management.