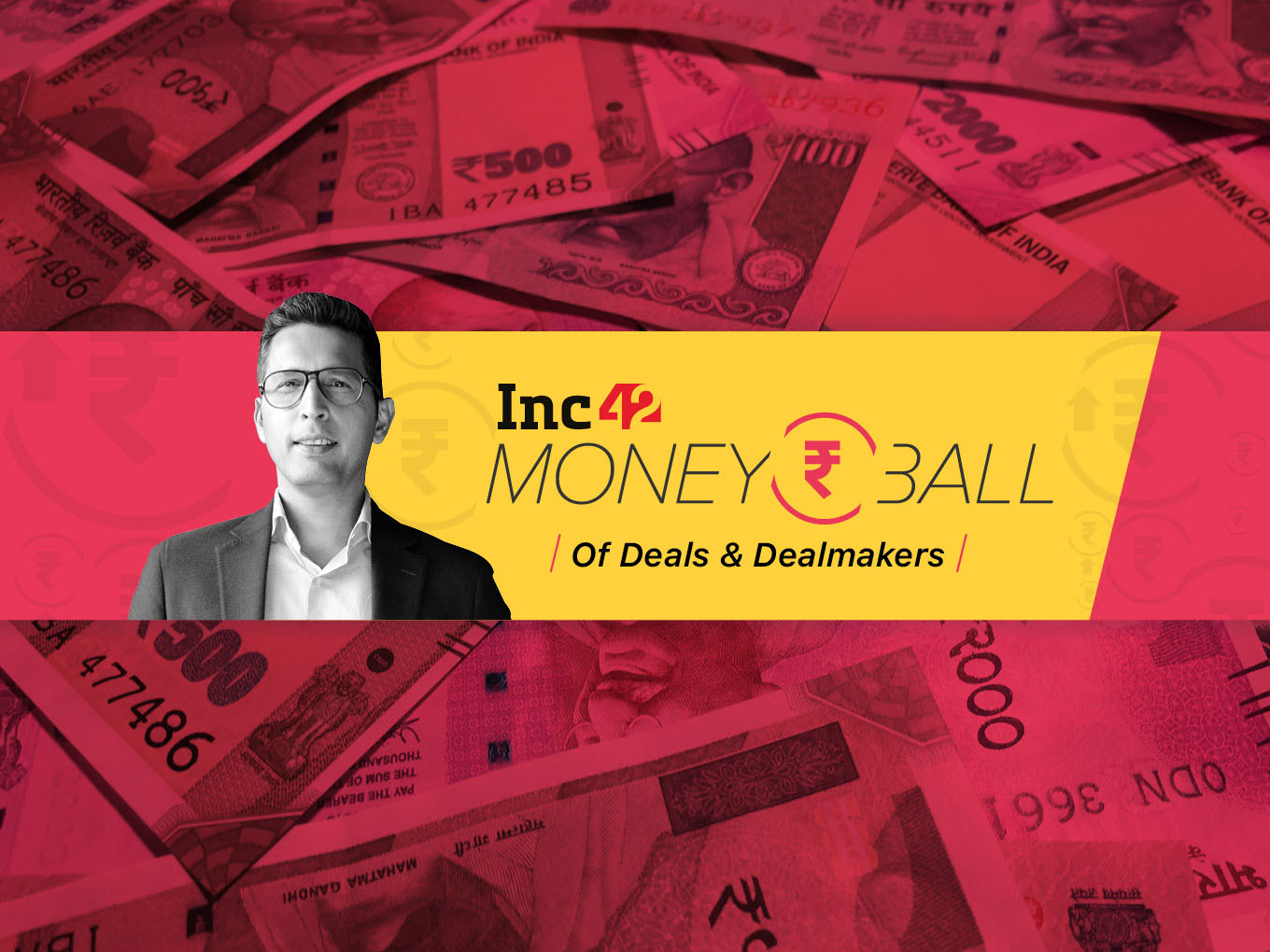 "We have a lot of dry powder in Fund One which we will continue to deploy, will do the first close of Fund II this quarter," said Khanna

According to Khanna, in the US a lot of the money that companies spend is an on demand generation, in India it's about organising supply.

Venture debt as an asset class is in its early years in India and Rahul Khanna, the co-founder and managing partner of Trifecta Capital, believes firms such as his have a responsibility towards building this asset category. In turn, of course, they will benefit from the early mover advantage when it comes to operating in this segment.

Trifecta Capital is a venture debt fund that was set up in 2014 by Khanna and Nilesh Kothari, who’s a former MD of ventures and acquisitions at consulting firm Accenture.

“We have a lot of dry powder in Fund I, which we will continue to deploy and simultaneously we will do the first close of Fund II this quarter, coming out this calendar year,” says Khanna.

Khanna likes backing first-generation entrepreneurs as a investment strategy as he recognises their “hunger”.

Although, at the moment, the fund only has domestic limited partners, a report recently said that Trifecta is also looking at foreign investors and may make its first close of $34 Mn (INR 250 Cr) by the year-end.

Here are excerpts of this week’s Moneyball with Rahul Khanna of Trifecta Capital. 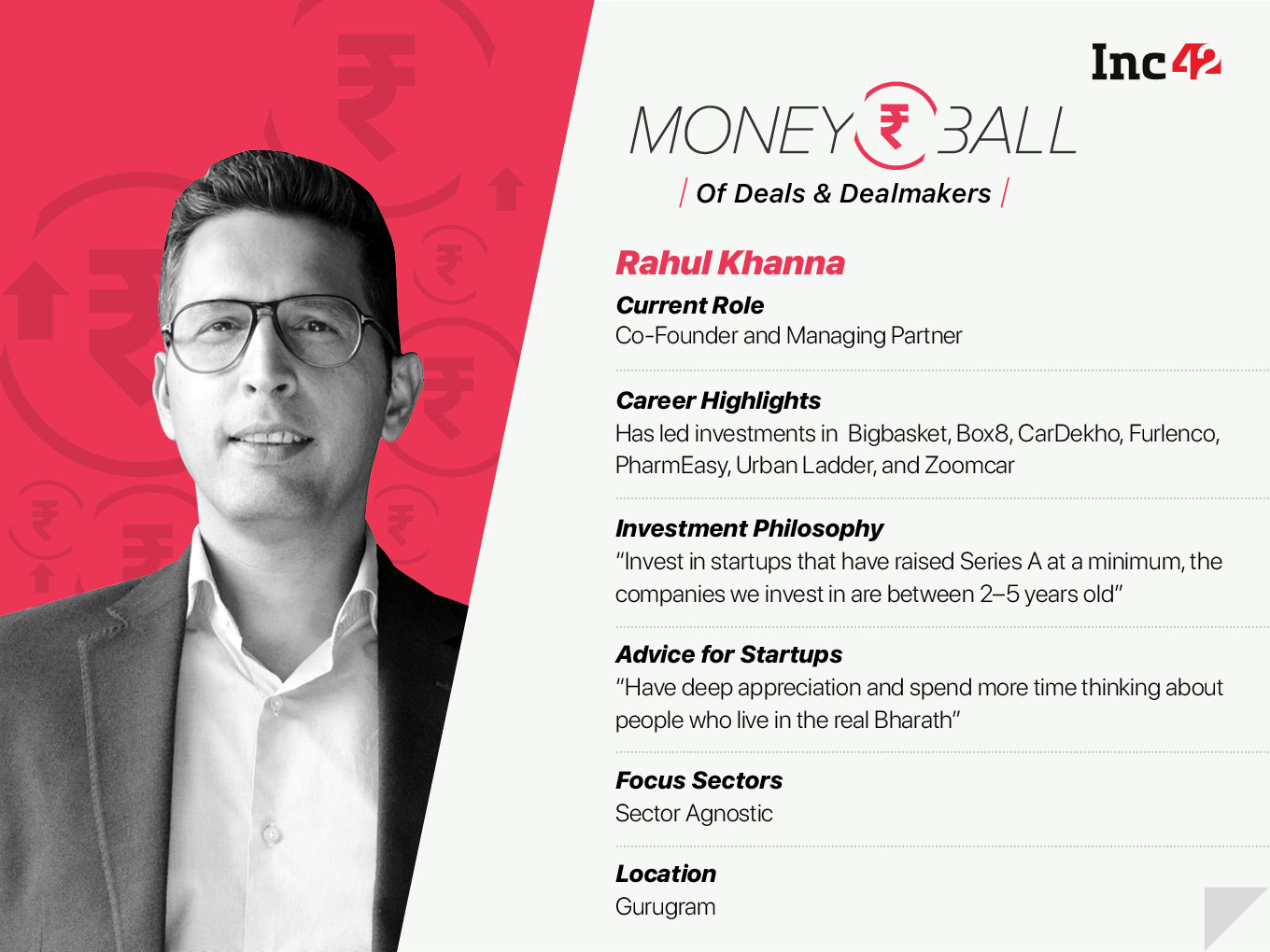 Inc42: How are things going with the new fund?

Rahul Khanna: Things are going well. During this quarter, we will have the first close and, because of the strategy we have taken with the first fund, the investable corpus is $137 Mn (INR 1,000 Cr). Of this, we have invested $75.2 Mn (INR 550 Cr) in three years across 35 companies and all this in a period of just 36 months.

This portfolio has raised $1.5 Bn (INR 11K Cr) of equity today and the portfolio companies are  collectively valued at about $4.8 Bn (INR 35,000 Cr), so it’s important to recognise that the business is not just about balance sheets but also about identifying businesses that scale and where one can have long-term relationships beyond just writing a cheque for the company.

We have a lot of dry powder in Fund One which we will continue to deploy and, simultaneously, we will do the first close of Fund II this quarter, coming out this calendar year.

Inc42: Any idea how much the first close is going to be?

Rahul Khanna: It is premature right now. Because our fund is largely institution-led, it is very uncommon for a fund to raise capital on its own. Traditionally, funds in India have been known to hire distribution partners and they have gone out there and placed the funds typically in small cheque sizes between $136,755 (INR 1 Cr) to $683,755 (INR 5 Cr).

We took a slightly different approach, we decided that we wanted to focus on Indian institutions and large business families who have been around for multiple generations and whose next generation is going to get more involved in the new economy.

We have seven or eight very high-quality, multi-billion-dollar family offices, which have the best of the old economy but are also businesses that are getting involved and looking for new growth platforms.

Because our capital base is very institutional and given that we are largely focussed on raising money from our existing institutions, the cycle for closing tends to be a little bit longer. We are going to go out and raise $102.6 Mn (INR 750 Cr), with an investable corpus of $205.1 Mn (INR 15,00 Cr).

Inc42: How much do you invest and what stake do you take?

Rahul Khanna: Venture debt is an asset class which is relatively new in this country and, in many ways, we were the first fund to go out and build the profile of this asset class within the institutional market. While there was one other venture debt fund prior to us, they were largely structured as an NBFC, and it was a monopoly, funded by a single offshore investor. When we showed up four years ago, we had to raise capital from a market that had never heard of venture debt.

I can tell you, 90% of our investors had never heard of venture debt.

The second challenge was to educate entrepreneurs about how best they can leverage venture debt in their growth journey. In the past, venture debt has been largely used as a plugin along with the VC round. While it was one of the use cases that is used to manage dilution, what we found was that there wasn’t much awareness on how to improve financial engineering at your business. There was also lack of understanding of how to use debt in your growth plans and how to better access lower growth capital as you go.

By design, we invest only after Series A at a minimum, and the common pattern we see in the companies we invest is that they are between 2–5 years old.

There is a tendency in the market to follow the pack blindly. When one company gets funded, 20 other similar companies also get funded and, over a 2–3 year period, a lot of companies don’t get follow-on rounds of funding.

For example, there were about 100-odd companies funded in foodtech and only about five or six have remained standing. We invested in Box8 only after the market had consolidated around them and their unit economics were looking good.

We typically tend to back first-generation entrepreneurs, we focus on recognising their hunger.

A lot of the risks in India are execution risks and not the concept.

For every four companies that we look at that have cleared all our criteria, we end up backing one.

Inc42: How would you describe your portfolio?

Rahul Khanna: We are a highly diversified portfolio, we like to spread outsells across vertically.

Some of the segments we focus on are B2B, consumer, consumer products, commerce, and healthcare. Within these buckets, we try and identify companies that define the category or are a new-age challenger. For example, Rivigo, defines new-age logistics, NinjaKart defines B2B procurement in the agri space, and Servify is setting the gold standard for aftermarket care of devices.

Sometimes, we end up doing more than one investment in the same space — like Livspace and Urban Ladder. One, they are not directly competing and it’s not a winner-takes-all situation.

Inc42: You claim to finalise investments in seven weeks, how so?

Rahul Khanna: That is is in reference to the closing of an investment. Let me give you an example: I have personally known Zoomcar (and founder Greg Moran) for four years and we have had multiple interactions about the business. When we felt that a lot of the fundamental challenges like regulation, unit economics can be addressed, then we came into the picture. Once we decide to go forward, it is a very efficient process.

Inc42: Can you talk about some of the challenges of the Indian ecosystem?

Rahul Khanna: Let me begin by giving you the example Ninjakart, which is working with 100s of farmers and hundreds of retailers, they have solved sourcing, logistics problem but the truth is we haven’t addressed the issue of credit for the likes of the farmer because the farmers puts resources in the ground and gets money after a considerable delay. Many businesses are able to remove intermediaries but many of these erstwhile intermediaries played a role of making credit available.

Ola is investing capital build out a fleet of cars, in India, we did not have a ready supply of cars, to begin with. India is a supply constrained and a supply disorganised market, when you start to organise supply it is very balance sheet driven, you have to provide support to the supply as you remove the intermediaries. India is going to be by design a very hungry market for capital beyond what you see in the demand generation side.

In the US a lot of the money that companies spend is an on demand generation, in India, there is a lot of demand but it’s about organising supply.

Inc42: What sectors are you excited about going forward?

Sectors like education, healthcare, transportation, energy, and agriculture, which are fundamentally large opportunities from a share of wallet perspective.

A lot of fundamental problems are going to increasingly get solved.

I am excited about made for India as opposed to made in India. In the past, we have copied models from the outside but now it will get more native in their approach.

Inc42: What advice would you give to startups looking to pitch?

Rahul Khanna: We will spend a lot of time analysing your unit economics and how you manage your burn in the good times and bad times, some sense of how you see yourself in the category that you are in. India is generally a shallow market, so have a plan on how you will look to dominate.

Deep appreciation for the people you are building for, we need to spend more time thinking about the people who live in the real Bharath. India is such a heterogeneous market and because we think we are local we think we understand the market and that risk should be avoided.