Moneyball: Vinod Murali Of Alteria Capital On Moving Away From One Legacy To Build Another

Moneyball: Vinod Murali Of Alteria Capital On Moving Away From One Legacy To Build Another 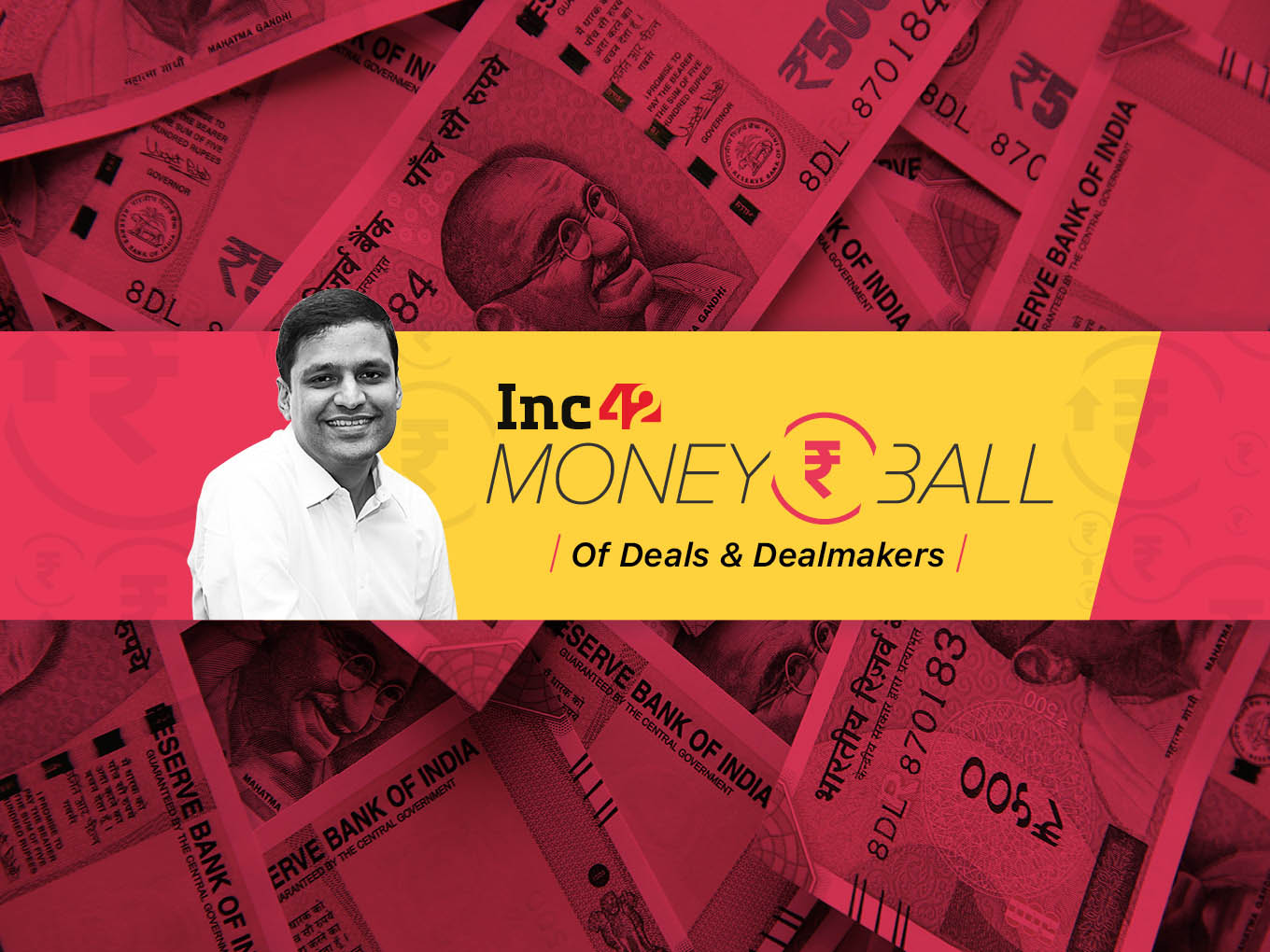 “We were able to do our first close in 100 days flat,” says Vinod Murali, managing partner of Alteria Capital

The celebrity ecommerce segment is going to play out in a big way in the next three-five years, according to Murali

Hope to complete funding of seven startups in about four to eight weeks, says Murali.

He is not wrong. Nearly $150 Mn or around $135.5 Mn (INR 1,000 Cr) of venture debt capital was disbursed to startups in India last year and yet venture debt as an asset class is still relatively unknown in the country.

Murali earlier worked with InnoVen Capital where he oversaw saw the venture debt side of the business. It was during his tenure that InnoVen became the largest venture debt player in the country, getting deals worth $204.03 Mn INR 1,500 Cr until March 2017.

Venture debt is a type of loan that is availed by startups when they want capital but don’t want to dilute the equity of the company. Unlike while applying for a traditional bank loan, the company doesn’t have to provide collateral or be profitable. Venture debt comes with a fixed coupon and tenure and companies have to repay the principal and the interest on a monthly basis after an initial moratorium.

After working at InnoVen Capital for 10 years, Murali, along with Ajay Hattangdi (who was CEO at InnoVen) launched Alteria Capital last year. In this short span, the duo has led investments in the likes of Raw Pressery, Toppr, WROGN, Fingerlix, Vinculum, and Vogo.

“We launched in August but got our license only in November. From that point, it’s been a very fast-paced effort…we were able to do our first close in 100 days flat and we are currently at about $84.7 Mn (INR 625 Cr) of commitment,” Murali said.

Here are excerpts of this week’s Moneyball with Vinod Murali, managing partner of Alteria Capital. Inc42: How do you assess the venture debt market in India?

Vinod Murali: I and Ajay Hattangdi (his cofounder) had been working for 10 years and, over the years, we found that most of the variables that were making business attractive in the US were not key drivers of growth in India. India is not a tech-savvy or IP (intellectual property)-heavy country and you are not typically going to find 20-year-olds working out of their garage and coming out with a piece of code.

Inc42: How did you factor this in your approach?

Vinod Murali: We took this reality and put it in our venture debt thought process wherein we focussed on the businesses that are more execution heavy and are not IT-driven necessarily.

It was an interesting journey with a lot of learning, significant time spent in building strong relationships, and by the time we finished 45-50 transactions, the bank (Innoven was then called Silicon Valley Bank) wanted to exit the market and it became InnoVen.

A lot of our work at Innoven went into seeding the asset class between 2008-14, and one of the biggest advantages we had was that the SVB was the expert on venture debt globally.

We had a lot of traditional venture debt knowledge courtesy the SVB, which had extensive experience of venture debt globally and our objective was to rewrite that or the Indian context.

Last year, we decided to go independent because we found that the macro environment was perfect for launching an independent fund, there was a good understanding of venture debt as an asset class and the domestic LP base was getting more curious.

We (the cofounders) also had a good track record since we at InnoVen had a track record of doing a 75%-80% share of all the deals done in the country.

We wanted to spread our wings and the temptation of independence was very strong.

Inc42: How has the journey been since you started?

Vinod Murali: We launched in August but got our license only in November. From that point, it’s been a very fast-paced effort and we have been very fortunate with the tailwinds we have seen, which have been a combination of goodwill from entrepreneurs as well as VCs (venture capitalists) and the domestic LP (limited partner) base, which have taken a fancy for this asset class.

A couple of things I’m more happy about is the team, which, in just eight months, has hit the ground running. We have already closed 14 funding commitments of which seven have been funded and the other seven will get funded in about four to eight weeks.

Vinod Murali: I think the way we approach it is like every other entrepreneur who is full of hope and enthusiasm. We have had situations where things have been better than expected and some have been below par but, overall, it’s not been an easy fundraising environment for founders and for VC, both equity and debt, especially if you don’t have institutional capital.

However, what has been enjoyable through this process is that you get to meet a lot of different kinds of investors, which I was not engaging with earlier. A lot of the business families I interact with have got successful track records behind them and the conversations are very fascinating.

While it has been physically demanding, it’s been a huge learning curve for us.

The more important aspect is that we were able to get back into the saddle and give funds to founders which helps us to be relevant…we’re doing what we love. The other day, a reporter  told me that domestic fundraising at INR 625 Cr is one the largest corpus that has been raised in the country by a non-non-institutional fund.

For us it about doing the right transactions and strengthening the existing relationship with everyone in the ecosystem.

Vinod Murali: That’s the plan (using the greenshoe option) as of now. From the pace of fundraising, it is quite evident that there is a lot of interest in this asset class and it’s logical because equity markets are volatile and debt yields for the last two-three years have not been strong and there is a lot of concern about what is happening in the conventional financial services segment.

It’ll be good to complete the fundraising in the next three-five months. We are probably the only entity in India that can write a $13.5 Mn (INR 100 Cr) venture debt cheque and nobody has the capacity to do that right now.

Inc42: Could you tell us how much money you invest and what stake you take?

We do venture debt and equity ($272,040 – $500,000) but more than 90% of the debt applied is venture debt and there will be a small proportion that will be dedicated to equity, which is intended to be an augmenting factor of building on the relationship that we have with the companies.

Inc42: You seem to believe strongly in celebrity commerce. Why are you so optimistic about this segment?

Vinod Murali: I personally believe in consumer brands that challenge established brands. All of the brands that have been bagged by Alteria fall in this category and it is a huge area. For some of these brands, we have seen that they can leapfrog growth given the right stimulus where you are creating an identity for the brand.

For example, WROGN was a quirky way saying saying that you don’t have to do everything the right way or a particular way but you are still working hard to get things done and it’s a unique positioning. It was no-brainer for us to match this personality trait to the likes of a Virat Kohli.

Bollywood and sports personalities give you increased awareness and a lot of these celebrities know that given their shelf life, they need more associations and investments that are long-standing. They need to augment their primary streams of revenue generation and, as such, they naturally become more invested in the success of the company as compared to just an endorsement deal.

The celebrity ecommerce segment is going to play out in a big way in the next 3-5 years.

Inc42: What is your advice for startups?

Vinod Murali: We prefer founders to be frank about their current position, I love conversations where there are more analysis and frank conversations about some of the things that have not worked and what the learnings have been.

I would strongly recommend entrepreneurs to choose their partners smartly and go beyond the money when it comes to both founders and investors. These are not one-off situations and you are getting into a long-term relationship.

If there is a choice then the focus should be on optimisation of the right relationship rather than the right price.

This article is part of Inc42’s Moneyball series in which we bring you up close and personal with the pioneers of the investment world. Dive in to find out about what excites them, their views on the latest technology and investment trends, and what the future looks like from their viewpoint! Explore more stories here.