Powered by KSUM, Government of Kerala

Powered by KSUM, Government of Kerala 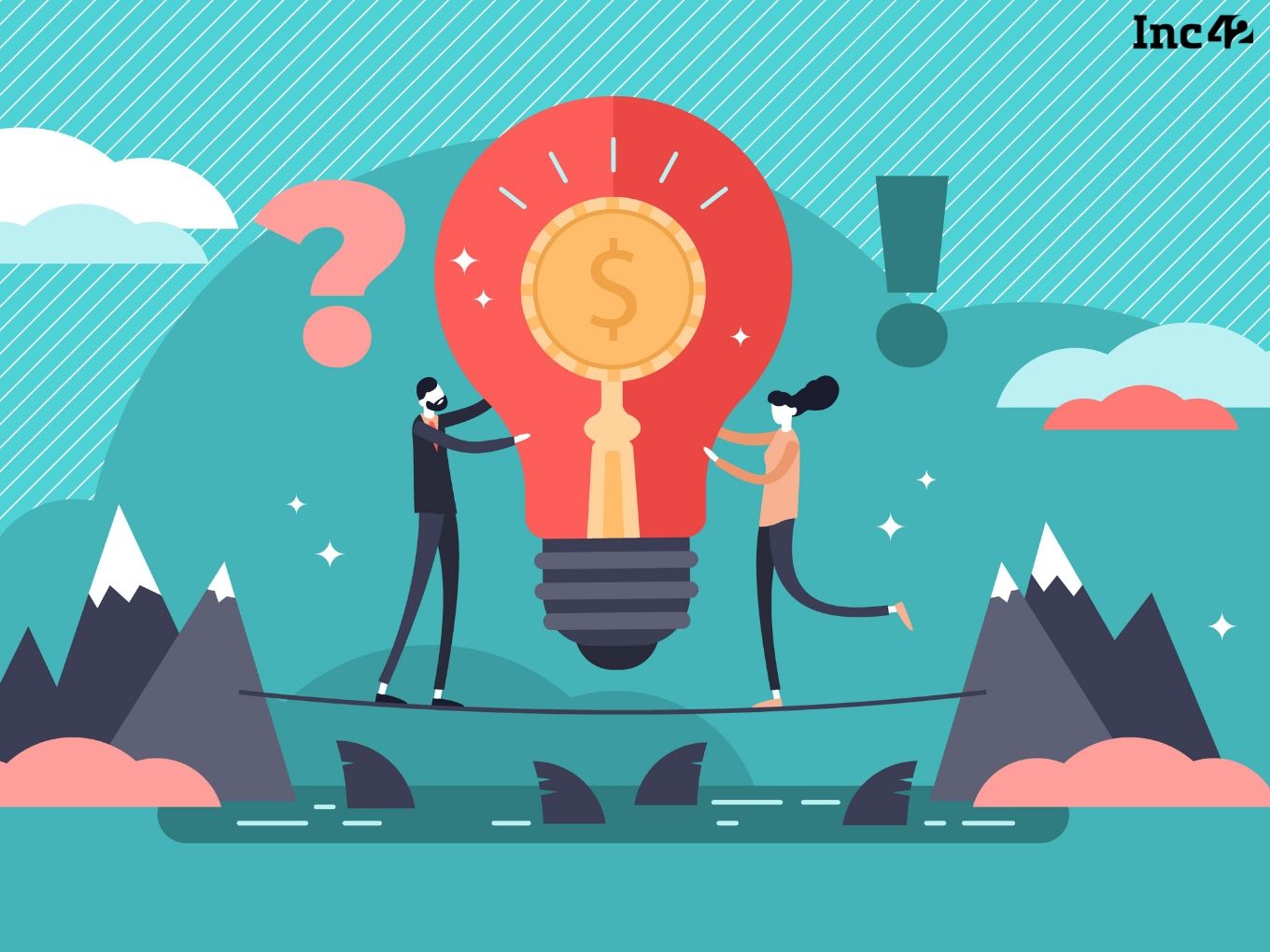 Kerala is home to over 1,500 startups and has witnessed $38 Mn in startup funding

It has earmarked investments of over INR 1,000 Cr in the state startups over the next four years

Thanks to the support from investors, corporates and governments, Indian entrepreneurs have found, nurtured and scaled up innovative and promising ideas. The Indian ecosystem is now valued at $130 Bn. One cannot underestimate the contribution of state governments in this boom, as they have been actively providing supporting infrastructure, friendly policies, funding, mentorship, incubation support, international collaborations, business development platforms and more.

One of the “top-performing states” in India according to DPIIT’s Ranking Framework 2018 is Kerala, which has built a reputation of having the most progressive startup culture in the country. Home to more than 1,500 startups, Kerala’s startup journey has been fuelled by the  Kerala Startup Mission (KSUM), a nodal government agency focused on promoting tech startups since 2006.

A forerunner in India’s tourism growth, Kerala is currently the eighth largest economy in India, with a dominant service sector and an excellent road network (4.62km per 1000 people as compared to the national average of 2.59km per 1000 people), which is a primary development enabler. More and more entrepreneurs are flocking to the state to start their next venture; besides the relatively low cost of operations, high quality of life, strong economic indicators, skilled manpower and focus on technology, one of the key factors is the prevalent government support This includes setting up agencies to nurture startups, opening up funding avenues through state-run funds, giving grants and loans as capital, and creating a government-oriented market for new tech products and services created by Indian startups.

Over the past decade, the Kerala government has designed several policies and schemes such as the creation of innovation and entrepreneurship development centres in over 230 colleges, the establishment of high-tech infrastructure through Fab Labs and more. It’s part of the state’s mission to identify, mentor and help scale up tech startups. The government also facilitates early-stage businesses with preferential purchase arrangements.

Unlike in Delhi or Bengaluru, where the involvement of the government has been limited so far, the Kerala government has led with complete focus on startups since 2006. The first step towards it was taken with the establishment of Technopark Technology Business Incubator, which was approved by the Department of Science and Technology (DST) and was taken over by the Kerala Startup Mission (KSUM) in 2015.

KSUM is the nodal agency that promotes technology startups in Kerala. Its initiatives range from opening up Tinkering Labs and Young Innovators’ Programmes at the school level to running innovation entrepreneurship development centres (IEDC) that see participation from 10,000 aspiring entrepreneurs across 230 technical colleges.

One factor for KSUM’s success is that it’s an independent entity designed to provide a springboard to budding entrepreneurs & startups. KSUM provides entrepreneurs with an innovative and productive environment that they need to build up their technology ventures in keeping with international standards.

In January this year, KSUM launched the Integrated Startup Complex in Kochi, a sprawling complex, spread over 1.80 lakh sq ft with dedicated facilities for various tech sectors. The ISC Kochi includes a — Maker Village; a Bionest, BRINC, India’s first international accelerator for hardware startups; BRIC, an incubator dedicated to developing solutions for cancer diagnosis and care; and a Centre of Excellence set up by industry majors such as UNITY and CERA. The STADE which is Space Technology Application Development Ecosystem has also been established in Trivandrum and startups from across the world are coming in to be part of this initiative.

“The pipeline of aspiring entrepreneurs emerging from the professional and academic network — including 230 IEDC cells in professional colleges where mini incubators enable students to work on prototypes while studying — are the real feeders for innovation and the Kerala model can be a blueprint of development for other states.”

KSUM is also aiming to introduce a 500K sq ft campus dedicated to end-to-end startup support and once launched, it would be the largest startup space of its kind in the world.

Government As A Marketplace

As highlighted in the state’s IT Policy 2017, Kerala has also been supporting new ventures by making the government an early-adoption market for startups. KSUM has been working closely with several government departments to address their needs through startups.

The initiative allows various state departments, boards, local self-governance institutions, corporations and universities to rope in startups through limited tender for design, development and implementation of their IT projects costing up to INR 20 Lakh without a tender process, and with a limited tender process for projects costing between Rs 20 Lakh and INR 1 Cr. The opportunity is not just limited to the state-based startups, but any startup in India can pitch its products or services to government departments if they are registered in Kerala.

At present, over 55 startups are working with various government departments in Kerala and the state has eased its departmental functions and enabled prompt delivery of government services.

Funding is the lifeblood for any startup in its initial few years and is one of the most important factors in the success of new ventures, besides the business model. In addition to providing incubation support and infrastructure, KSUM also provides funding to the startups in the form of R&D grants, seed loans or through equity investment. These are distributed either directly or through its member incubators, IEDCs or funds in which KSUM has invested.

To successfully implement funding for startups at various stages, KSUM has tied up with SEBI-accredited venture capital funds. The range of funding varies from INR 25 Lakh to INR 10 Cr. In addition, KSUM supports student and registered startups in obtaining patents for their new products.

In January this year, the state government had also announced its collaboration with VC funds such as Unicorn India Ventures, Exseed Electron Fund, Indian Angel Network and Speciale Incept Fund for an investment of more than INR 1,000 Cr ($139.6 Mn) in startups in the state over the next four years.

“Since the pact mandates investing 25% of the volunteered amount in the next four years, the state is guaranteed with a minimum investment of INR 300 Cr ($41.87 Mn) by 2022 fiscal.” –  M Sivasankar, Kerala electronics and IT department secretary.

Earlier, the state government had also launched Fund of Funds under its Kerala Technology Startup Policy 2014, with a total corpus fund of INR 25 Cr.

The government has also made seven investments through the Kerala Startup Corpus Fund into startups in the state. The startups selected include Genrobotics which has developed a robotic system (Bandicoot) to end manual manhole and sewerage cleaning.

Among the newly selected VC funds partnering with the government, Exseed Electron will invest in startups which are focussed in space and IT. In addition, the state will encourage funds to invest in startups working in the fields of cancer treatment and disaster management.

The institutional funding drawn in by the state government, which stood at $9.5 Mn in 2014 was increased to $19.6 Mn in the year 2015. Since 2016, there has been a steady increase in the fund flow; in just the first six months, $15.72 Mn was invested since the government’s push. The change in institutional funding is because of the support provided by the government through seed funding and equity funding which has encouraged the startup ecosystem in the state.

With its various initiatives, KSUM and the government of Kerala have been working towards making Kerala future-ready through the use of innovation and technology. The state government has introduced the future technologies lab which is working to address the shortage of skilled manpower by introducing machines with high-end GPUs , technology workshops, online courses on essential skills such as product engineering, design thinking and customer orientation in engineering colleges.

As the technology services and products market in India continues growing at an exponential rate, startups will need all the support they can get from the government, to bring innovation and technology to the market. Kerala is leading the way with its exemplary future-oriented approach.

Government agencies such as KSUM play a significant role in channelising the stream of innovation and the funds that foster these ideas, to make Kerala India’s go-to startup destination.