Budget 2019: One Step Forward For Farmers But Agritech Startups Left Two Steps Behind

Budget 2019: One Step Forward For Farmers But Agritech Startups Left Two Steps Behind 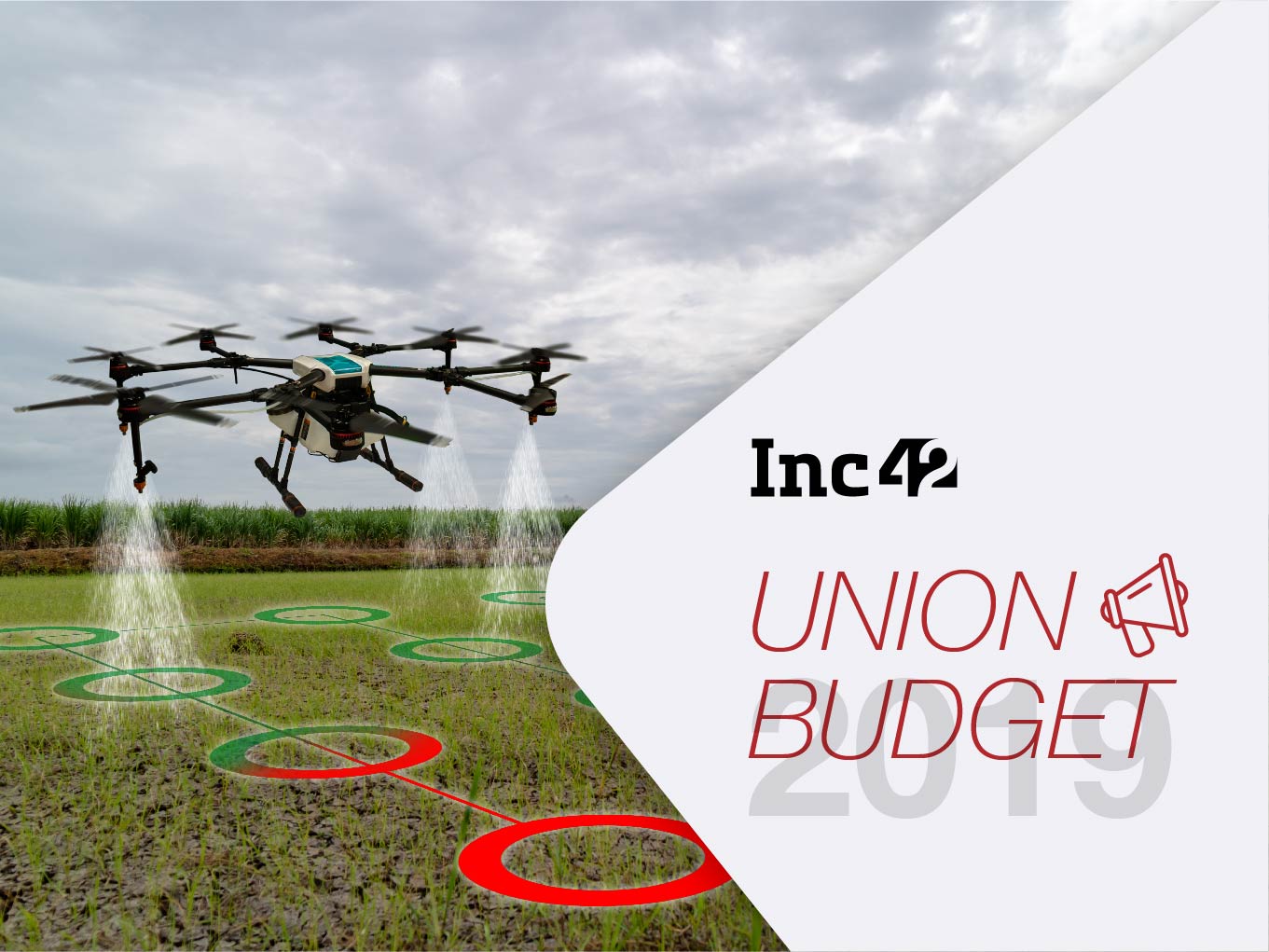 As part of the Budget proposal, India’s small, marginal farmers will get INR 6,000 in direct cash benefit per year

India is an agricultural economy but, ironically, agriculture makes the least contribution to the country’s GDP. Farmers in the country are struggling in the face of dwindling incomes and rising debts. Driven to the edge, they’re killing themselves by the thousands to escape from the vicious cycle of debt. While they can’t battle nature’s forces, what they can do is look up to the Indian government with hope.

This Interim Budget, some of their prayers were answered. As expected, the Modi government reiterated its commitment to double farmers’ income by 2022 in the Interim Union Budget 2019, recently presented by interim finance minister Piyush Goyal.

At the same time, the government has shown its inclination to digitally transform India’s villages and provide a sense of social security to the Indian farmer by promising them a “stable income”. But, yet another time, the agritech community was left out in the cold this Budget for the benefit of the “macro picture”.

Before we delve further into the views of the agritech community, let’s have a look at the important measures announced in Interim Budget 2019:

But what’s in the Budget for the agritech community?

Well, nothing of consequence. There are some long-term plans in place, but there are still no policy guidelines in place to nurture the farm-to-fork community.

A number of agritech startups have mushroomed in the last few years, but the growth of the sector has been quite slow due to a slew of reasons, specifically due to lack of government support, policy lag and lack of data — or accurate data — and poor infrastructure.

Despite being one of the biggest sectors in India, agriculture has hardly seen the application of advanced technologies such as machine learning (ML), big data, and artificial intelligence (AI). If the government puts a thrust on these areas, it could open up a huge, untapped market for agritech startups.

Gaps The Budget Failed To Address

The agritech sector could do with some acceleration provided by a policy push. The startup community — particularly agritech startups — was hoping to see some concrete action on the policy front for Indian farmers which would also involve startups.

As Alekh Sanghera, founder of Farmart, said, “The agritech community has been left out in the cold once again. (The government has announced) no dedicated agritech cell to increase cooperation between agritech startups and government entities, tax relief, or dedicated fund support. In fact, the total allocation for the Startup India Programme has been slashed by INR 25 Cr.”

Some of the demands included creating a support infrastructure including innovation labs in states, a startup growth fund, research opportunities to combine government data with startup agility, the strengthening of cold chain infrastructure, and increasing agricultural exports.

If we go by the market size, the answer is “no”. With farming touted to be a $400 Bn industry in India, the market is big enough for startups in both the organised and unorganised segments to sustain and build scalable models.

In terms of investments as well, agritech startups have gained significant funding in the past few years. According to a report by Agfunder in association with Impact venture fund Omnivore, the total funding in agrifood startups in India between 2013 and 2017 was $1.66 Bn.

This might appear low compared to the $10 Bn raised globally in 2017, but the number of agritech deals in India was 558, which was around 10% of the global deal activity during the same period. Further, according to Inc42 DataLabs, the total funding in agritech startups in India grew from $46.1 Mn 2017 to $66.6 Mn in 2018.

Yet the country is waiting for its first unicorn from agritech. For India, where 70% of the 1.3 Bn population, is engaged in agriculture, this speaks volumes of the lost and unexplored potential of this sector.

Not A Case Of Two Steps Forward, One Step Back

While the agritech stakeholders that Inc42 spoke with are not elated with the Budget, they’re also not disheartened either. Many of them feel that the agritech sector is taking small steps forward but could do with a big push from the government.

The community is of the view that more initiatives in terms of policy-making and government reforms are required to boost the segment. “Market reforms like implementing the model APMC Act, the Essential Commodity Act, etc, is required to achieve the objective of doubling farmers’ income by 2022,” said Simon George, president of Cargill India, a food and agriculture MNC company.

According to Krishna Kumar CEO of CropIn, a concrete plan for food processing centres or food parks is required. “Once they do that, it will generate a lot of employment and help farmers by adding secondary value to their primary crops,” he said. CropIn enables companies to map out the supply chain as well as provide real-time updates on sowing and weather patterns to farmers.

Karan Mohla, partner and executive director at Chiratae Ventures (formerly known as IDG Ventures), believes that the positioning of the agritech sector and the impact of the Interim Budget will be similar to how the Union Budget supported the framework for ecommerce startups to flourish by introducing FDI in retail in 2012.

But this certainly requires a combined effort from all the stakeholders of the agritech community. As Sanghera said, “Just like a dedicated centre for AI, the government should also institute a centre for agriculture and encourage agri-startups to become its members. This will help increase engagement between startups and government organisations and expedite the growth of the agriculture sector.”

One such initiative the government can quickly take is engaging more with the startup community. Many agritech startups and companies that Inc42 spoke to were eager to work with the government with one actively trying to engage in one of its schemes. This ideally should be the other way around, especially give PM Modi’s digitisation drive and Make In India policies.

Overall, this has been a good Budget for farmers, and their uplift is certainly going to help the agriculture infrastructure in India. It is also something that the agritech community aspires for as the farming community’s interests are what lie at the core of agritech’s mission.

As Thirukumaran Nagarajan, co-founder of Bengaluru-based NinjaCart, a platform that helps vegetables and fruit farmers connect directly with businesses, said, “These are pro-farmer initiatives which will help in their sustenance but it will not be enough to ensure that they lead a good life. More effort is needed to enable farming and I can see the government is taking steps in that direction.”

There is much that can be done to realise the potential of the sector. The government can give a push but the growth story will need to be themselves written by agritech companies and startups.