Five Reasons Why Blockchain Is Key For The Future Of Technology

Five Reasons Why Blockchain Is Key For The Future Of Technology 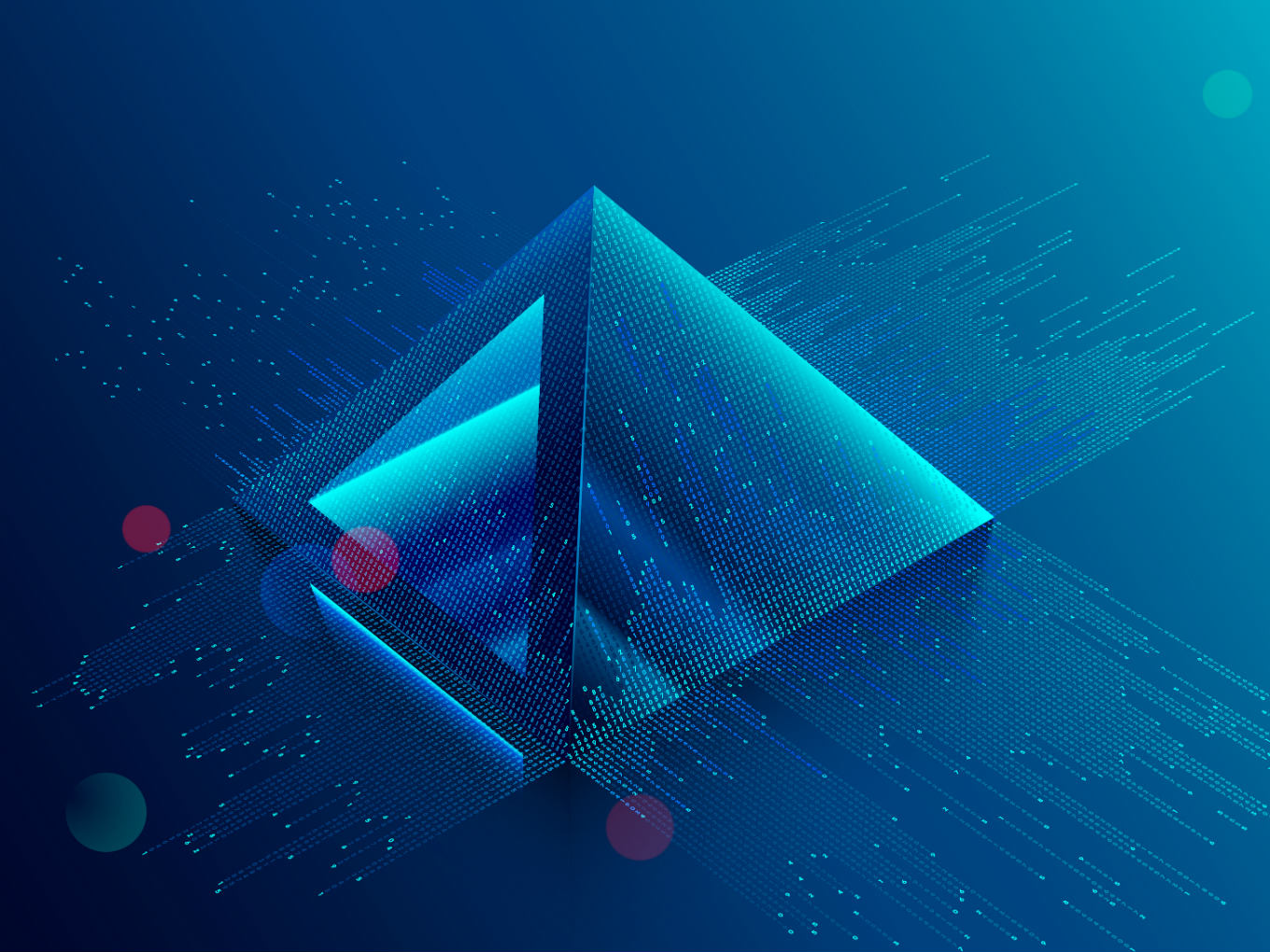 Business value added by blockchain will exceed $3.1 Tn by 2030

86% of top executives believe blockchain will make to mainstream eventually

Can blockchain change the future? It depends on how you remember the past.

Do you remember November 8, 2016? As the clock struck 8 in the evening, most Indians may have been kicking their shoes off and getting ready to unwind after a day of work. But out of nowhere came a bolt that shocked the Indian public and the ripple effects of which are still being felt in the economy. As Prime Minister Narendra Modi, in one of his most famous (and infamous) national broadcast revoked the legal status for INR 500 and INR 1000 currency notes. Modi invoked black money 17 times in his 40-minute speech as Indians watched in stunned silence.

With 86% of the currency in India wiped out overnight, the next few months were painful for a number of citizens. Many had to spend a significant part of their lives simply waiting in queues to withdraw whatever little money ATMs had been allowed to dispense in this time.

Multiple deaths have been reported so far, which can be directly or indirectly attributed to demonetisation, even though the government of the day maintains that it was a much-needed move.

Many are now reliving those traumatic days as the latest banking scam — Punjab and Maharashtra Co-operative (PMC) Bank — has blocked account holders from withdrawing their own money.

So where does blockchain figure in all this? The fact that governments have such a stranglehold on currency and control every aspect of it is scary. Blockchain was seen as the answer to this with Bitcoin. Bitcoin was developed precisely to eliminate this ‘big brother’ control over everyday transactions and currency.

Five Reasons That Show Blockchain Is The Future

Built on blockchain, cryptocurrencies such as Bitcoin are decentralised and use a distributed ledger to track, control and monitor the flow of the transactions. This eliminates central banks, governments and gives control to the users — at least the ones that know what they are doing. But it’s not just fintech; blockchain can also eliminate the game of middlemen in several key areas to bring efficiency, transparency and eliminate corruption at the highest level.

As explained in our previous articles, blockchain is an immutable record of events and transactions that can be extended to a number of operations and use-cases.

“The apps have gone the Bitcoin way [blockchain-based]. We will see lots of apps adopting decentralised P2P platforms where users and suppliers will get connected without getting controlled by any third party. You will see such P2P startup apps giving Uber and Amazon a run for their money.”

The technology is growing fast and according to a survey by Deloitte, 61%, 47% and 54% of US, China and Singapore citizens agree with the argument that blockchain is scalable and will eventually achieve mainstream adoption.

So what are the facts about blockchain that make it so appealing to businesses? Let’s take a look.

Blockchain employs the distributed ledger technology (DLT), which means that data is never saved at one place, but across nodes or users. While not all blockchain works this way, nearly all applications of blockchain are pinned on its distributed ledger tech. This keeps every node or user abreast of the developments across the chain. Transactions are recorded in terms of blocks which are added only after a verification and validation process done either through Proof-of-Stake or Proof-of Work. The blocks once added can not be removed or modified, which makes blockchain more secure than paper documentation, traditional databases and other options.

This not only eliminates the need for a third-party auditor but also eradicates the possibility of anyone tampering with or manipulating the data. There is a 51% attack possibility where the protocols could be changed, if enough nodes act on it, however, even this is recorded and easily traceable to the nodes that put this in motion.

In the case of Bitcoin or cryptocurrencies, the peer-to-peer electronic cash transaction is nothing but a set of information exchange and hence the idea got implemented in numerous other use-cases. Many of the Indian banks have already adopted a host of blockchain-based applications such as invoice processing, discounting, eKYC, document authentication and verification using e-signatures, issuance of commercial letters and other trade documents.

All of these at one point or the other needed a middleman or an agent or auditor to fulfil one or the other aspect of the transaction, which introduced layers of corruption or malfeasance or simply mismanagement.

A Blockchain For Every Use-Case

As stated, not all blockchains are decentralised. A blockchain could be public, private, permissioned and/or a combination of these as one protocol could be integrated at the top of another. Consider Facebook’s Libra, for instance. Unlike Bitcoin, and many other cryptocurrencies, Libra, in spite of being based on the Libra blockchain will be controlled and monitored by Libra Association. This association includes Facebook and its member companies who are looking to make profit and not run Libra as a non-profit cryptocurrency such as Bitcoin.

This customisation, however, makes blockchain so versatile that the technology is now increasingly used for numerous non-fintech applications as well. To name a few —- storing medical records, concluding binding agreements, tracking the flow of goods, storing personal credit records, land registry and even verifying facts in the light of the fake news epidemic.

According to the International Data Corporation (IDC) blockchain spending is expected to grow at a robust pace throughout the 2018-2023 forecast period with a five-year compound annual growth rate (CAGR) of 60.2%. In August, IDC released the “Worldwide Semiannual Blockchain Spending Guide” which indicates that blockchain spending in 2019 is forecast to be $2.7 Bn, an increase of 80% compared to 2018.

The spending is led by banking industry accounting for 30% of the total global spending, while discrete manufacturing and process manufacturing will be the next largest industries with a combined share of more than 20% of overall spending, according to the report.

In India too, the market for blockchain is burgeoning thanks to the unique properties of blockchain that have lent itself to solve many business problems, especially among small and medium businesses. For example, PARAM Network wants to change how businesses do e-invoice processing. PARAM’s blockchain solution claims to not only reduce the per invoice cost by $6 — roughly by half — but it would also automate the entire process while bringing in transparency. This also cuts down the turnaround time and complexity of the verification process in invoice processing.

Governments Turn To Blockchains For Transparency

Among the countries that have adopted blockchain-based solutions on a large scale, Estonia is a shining example of how blockchain can bring efficiencies in governance and ease of doing business. Estonia has used the KSI blockchain for various egovernance services. The blockchain is reportedly used in various Estonian digital services such as digital health records, prescription database, judiciary, law & order, banking, business registration, and land registration.

In India, the Indian government recently informed the Lok Sabha that it is indeed working on to develop National Blockchain Framework. NITI Aayog has already published a White paper on blockchain and is exploring its applications for egovernance services across the sectors and states.

International organisations including NATO, UN and World Bank have adopted blockchain for various applications such as issuing bonds using blockchain. Leading companies Microsoft and Accenture have teamed up to create a prototype digital identity system for a UN project aimed at providing legal identification to more than 1 Bn people in the world.

With this, one’s personal information could easily be shared with service providers and government agencies without compromising how it will be used or telling users clearly whether it has been shared with third-parties.

In contrast to 84% in 2018, in 2019, 86% of the 1,386 executives who participated in the Deloitte survey from across a dozen countries, believed that blockchain will reach the mainstream eventually. This shows that major business leaders and corporations are looking at blockchain adoption seriously. Naturally, this has a positive ripple effect on smaller businesses as well.

A report by Gartner says the business value added by blockchain will grow to slightly more than $176 Bn by 2025, then surge to exceed $3.1 Tn by 2030. That’s exponential growth in a matter of months.

According to the Deloitte survey, 81% of respondents also said that they are planning to replace their existing system of records with blockchain, while 77% believe that they might lose market share or traction if they don’t adopt blockchain. In fact, the major question for industry leaders is not whether they should adopt blockchain, but how to make blockchain work for their specific needs.

This evolution is interesting as Gartner in its market research cautions, by 2021, 90% of current enterprise blockchain platform implementations will require replacement to remain competitive, secure and avoid obsolescence. This indicates a healthy future for blockchain innovation and iteration, and that’s a positive sign for any new technology.