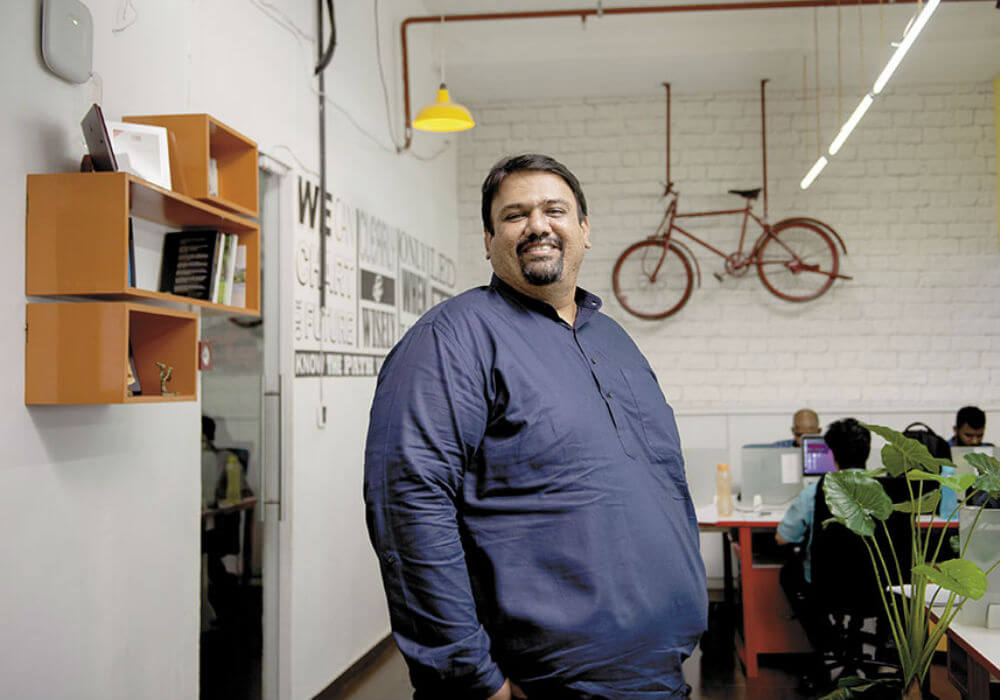 Bitcoin’s price is sky high. In spite of the RBI and the Government of India’s repeated warnings, investments, trading and interests in Bitcoins and other cryptocurrencies continue to surge with every passing day. Like many other investors who have backed cryptocurrency startups, Sanjay Mehta, Angel & PE Investor and Director of CORE Media – CFO Engagements, is also quite enthusiastic about cryptocurrency-based startups.

Sanjay Mehta, who has invested in Peerplays, civic and EOS through ICOs, is bullish about the cryptocurrency idea yet sceptical about the Bitcoin boom.

“Currently, most of the people in India are interested in cryptocurrency trading. Traders have always been sort of greedy in nature. This is precisely the reason Bitcoin price is skyrocketing. However, my sense is that it’s a bubble phase, so it can’t last long. There has to be a correction and I am sure it will start with Bitcoin,” explained Sanjay Mehta during an interaction with Inc42.

Does he sound like Warren Buffet and JP Morgan chief Jamie Dimon when he says Bitcoin bubble will burst soon? Absolutely not.

According to Sanjay Mehta, cryptocurrencies and Bitcoins are here to stay. He believes that, in future, every business, large enterprises and institutions will have their own cryptocurrencies.

“If we go back in history, there were various kings and each king had his own currency in his kingdom. With cryptocurrency, we might go back to that era. We might face situations where trust on corporations will be far higher than the governments,” he added.

“Whereas, in governance, the money stored gets devalued because of the government prints more and more money. Secondly, corporations are global, but currencies are local. Today, the Indian government has made 500 and 1000-rupee notes null and void. Corporations won’t do that as they try to add on values,” Sanjay stated.

“As did Burger King by starting a new Whoppercoin for their own business. we might see more companies/corporations launching their owns cryptocurrencies soon.”

Sanjay Mehta On Cryptocurrency Startups And Their ICO Checklist

He explained, “While investing in cryptocurrency startups, people need to understand the difference between the scams and the real ones.”

In fact, Sanjay has a checklist that he looks at when deciding which startups to invest in. Some of the key things that he looks for are as follows:

Startups are supposed to solve a problem. Are startups using cryptocurrency solving some kind of problems? We need to look into that.

The new era will be based on P2P transactions and transfers. By 2025, we will see a plethora of such apps. Backed by distributed ledger, P2P apps will enable users to connect directly with the required suppliers, without any third party monitoring and control.

Sanjay stated, “The apps have gone the Bitcoin way. We will see lots of apps adopting decentralised P2P platforms where users and suppliers will get connected without getting controlled by any third party. You will see such P2P startup apps giving Uber and Amazon a run for their money.”

“There are open source organisations which are either creating or helping create infrastructure on which P2P engagements can be built upon. Blockchain-based startups will execute those smart contracts to ensure that fulfilments happen across the parties. Yes, things are happening,” added Sanjay.

“About China, yes, they have banned cryptocurrencies ICOs. However, my thinking is that they will soon come up with some regulations. When neighbouring countries like Japan and South Korea are milking all the benefits, China can’t afford to stay away from it. Now, as far as India is concerned, I think the government is just waiting for other countries besides Australia and Japan to come up with cryptocurrency regulations, which our government could simply copy.”

So is it legal to invest or trade in cryptocurrencies in India?

“I am a law-abiding citizen and I go by the law of the land. Having said that there are places where the government has not decided whether it is illegal. This is a grey area, and I take my baits depending on what my interests are and how much risk I can take. And, I have invested in cryptocurrency startups accordingly.”

Sanjay believes that the Satoshi Nakamoto-created Bitcoins are not limited to currencies and assets. It is, in fact, the very foundation of cryptocurrency-based trading, P2P based trading, smart contracts and other blockchain-based applications.

The Internet has redefined the idea of doing business. Today, Google and other Internet companies have replaced oil companies as the most valuable companies. Now the Internet of Money is set to disrupt the space and overtake Internet-based apps like Uber, Facebook and Amazon. However, it might be too early for that, as the Internet giants have already started embracing cryptocurrencies and blockchain technology.

Verticals he prefers to invest in are B2B, logistics, food, IoT, cleantech consumer Internet, enterprise software, healthcare and more. Among his famous exits is OYO Rooms, which marked 280x returns on his initial investment. Given that early-stage investments are highly risky in nature, how does he manage to keep it so real in terms of returns?

Sanjay responded, “I avoid platform-driven startups, where you don’t know exactly where the money is going to be used. It is difficult to come to some conclusions regarding platform-based startups at early stages.”

“I am more interested in startups that are developing some value-based solutions and which can be integrated into growth capital that could further accelerate their business and open up new verticals.”

This is the time of aggression. Bigwigs are not only acquiring startups right at the beginning but at times, their entry into the market throttles the growth of fledgeling startups. Sanjay disagrees, “If a startup is niche and focussed on point-one solutions, they will typically outsmart the horizontals which are doing so many things.”

“For instance, locally developed startup Ola is giving Uber, the largest player in the segment globally, a run for its money. The advantage with Ola is that it is focussing on geography. So, this can be an advantage for cryptocurrency startups too, especially ones that are focussing on location and vocation of their choice.”

Sanjay Mehta is among those few investors who get their angel-instinct right while investing in startups, most of the times as his portfolio shows. In the cryptocurrency space too, he is among the early investors from India to sketch a grand market scenario for cryptocurrencies and P2P-based apps. However, what roles authorities and corporations (that have already embraced blockchain) will play in determining the fate of cryptocurrencies will be interesting to watch!