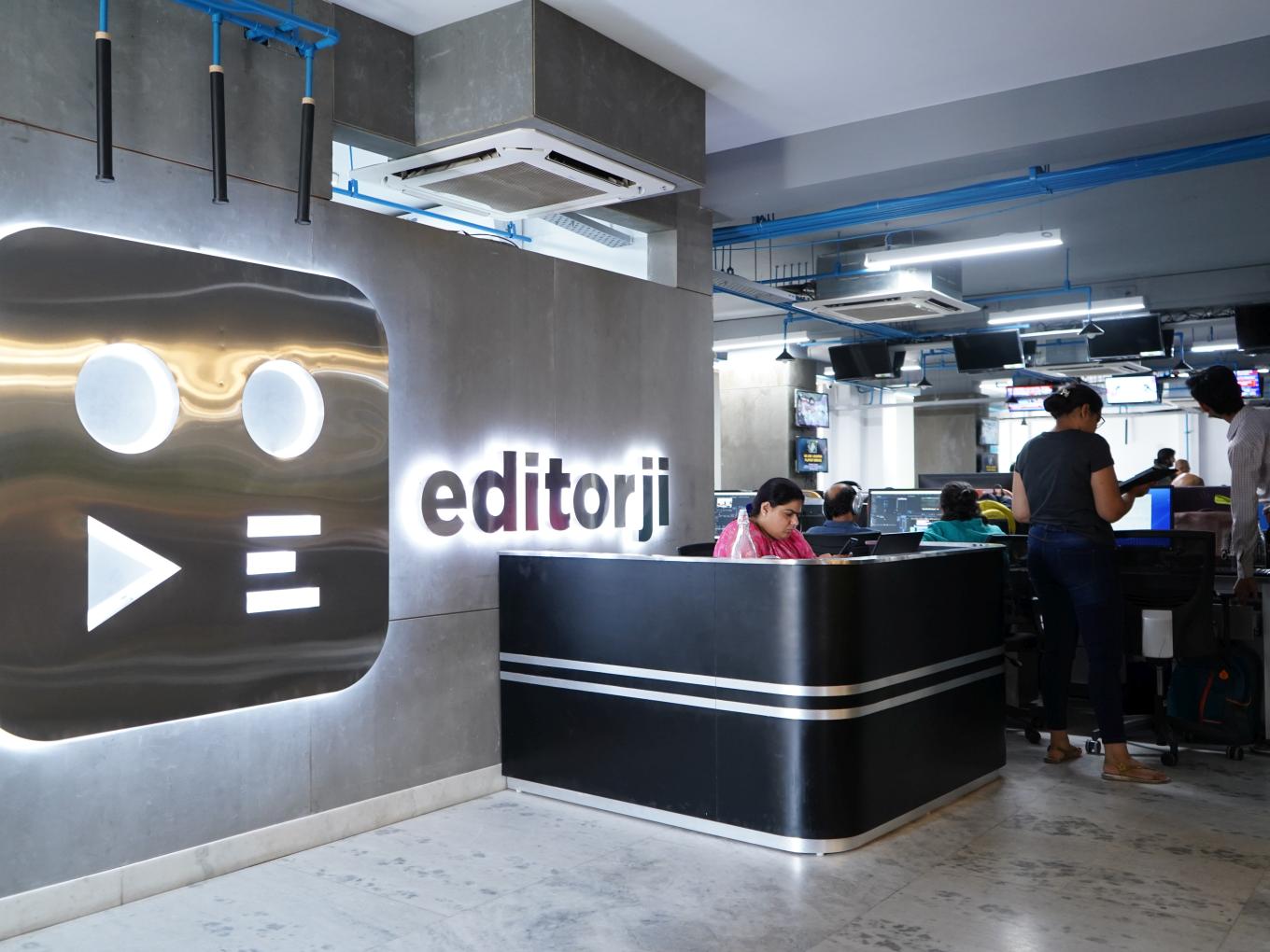 There’s no doubt that the video format and broadcasting changed the face of news altogether. If print journalists presented a well-crafted picture of the story, broadcast journalists were on the scene and showing you the picture, which often spoke volumes more than text. TV news transformed what the world thought is newsworthy and fundamentally changed how news and journalism are consumed by people around the world.

But if there were days when the term ‘news’ brought up images of dignified anchors in your head, these days the word brings up imagery of misleading information or fake news, shouting matches on TV, and sensationalism to gain TRP. The unstoppable march of digital journalism has forced broadcast media to go all-in on these undesired elements to sell news while forgetting the basics of what constitutes journalism.

And now digital wants to change how broadcast journalism is done. In the early days, online journalism was an analogue for print media. Print media refugees often joined the digital bandwagon as the relevance of newspapers and magazines faded from everyday life.

But even as online journalism started taking on a significant role in society, it had to use platforms such as Facebook and Twitter to distribute news. The ludicrous ease of creating a website and publishing a few stories made it possible for anyone to become a news outlet, and combined with social media, this problem is arguably THE most significant of all issues in news and journalism, second only to the interference by advertisers and political powers.

So has internet and technology killed journalism? Not if you ask broadcast news veteran, Vikram Chandra. These days the former NDTV Group CEO is busy learning the ins and outs of artificial intelligence, machine learning and decision trees. With his new venture Editorji, Chandra says he decided to go into the direction of digital video because of the problems with how people consume video news in this day and age.

News As A Playlist

According to the Editorji founder, this also affects news or content creators, because they don’t get the right distribution they need to get that stamp of trust or authority. Editorji is looking to solve this with its AI-driven video news feed, that is curated based on user interests as well as the significance of the story.

Once a user sets their interests and the duration of the daily video feed, the Editorji app automatically creates what it calls a ‘playlist’ of videos from the Editorji editorial team and the company’s many news partners from around India and the world.

The news playlist is not just about showing the users the main stories from the categories they want. According to Chandra, it’s not enough to give users interest-based news from trusted sources, it’s also important to inform them about everything that has an impact on them — regardless of their specific interests.

“It (the app) knows I like tech. It knows that I like viral. And I like sports. And I don’t want business news,” Chandra said while adjusting the settings on the app accordingly. “So now, when I play this, it will change the rundown,” he added, as the Editorji app fired up a new playlist based on the interests selected most recently.

But interestingly, it doesn’t hide the primary news stories or the stories that people should care about no matter their interest areas.

“It is still going to show me the major stories. It will show me the headlines. It’s still gonna say Trump has done this, you need to know this.”

The Editorji app’s main feature is related to the news playlist, which is completely AI-driven and generated by an algorithm. The algorithm pulls the stories from Editorji’s news partners and its own inventory of videos to show users the right story at the right time. Chandra added that the app has been downloaded over a million times and has over 30 Mn video views.

Editorji’s team of 70 content creators and journalists publish original videos, besides curating from news wires such as ANI, AP, and AFP and 15 other news partners such as Newsminute, BoomLive, Hindustan Times, East Mojo from the North-East states, Kashmir Monitor from Jammu and Kashmir, Minnambalam in Tamil Nadu. Each partner is tasked with providing original content, edited and shared with the Editorji team, which then adds it to the app. The team churns out around 200 videos every day in English and Hindi and each playlist for videos can be up to 15 minutes in duration.

The word playlist kept coming up during our interaction; it’s a deliberate choice of words. Chandra told Inc42 the app is heavily inspired by the user experience of a music streaming app such as Spotify or Gaana, which pulls in recommendations based on the user’s interest.

Using the analogy of how music listening and discovery has changed, Chandra said that digital video news today is a broken experience, where users search for the track they want to hear and then play it. Editorji is looking to become the streaming platform that already knows what they want to hear. And more importantly, for a news outlet, it also will tell them what they should hear in the form of the most important stories. That last bit is what makes Editorji more than just a curated digital video feed.

According to Chandra, this is an attempt to take users out of their echo chambers and introducing them to the larger world view — even if a bite-sized video might not inform them fully. And this balance of user-driven selection and editorial discretion does give Editorji a lot more weight than a curated news feed.

People in India love to watch videos online, but video news is restricted to out-of-context clips, memes and viral gaffes. This makes a mockery of what broadcast journalism can be in the day and age of the internet. A report by EY and FICCI from March 2019 revealed perhaps unsurprisingly that last year Indians spent more time watching or consuming news online than ever before. India saw a 40% growth in digital news consumers in 2018, compared to 2017 with around 245 Mn consumers. Page views grew 59% last year, compared to 2017 while Indians were spending an average of 8 minutes per day consuming news.

This means the appetite is there, but the report also pointed out the problems of fake news and how “platforms providing curated news have earned increased trust from readers as compared to platforms without content review and control facilities”.

With its emphasis on AI to generate news videos playlists and with multiple news partners, Editorji is well placed to meet that criteria

Everyone Can Be An Editorji

But Editorji wants to go a step further. As a digital platform, users can easily share stories and videos from Editorji to other platforms. WhatsApp, for instance, is used to share many stories through the app, Chandra told us. But that’s the case with any news channel or video platform, and that’s also part of the social media-driven fake news epidemic. Editorji wants to make citizens more accountable when sharing news videos.

Chandra spoke about the problems with citizen journalism, saying “Citizen journalism almost implied that anybody can take a video camera, start filming it and become a reporter. We don’t feel that you should; that reporting of news is something we should give to the journalist because otherwise, it’s prone to be misused. Somebody can say this person was beaten to death because he or she was this religious community. And that’s the dangerous part.”

So going beyond the citizen journalism scope, Editorji is looking to create citizen editors or news anchors. When users have a strong opinion about a particular news topic or a set of important stories for the day — on special occasions such as General Elections or the World Cup final — they are forced to share it with a video of themselves, with their opinion on record. This adds more authenticity to the shared content and makes the user more accountable, just like a news editor has to be. Chandra also said that it’s important to separate the fact from the opinion in this manner, which is often jumbled up in digital news.

“We are allowing people to be the ‘Editorji’ in their own individual groups. So everyone can do it. Tomorrow, individuals can do it,  companies can do it.”