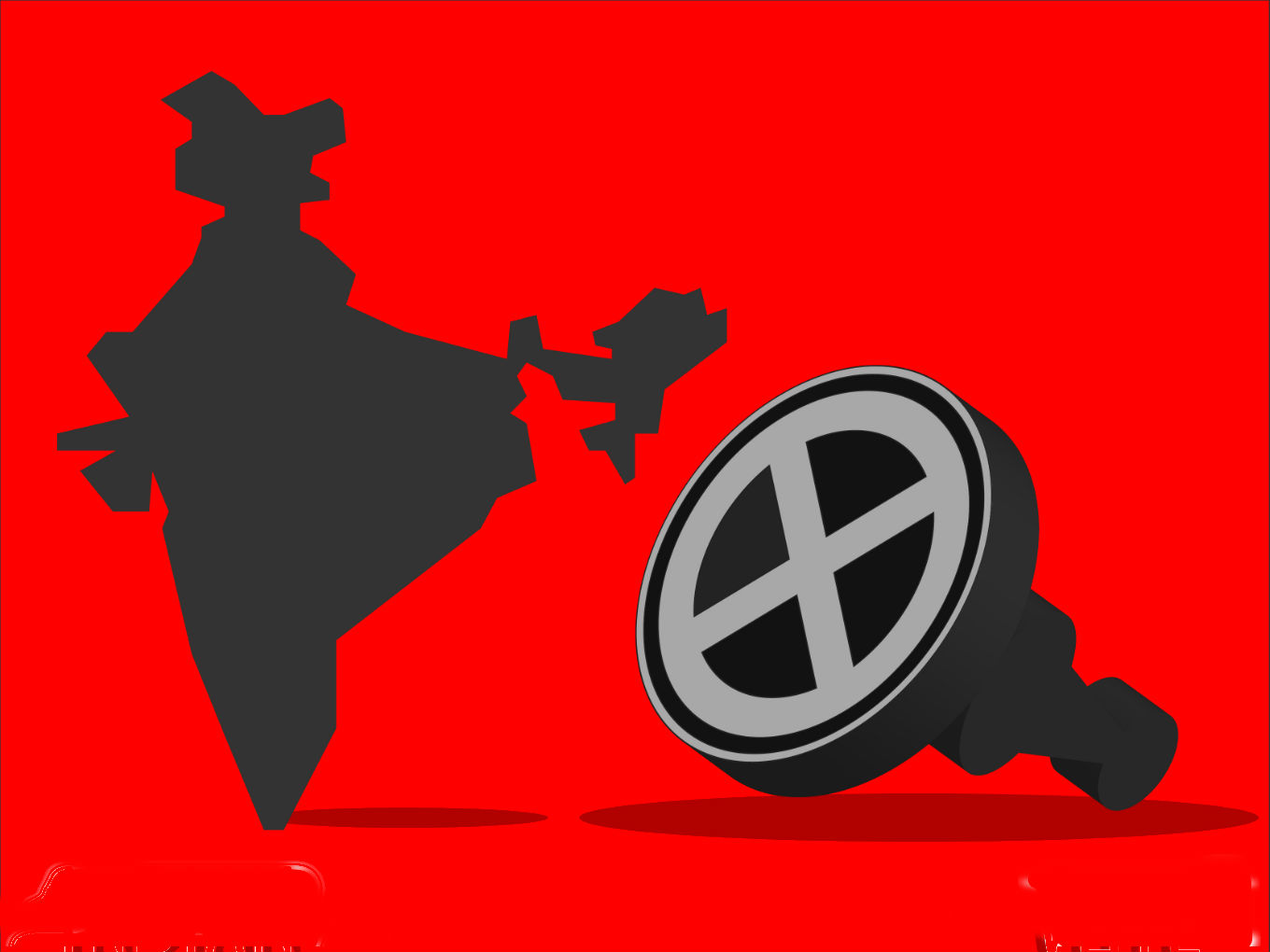 What do startups expect and hope to see from the new government?

With the polling phase of the General Elections 2019 already concluded, it’s time for the election results and finds out who will form the new government. May 23 is the D-day for the Indian political establishment as election results of all states and union territories will be announced and by the end of the day, we would know which party will be forming the next government.

Considering that the outgoing central government has launched more than 150 schemes and policies the startup community’s interest is more than piqued. In many ways, this is the most crucial election for India’s startup ecosystem. As always there are huge expectations from the new government, ranging from fixing policy issues to regulatory clarity and the most important one being tax breaks.

A Startup Wishlist: Expectations From The New Government

Inc42 has covered the most important stories from the startup world in the build-up to the election results, ranging from fake news on social media platforms to bots on Twitter to political ads and electronic voting machine security. And this live article will encapsulate the highlights from the Indian election results. You can refresh the page to get the latest updates.

Priyanka Gill, founder and ceo of POPxo, told Inc42 that India is sitting on the cusp of an exciting opportunity and that while there have been plenty of initiatives from the government, more is needed. “We hope that the government plays the role of a champion and enabler. The 2019 election manifesto ‘Sankalp Patra’ will be put to test in the coming five years. With the resounding mandate given to the government, we hope to see speedy execution and compliance. We look forward to seeing how the Government will establish a framework for the creation of a ‘Seed Startup Fund’. Also the launch of the scheme to provide collateral-free credit of up to Rs 50 lakh to entrepreneurs. To boost women’s entrepreneurship the BJP manifesto guarantees 50% of the above loan amount to women entrepreneurs. These steps will hopefully play a pivotal role in promoting the startup ecosystem,” she added.

In response to the Lok Sabha 2019 election results, Prashan Agarwal, CEO of Gaana said, ”The ongoing 4G revolution is a result of the favourable business environment created by the government’s progressive policies. The rapid increase in the country’s internet population over the past few years has aided digital-first businesses like ours and triggered a widespread rise in customer-centric product development out of India. We are hopeful the newly appointed leadership will help establish a more favourable business environment that cements our country’s status as a global innovation hub”.

Ashish Sharma, CEO, InnoVen Capital said, “The last government has been very supportive towards the Start-up eco-system and with continuity, we hope that this will remain a priority area for the new government. There is a clear recognition that the centre of gravity continues to move towards new economy business models, which are starting to become a meaningful contributor to economic growth and generating employment”.

As the elections come to an end, Aditya Ghosh, CEO of OYO Hotels and Homes, India & South Asia, ” The Indian General Elections is the biggest testament to the power of democracy in the world. Irrespective of the political divide, we hope for a new beginning of inclusive growth, which helps the common man; renewed vigour in creating more opportunities for all; progressive thought and reforms that enable growth and entrepreneurship; and, drive maximum participation of young people”.

Mishu Ahluwalia, the founder and CEO, GoHive encourages the government to make startup friendly policies. “It is imperative that both setting up a company and closing a business should be easy. It can’t become a burden for startups at any stage. Also, the filings for the first 5 years should be relaxed. A new business needs to focus on building the product, and hence this relaxation of norms would help them in putting their energies on the core business,” Ahluwalia said.

Ramesh Nair, CEO & Country Head, JLL India believes that the formation of the NDA government will help in developing the real estate sector. Nair says, ” After half a decade, we now have a glimpse of a ‘New India’ that the Government envisioned for us when it came to power in 2014. While we witnessed the implementation of key reforms during the first NDA regime, strengthening of the overall economy is what is expected with the continuance of those reforms. These measures would directly impact the real estate market. Segments including residential, office and retail have emerged stronger as a result of the developments so far. Due to a renewed focus on globalization and industrialization, emerging sectors like warehousing has come up strongly”. According to him, continuity and stability are the two words that best describes the government’s contribution to the Indian economy.

Citing the growing artificial intelligence market in India, Gaurav Gupta, cofounder and COO of Navia Life Care says, ” The government has shown the willingness to promote this sector in the last budget. We expect a strategic plan to promote AI in various sectors, this would need close coordination of different ministries with Information Technology ministry and technology startups. We hope this government will create policies where a conducive environment is created for innovation.”

Subramanian NN, the cofounder of Maveric Systems also said that the government should push more on the impact of AI/IOT, data science and analytics network which is beneficial for the IT industry. “Digitization and faster web will also continue to encourage the technology industry in India. Implementing these dealings can also improve access to data and will enable India’s transformation into a data-driven economy. Another major challenge in our country is job creation and therefore this sector should be vigorously promoted in order to facilitate, generation of employment and envision a digital world with plenty of options for the youth of tomorrow,” he added.

The Confederation of All India Traders (CAIT) has complimented Prime Minister Narendra Modi and the BJP party for the massive victory in the General Elections. CAIT Secretary General Praveen Khandelwal said traders played a major role in BJP’s victory, and were a strong vote bank for the ruling party and its allies. The confederation also said its exit poll which predicted 290 seats for the BJP & 50 seats for NDA allies, was accurate, as seen in the results

Expectations From The New Government

As the majority party is now clear, the expectations from businesses have started rolling in. Bhavin Turakhia, CEO and cofounder, Zeta and Flock says, “In the last four years, Indian B2B startups have more than tripled. To accelerate their growth, the Government of India must put in place measures such as training hubs for entrepreneurs across India to ease the flow of capital, regulatory compliance and more. Further, these hubs must act as one-stop knowledge, research and development centres so that startups can focus more on innovation and less on processes. Thus, acting as a catalyst or emerging startups across sectors.”

Rashi Gupta, cofounder and the chief data scientist at AI startup Rezo.AI believes a stable government is crucial to promote emerging technology. “We applaud the NITI Aayog’s plan to create an institutional framework for artificial intelligence (AI) in the country. We look forward to the next 5 years of the new government and are positive that it will continue its focus and support to the startup ecosystem; especially to give a push to adoption of AI in India.”

Neel Juriasingani, CEO & cofounder, Datacultr, welcomed the second term for the BJP government, and was bullish about the growth prospects for startups under this government. “In the past five years, the government has shown tremendous interest in the startup ecosystem of India and has made several policies to make it easier for entrepreneurs to launch new businesses and create jobs. Numerous startups have forayed into the various unexplored sectors and have given a new shape to the economy of India. Now, with BJP coming again, we foresee a multi-fold growth of the entire gamut of the startup network with all the stakeholders leveraging the change in the ecosystem. With the vision of moving towards smart cities, fintech, agritech and smart industries, the government of India has been a great support for startups.”

Prasanna Singh, founder of renewable energy news platform IamRenew remarked on the concurrence of exit polls with the actual election results and said “Glad that the exit polls have been broadly accurate. Otherwise, the EVM hungama would have been another level altogether.”

Rajendra Gandhi, CMD, Stovekraft, told Inc42, “A stable government at the centre will further strengthen the fundamental corrections undertaken by it in the last term.”

Saurabh Srivastava, Chairman, India Angel Network also said the stability is crucial for the startup ecosystem. “I sincerely hope the new government will continue focus on and support to the startup ecosystem to sustain and accelerate the momentum built up over the last 5 years.”

Ashwini Asokan, CEO, MadStreetDen, tweeted about Tamil Nadu which was one of few states that the ruling party and its alliance could not dominate.

Anand Mahindra lauded the role played by women and young voters. It’s looking more and more like a resounding victory for the ruling party BJP.

With most results leads showing a majority for the ruling party and its alliance, we are starting to get the first responses to the massive mandate.

This could very well be the first elections where apps and smartphones have had a major role to play, even in the rural sector. One of India’s leading smartphone brands Xiaomi is banking on this with a new feature for its users in the country.

Aloke Bajpai, founder of travel startup ixigo tweeted the Election Commission Link, taking a jab on the Indian television channels reporting and said “Election results – minus all the drama, shouting and heckling…”

The 2019 General Elections have seen a record number of women voters. The turnout was 67% for women voters, matching the 67% voter turnout among male voters for the first time ever. Incidentally, the overall voter turnout is also 67% for the 2019 elections.

Election Results To Begin At 8AM

The Election Commission of India has announced on its website that the status of the Lok Sabha election results will be streamed live from 8 AM onwards. Additionally, results will be announced on the Voter Helpline app (Android and iOS), released by the ECI. This is the first time that election results status and leads will be covered on an official smartphone app.
Inc42 Take: The fact that the ECI has decided to also have live election results on the Voter Helpline app for the first time just goes to show the smartphone penetration in the country. The ECI has been pushing the use of the app for voter registration, status check, inquiries, complaints and more.
Share this  -