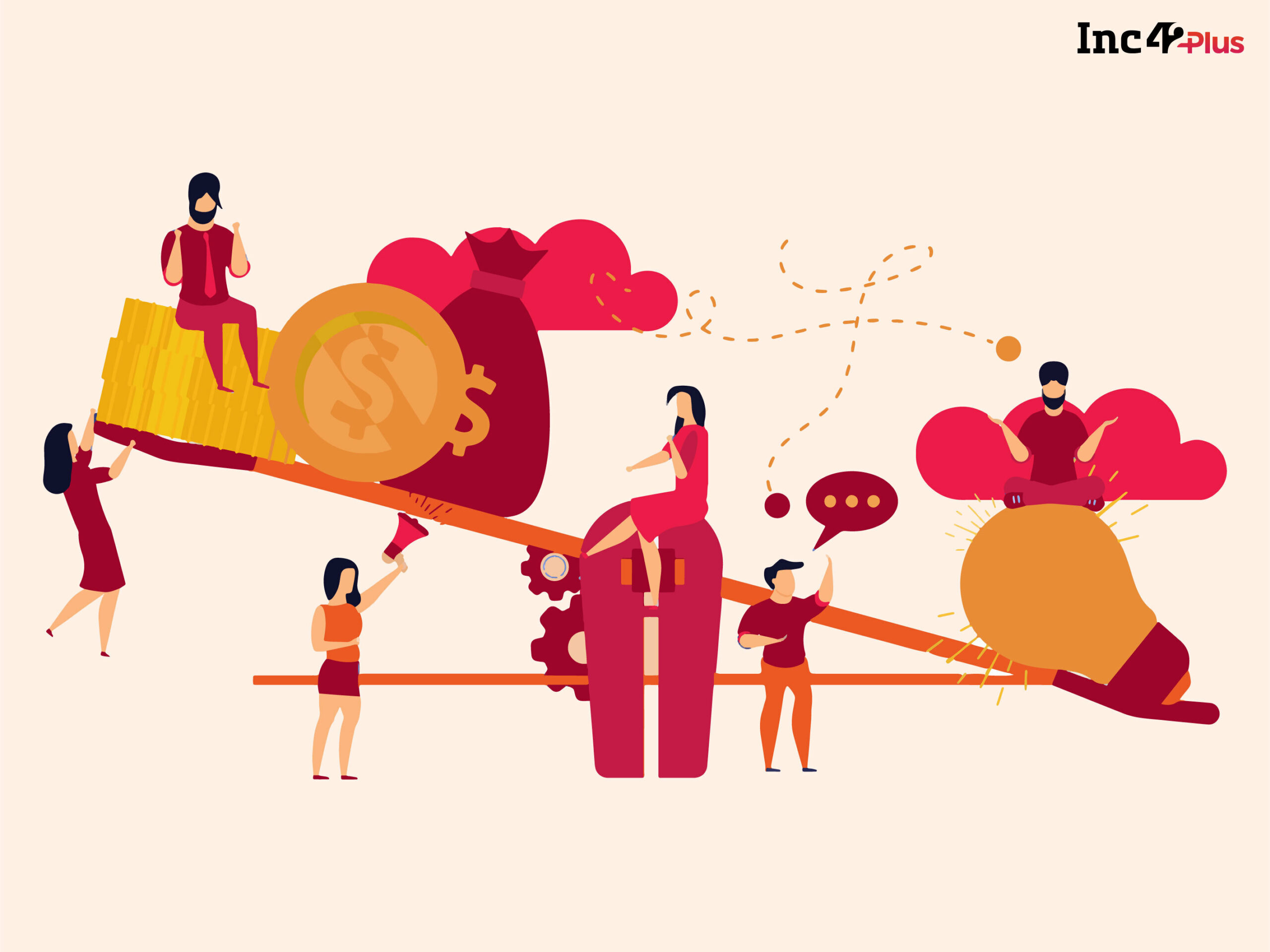 Majority of startups that were profitable in the pre-Covid-19 world are struggling to raise capital from VCs, and are now turning to venture debt funds to sustain and scale in the post-pandemic world

Blacksoil Capital witnessed a 2x growth in deal flow in the last few months, but says the focus remains only on startups that are on their way to hitting EBITDA breakeven

More and more businesses are investing in receivables and inventory in these times, which is where Blacksoil wants to support startups, says cofounder Ankur Bansal

It has been over six months since the pandemic emerged as a threat to life and livelihoods around the world. In India too, of course, the impact has been widespread, sparing no industry or sector as such. Even those startups that were profitable during pre-Covid-19 times are now struggling to extend their runways, and are looking for alternatives to raise capital. While cost-cutting and layoffs have helped some of these startups to remain sustainable to a certain extent, these measures are more for survival rather than scaling up and even funding roadmaps have been disrupted to a large extent.

Amid these stressful times, VC funding has run dry for many startups and even bank loans are harder to acquire with more stringent criteria as banks tighten up their belts to avoid bad debts. On the VC side, many deals have been either called off or valuations have been impacted — raising equity financing has become next to impossible in the current situation unless the startup is seeing direct growth during a tough period.

Here, venture debt funding has emerged as the go-to option for many startups as it offers them the flexibility to raise capital and helps companies to finance their working capital, in a much more structured and sustainable fashion. Though still at a nascent stage, in recent times, venture debt has seen an uptick in terms of interest from Indian startups who are racing to build long term business models.

For instance, Mumbai-based BlackSoil Capital told Inc42 that it witnessed a 2x growth in deal flow in the last few months, primarily driven by startups in sectors like healthcare, consumer, edtech, logistics and enterprisetech among other sectors. “The deal flow is very interesting, last year, we did close to about INR 20 crores deals. Cut to July, it got accelerated to INR 30 Cr,” said cofounder Ankur Bansal.

As a new-age venture debt firm, BlackSoil focuses on structured debt for tech startups while it runs a separate realty fund. In India, it has invested in startups such as OYO, Purplle, EarlySalary, BTI Payments, Chumbak, Holisol, iNurture, Homelane, Letstransport, Rentomojo, Bajaao amongst others.

Today, besides new age banks and family offices have also ventured into this sector and have tried to find ways to lend to growth-stage startups, either through working capital financing backed by cash collaterals. At the same time, the borrowers have also evolved, and are now looking at customised financing options rather than vanilla lending that was earlier on offer. Given this, there’s a whole range of startups within each sector in the debt funding market. So how exactly does BlackSoil determine the penetration within each sector?

For BlackSoil, the diversification of its portfolio is a key factor. Bansal believes that if 70% of the portfolio is not able to pay principal amount on time, a venture debt fund such as BlackSoil, which does not always look to invest with equity investors, is caught in a massive cash crunch.

“Our idea for debt is not like a typical venture debt, where they come in along with a new equity round. We are looking at ourselves as bridge finance or it can be a situation where our venture debt funding helps the company go to EBITDA breakeven or a situation where it helps them finance their working capital. More and more businesses are investing in receivables and inventory in these times, which is where our sort of financing plays a role,” the cofounder added.

The Covid-19 Fallout On Debt Funding

Besides BlackSoil Capital, other venture debt financing firms include InnoVen Capital, Trifecta Capital, Alteria Capital, Stride Ventures and other venture capital firms, who also offer a mix of both equity and debt financing for startups have also witnessed a spur in debt funding deals. According to Inc42 Plus, in the span of six months, over 35 startups have raised venture debt funding, including BigBasket, Bounce, Paper Boat, Furlenco, Dunzo, WayCool, Cars24, HealthcareAtHome among others.

Currently, BlackSoil invests in the range of INR 5 Cr to INR 20 Cr as venture debt, and it invests primarily in Series B and Series C rounds, with some selective Series A participation in mixed rounds. Till date, BlackSoil Group has made credit disbursement of over INR 1,600 Cr across 90+ transactions with 40+ notable exits, including nearby and NowFloats among others at an average internal rate of returns (IRR) of 18%. It has provided INR 820 Cr across 65 growth and VC backed companies, with several of them being potential future market leaders in their respective space. 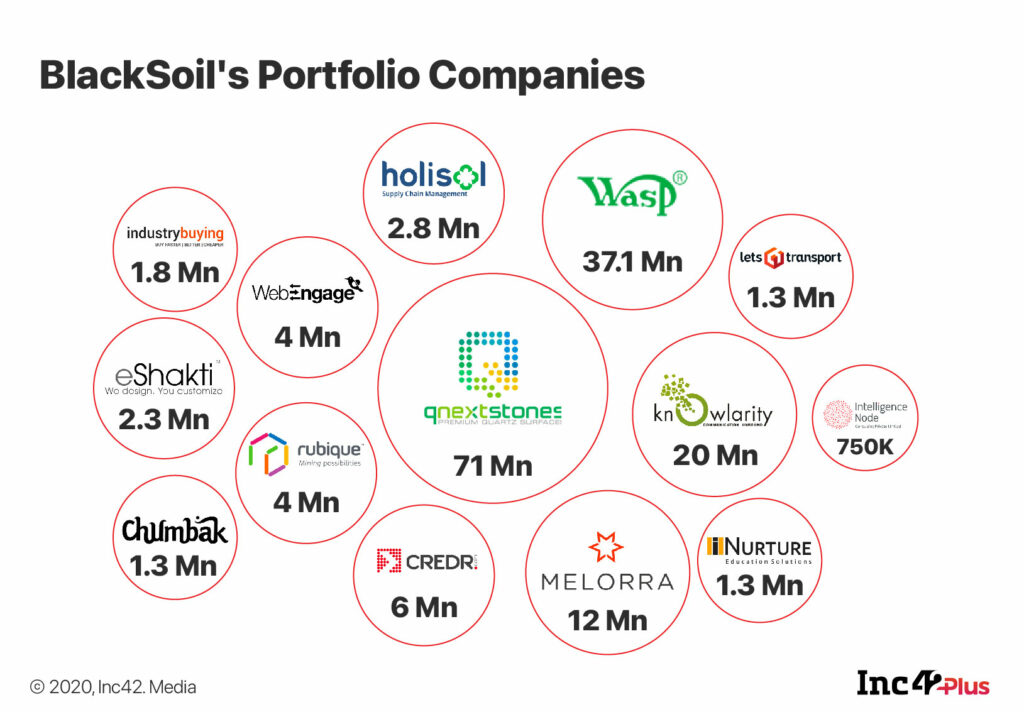 Similarly, Trifecta Capital handles close to INR 1000 Cr in credit spread across 50 companies. It claims to manage some of the larger portfolio of companies across sectors, when compared to other venture debt funds in the country. Overall, the company has lent close to INR 1500 Cr till April 2020. Alteria Capital, on the other hand, also specializes in venture debt funding has managed close to INR 962 Cr of credit across 25 companies, with 40+ transactions, until April. A majority of venture debt investors deliver on average an IRR of 16-18%. This is expected to increase, given the rise in the deals happening across sectors.

Venture debt has remained the most preferred mode of investment into Indian startups in the last five years among all other debt instruments, excluding equity funding. As of early this year, among the various private debt investment instruments such as convertible notes and institutional debt, venture debt funding made up approximately 99% of the total $3.67 Bn raised through debt funding between 2014 and H1 2019. Similarly, in the case of the number of funding deals through debt investments, the contribution of venture debt deals stands at 97%.

In addition to this, Covid-19 has accelerated the startup investment deals by making venture debt a safer option. Plus, availing credit or loans from banks and NBFCs seems to have become risky given the higher interest rates. In other words, it is not feasible for startups that are sitting with a nine-month runway to extend it by just three months through such loans at an interest rate of 14-15%, say many industry experts. So venture debt is a natural way out, but the fundamental idea behind the investments is changing rapidly. No longer are debt investors interested in supporting cash burn without profit. Debt investors might have supported businesses with bridge rounds to extend runway in the past, but not any more. Without getting any guarantees that the business will survive the market turmoil, even debt investors want security in their portfolio.

BlackSoil noted that startups working in healthcare, delivery, edtech, logistics and enterprise tech are the most likley benefactors from venture debt funding in these stressful times since these have the highest cash generation currently. But how does the slowdown in the VC market affect debt funding outlook in the short term? With public markets crashing, VCs are becoming more stingy with their investments.  But as a debt investor, cash-generating startups are the key for Blacksoil, so in that way not much has changed, believes Bansal.

“Equity guys have their own thought process to look at from the long-term point of view and sectors. Versus us, the debt guys, we are not looking to take long-term calls (unlike VCs). And it does not lead to any dilution and more importantly, it can be done quickly,” the Blacksoil cofounder said.

As Siddarth Pai, founding partner of 3one4 Capital, said during the initial phase of pandemic that the days of easy money are over and the path to profitability is paved through sustainability. This is about to continue as investors fear uncertainties, while many are awaiting for a Covid-19 vaccine. Currently, VCs are focussed on supporting their existing portfolio companies with little or no signs of new investments.

Bansal reiterated that VC funding is rightfully being cautious but the thought process comes from the long-term perspective that VCs have to adopt. For Blacksoil too, the basic idea is to keep business sustainability at the core of the portfolio. Without this metric, its own unit economics for debt funding gets impacted severely.

“Our philosophy has been to work with companies which are contribution margin positive. That means unit economics positive. They’re making money on every transaction. If they are going to EBITDA breakeven in the next nine to 12 months, then they fit our outlook.”