#StartupsVsCovid19: Days Of Easy Money Are Over, Siddarth Pai Of 3one4 Capital

#StartupsVsCovid19: Days Of Easy Money Are Over, Siddarth Pai Of 3one4 Capital 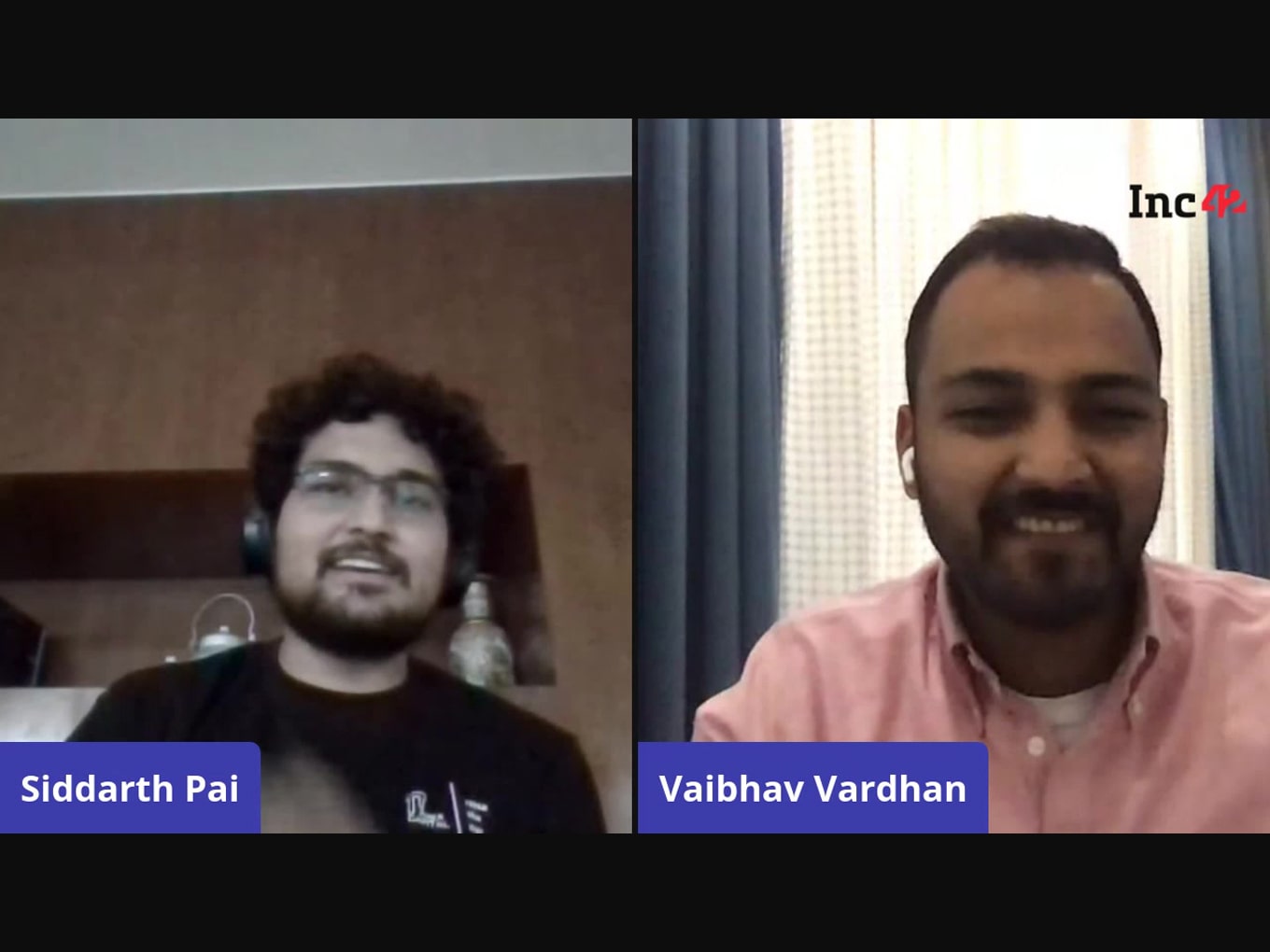 If there is one thing that unites the 7 Bn+ people in the world right now, it is the fight against coronavirus. While life and business carry on through video calls and virtual meetings, the challenge here is that there is no playbook for individuals or business leaders to handle this new reality.

The survivors of the major market crashes of the past — from the dotcom bubble burst to 9/11 and the 2008 recession — have reiterated that this 2020 market crash is unprecedented. Talking to Inc42 cofounder and CEO Vaibhav Vardhan in the first #StartupsVsCovid19 ‘Ask Me Anything’ session, 3one4 Capital founding partner Siddarth Pai said that this market crisis is a combination of all three.

Pai joined us as a part of Inc42’s effort to help startups traverse this unprecedented crisis, which has put several businesses on pause. After receiving over 200 questions from entrepreneurs over last week, Pai was one of the first ecosystem experts to answer these questions.

Over the last few weeks, we have seen businesses going remote, funding talks freeze, a country-wide lockdown leading to disruption across sectors and expectations of major job cuts. Several experts have observed that funding is going to be scarce this year and the startups need to start conserving cash to build a runway for 12-18 months.

But why? Pai explains that most of the funding in the ecosystem comes from public markets at the end of the day. VCs raise funds from limited partners, who depend on the public markets for liquidity and impact the startups at the end. Pai said that India has seen much of the wealth accumulated over the last 10 years erode, with 30%-40% portfolio drop.

According to Pai, the key action points for entrepreneurs who need to survive six months are:

Even though markets are expecting a V-shaped recovery, there is still a lack of clarity on when the lowest point will come before the market picks up growth. Pai also said that the startups which raised funding in 2019 would be safe, considering the runway they would have, but others are not.

With funding rounds expected to be on pause till June 2020, venture capitalists will opt to wait and watch.

“After June, the ecosystem may see some capital calls being honoured, but right now several term sheets are being pulled off.”

He also noted that any growth after June can only come if public markets improve.

While portfolio triage has already been discussed, Pai noted that even within the portfolio, the more mature companies will get maximum attention and funding, while middle-companies will have to prove themselves to raise funds, while low performers will have to find other ways like M&As to survive.

Emphasising the point about sustainability is the driving force right now, Pai added this is key to growth, survival and even future fundraising plans.

He also said, “Days of easy money are over, and the path to profitability is important and sustainability is the need of the hour.”

He said that this is a rude wake-up call for anyone looking to raise capital to substitute for revenue and profits. “The path to profitability is on everyone’s mind, sustainability is the need of the hour and all the business models that actually substitute revenue for capital, which keep raising mega-rounds of funding just to keep alive, all these models are going to go through the wind,” Pai added.

“The entire growth vs profitability debate has taken a severe detour ever since WeWork IPO debacle that happened. This is actually final nail in the coffin for move fast, break things, raise large amounts of money and can get profitable later.”

Siddarth Pai also noted that going forward, the metrics to judge a public company and a private company like a startup may align considering efforts in asset allocation. He also showed optimism towards remote work, saying that the way startups will see work from home will change.

In terms of imminent layoffs, which is a major fear for businesses trying to cut costs, Pai said, “Layoffs will be the last resort as startups have created a lot of jobs.” As per the government, 25K DPIIT-recognised startups employ over 3 Lakh people.

Advising on cutting costs instead of jobs, Siddarth Pai said that the cuts should begin at the top with founders. Further, he noted that hirings should be frozen and bonuses should be kept aside, while ESOPs can play a good role in present situations.

In terms of sectors which will bloom out of this crisis, Pai said that media, edtech, productivity tools, healthtech leveraging AI will be more active. Further, in terms of mobility, which has been hit a lot due to the lockdown, Pai said that the companies will have to change plans of scaling and pricing. He also noted the people would choose to live more individually, which could impact the sharing economy.

An earlier version of this article had mistakenly quoted Siddarth stating “Days of VC Money are over” we have updated the same relfecting the right quote.