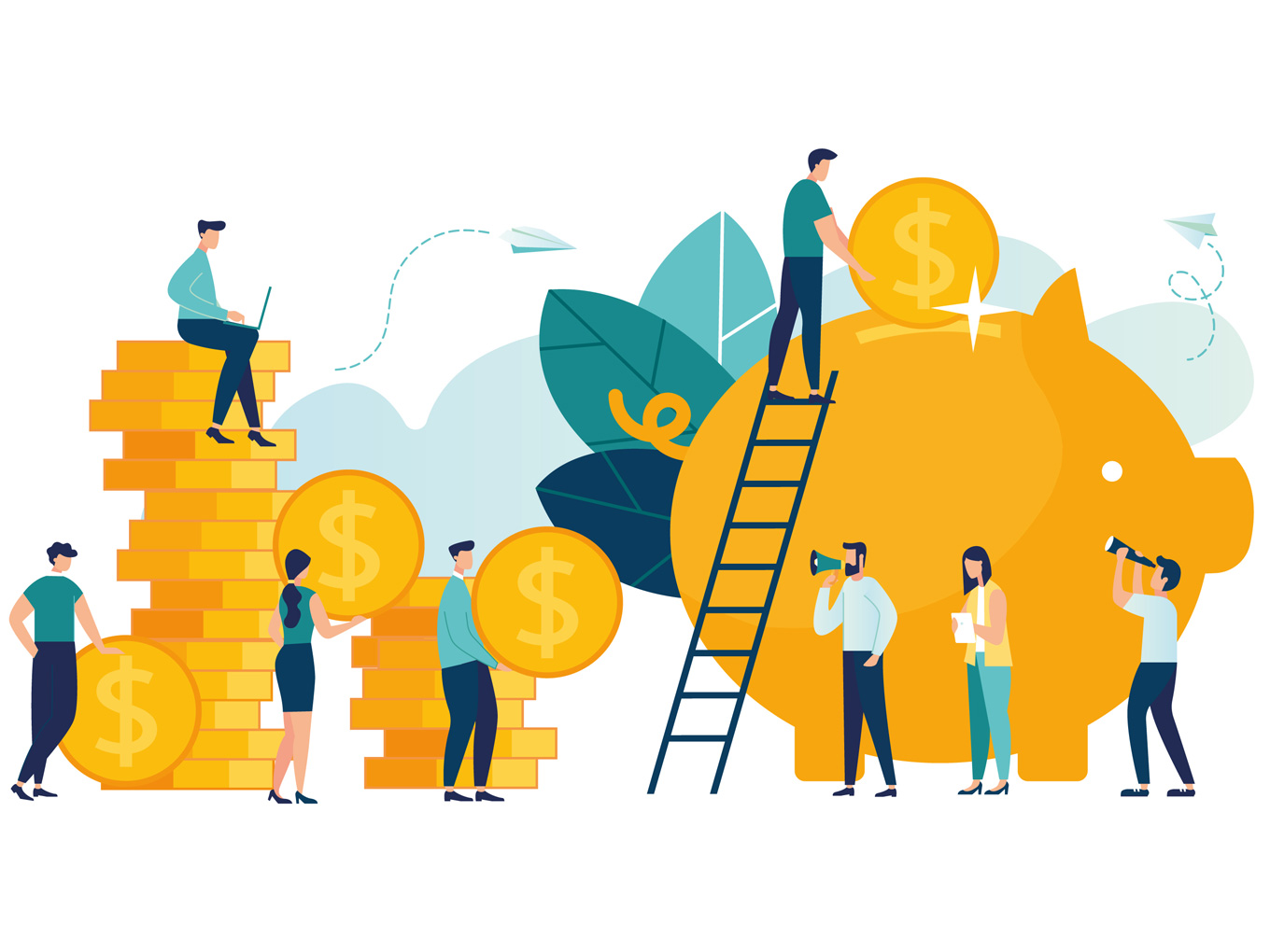 Venture debt has become one of the most preferred modes of investing in Indian startups, even among VCs who are used to equity rounds. What explains its rise?

In the past couple of years, the massive surge in non-performing assets (NPA) running into thousands of crores has hurt the Indian fintech, banking sector as well as the economy. The government’s measures such as the Insolvency and Bankruptcy Code, 2016 have arrested the NPAs but made banking institutions in India more cautious in lending to companies.

Further, a few banks have been put under RBI’s prompt corrective action (PCA) plan, thereby restricting their ability to lend. With banks facing constraints on lending, Indian startups have been looking at alternative modes of funding resulting in a substantial rise in private debt funds in the Indian debt scenario. Especially in cases where venture capital funding is out of reach or when startups are not yet ready to bring on a VC investor.

The emergence of these debt funding platforms can also be attributed to the enactment of the new insolvency and bankruptcy laws in India in 2016, which gave creditors substantial powers to ensure that promoters of Indian startups don’t go rogue.

The Dynamics Of Debt Funding

Debt funding is similar to a bank startup loan to raise capital, which brings individual or VC investors a steady interest from the borrowing business along with a structured repayment plan. No stake is sold, unlike in an equity round from a VC, angel investor or a corporate fund. The interest rates are usually set pretty high in the case of startups to compensate for the risk of business failure.

For business models that have good monthly recurring revenue, debt funding rounds are a safer bet, as it allows them to retain full control or equity in the company while securing the funds necessary for expansion. Plenty of startups use debt funding rounds as investment instruments themselves, investing in mutual funds and fixed deposits to gain interest over a period of time. This gives the business a lot of room to maneuver its pieces in the scale-up phase.

But what about VCs and investors? What’s driving them to debt funding?

Alteria is India’s largest venture debt fund focussed on startups that also have strong VC backers. It has invested in almost 20 companies including Stanza Living, Dunzo, Universal SportsBiz, ZestMoney, Vogo, Country Delight and Toppr among others.

Alteria cofounder Ajay Hattangdi believes it’s never down to one factor. “There are several reasons why VCs may choose to have debt in their companies. The obvious reasons are to help their portfolio companies extend their cash runway and therefore improve the chances of valuations improving ahead of their next round, fund acquisitions or make asset purchases. However, VCs may also introduce debt into their companies to instill financial discipline or to portray financial staying power ahead of the next round.”

That last bit is crucial. More and more VCs are turning to debt rounds to help assess the long-term potential of a startup. Capital infusion at the right stage of the startup lifecycle can work wonders — for investors and startups. So the timing of the debt funding round is more crucial as startups need to have the revenue confidence to pay it back.

Hattangdi said that while debt is cheaper than equity, the borrowing creates a repayment obligation on the borrower company. This places an additional burden on the company in difficult times when financial performance is under pressure.

“A company should be able to make the most use of the benefits that leverage provides only when it has a cushion of cash either from a sizeable equity round or from business operations to sustain any interim downturns. Similarly, very young companies that are yet to prove their business model should generally avoid taking debt until they navigate past the initial phase of survival.”

Businesses have had to shut operations since debt repayment is a definite regular expense that increases the outflow of money.

Trifecta Capital managing partner Rahul Khanna believes a startup should consider raising debt financing at around the same time as it raises its first round of institutional equity. “As early rounds of equity fundraising are highly dilutive, accessing venture debt early can be a critical component of the promoter’s toolbox in managing dilution while ensuring that the business continues to grow rapidly,” Khanna told Inc42.

“Venture debt should be used judiciously in combination with equity and never used to replace equity entirely. While using too much equity may, at worst, suppress returns for the investor and founder, too much debt can potentially endanger the company’s very existence.” – Ajay Hattangdi

Trifecta, touted as India’s first venture-debt fund has invested more than 90% of its capital in debt investments, with direct equity funding used as a compliment in some situations. It also participated with equity options worth 10-20% of their debt investments in their portfolio companies.

Khanna gave us a little peek into what investors might look at. “Certain capital intensive business models which require heavy investments in either physical assets or in working capital are well suited to debt. Other businesses which can use debt well are companies which are investing in their brand/customer acquisition, in which case debt is a useful complement to equity funding.”

Trifecta has backed funding for startups such as BlackBuck, DeHaat, Ninjacart, BigBasket, Cashify, and UrbanClap recently.

While Hattangdi of Alteria says that venture debt can be applied across business models, he added that it is not as useful in infrastructure or real estate businesses as they may be more amenable to bank funding or project funding which is cheaper in the long run for these businesses than venture debt.

The most important benefit is that here, the investor doesn’t have a right over the company’s decisions. The investor’s role starts and ends with lending and its repayment and they have no right to interfere in the functioning, operations or business decisions of the startup. Thus, the founder gets to run their startup freely and retains autonomy over business decisions.

As per Datalabs by Inc42, despite the availability of private debt instruments such as convertible notes, venture debt remains the most preferred mode of debt investment into Indian startups. In the context of the funding amount, venture debt makes up approximately 99% of the total $3.67 Bn, similarly in the case of funding deals its contribution stands at 97%.

Hattangdi of Alteria told Inc42 that venture debt in developed markets like the US and Europe account for roughly 15% of total venture capital flows. In India, that number is still under 5% indicating the potential for the future of venture debt in India. He adds that going forward, startups will continue to rely increasingly on combining debt with their equity rounds as it is widely preferred among founders and investors. What is the reason for this?

For VCs, debt funding brings in the freedom to make a small bet without going all-in on a startup. Compared to equity rounds, this is surely an advantage as VCs can make an early exit or review plans to invest further if they anticipate loss.

Startup debt financing has another benefit for startups — it can be the boost a business needs at the growth stage, without being bled for equity by VCs. It can help tide over a rough patch or regulatory uncertainty which is a bet VCs might not be willing to take by lowering the stake demand.

The fixed rate of interest in debt repayments means that if the business earns returns at a higher rate, it can actually earn a minor profit, which in the case of equity financing would mean higher dividend payments to investors, in accordance with the terms set at the time of the investment.

But it’s not like there isn’t a flipside. Like in the case of lower than expected returns, the debt repayment becomes a huge burden. Indeed, the compulsion of repayment, irrespective of the company’s profit and loss statement can be, a major concern.

Startup debt financing is provided against the company or founder or promoter’s assets, which are treated as debt securities. Thus, if the business fails or there is bankruptcy, those assets can also be seized by the investor or the bank in case of non-repayment, leading to even higher loss.

Does Debt Funding Have A Reputation Problem?

The nature of debt-funding is such that observers often see it as a bridge round or interim funding intended to cover a business’s short-term expenses until bigger funding is secured.

While Khanna of Trifecta is of the opinion that it is not accurate to describe the use of debt as bridge funding because they have witnessed less than 5% of such cases, Alteria’s Hattangdi believes that the role of debt is to simply provide a buffer against the company running out of cash ahead of the milestone.

He further adds, “A key part of a lender’s diligence is to determine the probability and timing of the next equity round and an assessment of whether the company has a healthy mix of equity and debt capital available to realistically achieve that milestone. We will generally not approve a debt underwriting if the gap between the cash needed to achieve a milestone and the cash available is too wide.”

But equity funding does bring in that element of mentorship, which many say that venture debt can never match because of the very fact that investors do not get a say in the business. Trifecta’s Khanna told us that’s not quite true.

“As a debt investor, we do not participate in the board of companies, but we do provide guidance, mentorship, and advice around capital structure and business development. Further, we find that as a debt investor, we often bring in a perspective around financial discipline and stronger cash flow management which can be of invaluable help to companies.”