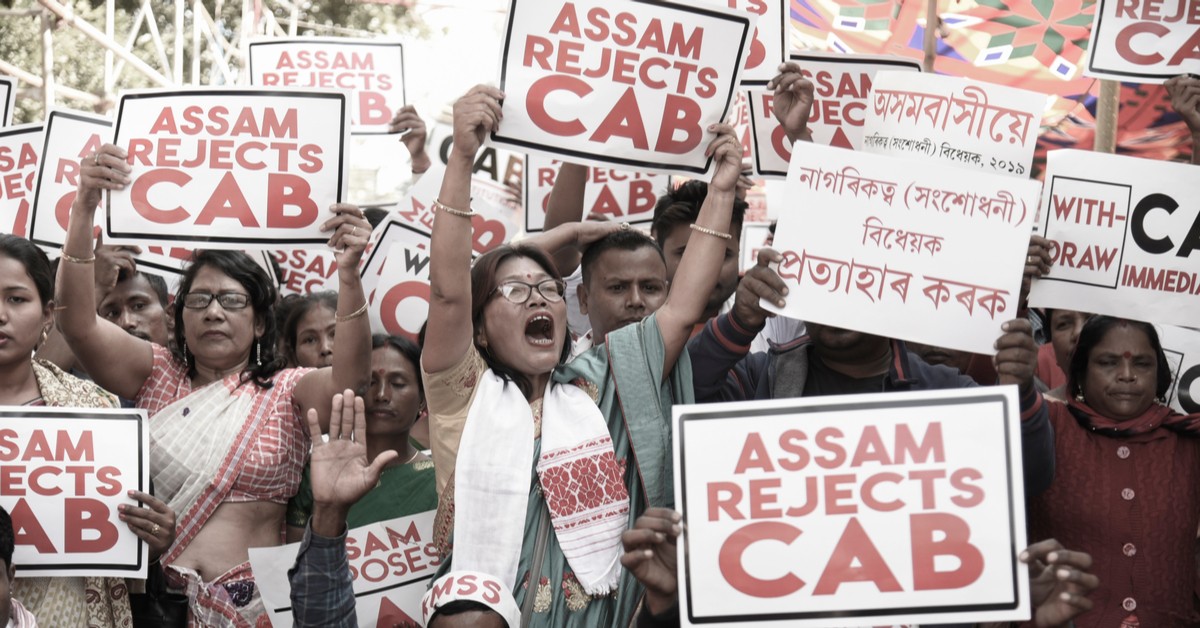 Assam has been protesting against the bill ever since

The five months of deafening silence in Kashmir has officially engulfed Assam too. Starting from 7 PM on December 11, mobile internet and data services were shut down in the northeast state for 24 hours and later extended up to 48 hours. According to a state government notification, this step was taken supposedly to prevent misuse of internet platforms and social media to disturb the peace and order in Assam.

Assam has been protesting against the Citizenship (Amendment) Bill, which was passed in the Rajya Sabha yesterday with a narrow 125 – 105 margin. In addition to internet shutdowns, 5,000 paramilitary soldiers are deployed in the state to control the ongoing citizen protests.

Ground reports from Assam have shown stern protests across the state, followed by police firing and lathicharge on civilians. Multiple incoming and outgoing trains and flights have also been cancelled in the state.

Interestingly, Information and Broadcasting Ministry has also asked television channels to refrain from running content that promotes anti-national attitudes or affects the integrity of the nation.

Responding to the tense situations, Prime Minister Narendra Modi said in a tweet, “I want to assure my brothers and sisters of Assam that they have nothing to worry after the passing of #CAB. I want to assure them- no one can take away your rights, unique identity and beautiful culture. It will continue to flourish and grow.”

However, given the limited access to internet in Assam, we are not sure how many people in the state were able to read this message.

The Citizenship (Amendment) Bill proposes to give Indian nationality to Hindu, Sikh, Buddhist, Jain, Parsi and Christian refugees who have entered India before December 31, 2014 in order to escape religious persecution from neighbouring Muslim-dominated countries including Pakistan, Afghanistan and Bangladesh. However, the protests in Assam and other parts of Northeast India stem from the fear that naturalisation of such refugees would lead to dilution of the local cultures and traditions.

Since the abrogation of Article 370 in August 2019, internet has been shutdown in Kashmir for the past 122 days and still counting. Such a long period of disconnectivity had shown adverse effects on the citizen’s participation in the internet economy. WhatsApp user accounts from Jammu and Kashmir were deactivated because of the messaging platform’s policy to remove inactive accounts.

According to a Kashmir Life report, the internet shutdown has also impacted local journalists who have been cut off from contacting the national media organisations.

While @RiazKha61370907 and @RiazKha723 accounts were deleted by August 13 morning. Sadaf and Syed Ali Shah Geelani’s accounts were suspended by Twitter. The accounts that are yet to be taken down have shared views that are contrarian to many mainstream media reports and the central government’s official press releases about the situation in Kashmir.

Whether the government orchestrated similar censorship requests to quell the stream of contrarian views from social media handles sharing reports of protests in Assam could not be ascertained. Inc42 has reached out to Twitter and Facebook for comments on this situation and will update the story as and when we receive their response.