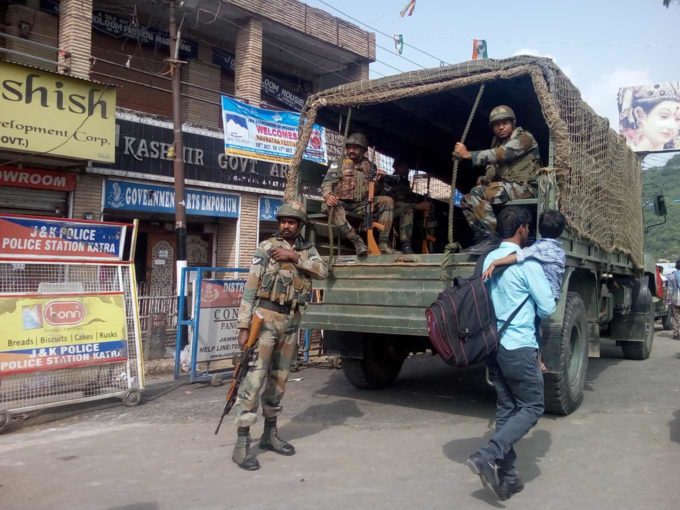 As the newly created union territory of Jammu and Kashmir enters its fifth month of internet blackout, the residents of the Kashmir valley have started to suffer from yet another harsh reality. WhatsApp users in J&K are being booted out of their accounts because of the messaging platform’s policy on inactive accounts after the Narendra Modi government imposed a ban on all internet communication in the union territory.

As reported by Buzzfeed India, many WhatsApp users took to Twitter to voice their frustrations after their contacts based in J&K were automatically kicked out of active WhatsApp groups for inactive accounts.

A WhatsApp spokesperson told ET that its security measures means that accounts generally expire after 120 days of inactivity. Notably, the Indian government had shut down calling and internet services in J&K from August 4, when it revoked the former state’s special status.

The Facebook-owned company added that if an account of a user expires because of the inactivity, users automatically get removed from all their WhatsApp groups. “People will need to be readded to groups upon regaining access to the internet and joining WhatsApp again,” the spokesperson was quoted as saying.

Moreover, according to WhatsApp, this is applicable to all territories and users, not just for India.

The internet blackout in Jammu & Kashmir began in early August, days ahead of the contentious abrogation of Article 370, which took away the special rights assigned to the erstwhile state and split it into two union territories of Jammu & Kashmir and Ladakh. The region is estimated to have around 4.9 Mn smartphone users.

Faisal Kawoosa, founder of telecom consulting firm techARC told ET that in the Kashmir region which has been hit by internet disruption for 120 straight days, could have as many as 1.5 Mn WhatsApp accounts deactivated. The numbers are adjusted for residents who would have been able to travel in and out of the region and might have kept their WhatsApp accounts active.

Kawoosa, who hails from J&K, said that on Wednesday (December 4) night he saw friends and family members getting automatically kicked out of WhatsApp groups. “My school and family WhatsApp groups painted a very weird picture on Wednesday as suddenly at the same point I saw various members being reported as left,” he added.

Individuals originally belonging from J&K, who are now residing in other parts of the country and the world, also took to social media sites such as Facebook and Twitter to show their concern as the blackout continues to disrupt life and limits independent media coverage in the region.

Moreover, the contacts of the users who were earlier showing up as WhatsApp contacts, are now reportedly being displayed as ‘Invite to WhatsApp’.

Although the accounts of the WhatsApp users are getting deleted now, users who have connected their accounts with Google Drive will regain access to the data using the cloud backup service.