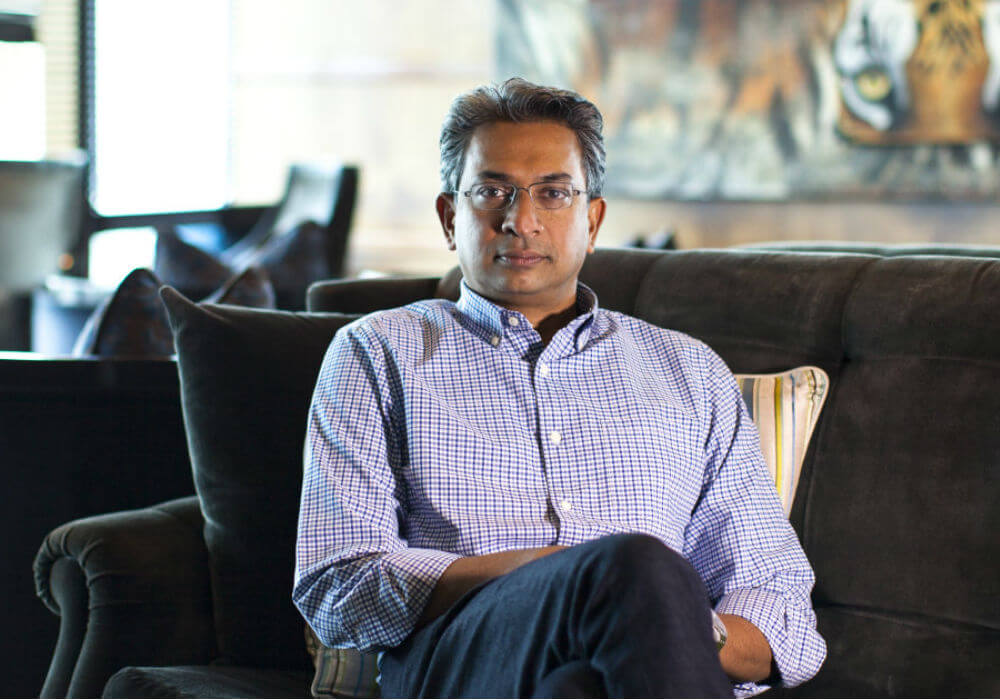 An Angel Investor Should Remember That Startups are Not A Not A Traditional Asset Class: Rajan Anandan

Google’s Vice-President for South East Asia and India, Rajan Anandan has a portfolio of over 80 startups. He is probably the most sought-after angel investor in the country yet Rajan believes it’s the other way round.

“It’s a privilege to be investing in awesome companies. The startups that make it are because they are awesome, angel investors get lucky,” opined Rajan Anandan in a candid chat with Amit Somani, Managing Partner at Prime Venture Partners at the LetsIgnite Mumbai event.

Revealing that he started angel investing after he graduated out of MIT by loaning money to friends who were treading the founders’ path, Rajan has seen it all in the cycles since the 1990s. It is this vast experience which has helped him hone his strategy in the last eight to nine years which is to invest in 8-10 early stage companies in a year.

“The portfolio approach works for me. Only one out of 10 investments play out. I only do tech, only occasionally I do a non-tech company because I am learning about a space in early-stage companies. However, I never invest in myself as I have no time.  I am always co-investing with investors who have time,” he revealed.

“But how exactly can get entrepreneurs get a cheque from you?” questioned Amit, to which Rajan’s reply was referrals.

Let’s delve into that.

How Can Startups Get A Cheque From Rajan Anandan?

Rajan revealed that referrals are what works most of the time with him. Since he has a decent size portfolio, smart entrepreneurs are able to find probable investees that could interest him and refer the same to him. However, that doesn’t mean that he has ruled out serendipity completely when it comes to interesting ideas.

Citing an instance, Rajan Anandan revealed how he chanced upon such an interesting entrepreneur during his recent visit to Bengaluru. 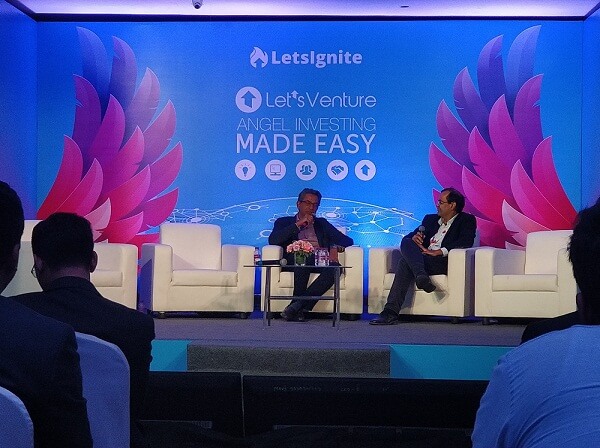 “So I was visiting the Nasscom incubator space in Bengaluru. One of the team members approaches me and said – you must meet my husband. He was babysitting at home. Next thing I know I am meeting her husband who is an entrepreneur building a SaaS company. Next thing I know he is coming with me and we ended up spending an hour and a half at the Leela hotel bar. Next thing I know I am investing in his company! That sort of serendipity does happen too.”

So if he has actually gotten around to meeting a founder, that means he is actually interested in the idea. And the person is interesting too!

He reveals, “Before meeting people, I have already done a few reference checks. Once I meet, in the next 30 to 60 minutes, I try to get a sense if this is the founding team that can run the distance for 10-15 years. Do they have energy and the chemistry? Are they interesting?”.

“Because the reality is I have to probably talk to them for a decade! And because I tend to invest in things I understand deeply, in half an hour I can ask the five questions that matter. By the 7th question, if you are still with me, it means at least you know your business. Which is why I don’t invest in things I don’t understand because I have no idea what questions to ask,” he said.

When Amit probed him on what are the characteristics he is looking for in startup founders, Anandan stated that he normally shies away from single founder startups.

“Single founder startups are difficult; I don’t invest them in anymore. This is because as a startup, you go through three to five near-death moments where if you don’t have another founder, it’s difficult to see your way through. Persistence and ability to stay in it when all the chips are down, that is the single biggest criteria for me, he said.

“Just being able to do stick with it is important. The dynamic between founders is very important too. Sometimes I see founders fight while they are pitching and I wonder you are really going to work together for 15 years to build a company?” surmised Rajan.

Rajan Anandan And His Three Buckets Of Investments

Taking the conversation further, Amit probed Rajan on the kind of investments that attract him. Herein the Google VP revealed that roughly they fall into three categories – the first is where he thinks these companies are going to be valuable and he might make some money.

The second is where he is trying to learn about a new sector – for instance, his investment in MapMyGenome was one such learning experience as he did not know anything about life sciences and genome. It was the first life science company he invested in.

The third type of investment he makes is wherein he feels it is a good thing to do. “You can call it social investing. I am not expecting them to return capital or outsized returns but they are generally good things to do. And my view is that if you are building useful things, at some point they will become very interesting but it may not be in the next five to ten years.,” he explained.

However, he added that he is a big fan of B2B startups because till date all the exits he has had where more than what he had invested was returned came from B2B companies. Hence he likes B2B companies as they tend to be very focused, are solving a real problem, and it’s very difficult to give it away and lose money in a B2B startup.

On Being A Happy Angel Investor

Talking more about exits, he revealed that most exits are 3x to 5x but they don’t make an angel investor much money.

“What you are looking for is a 50x or 100x but that is very rare. It’s not even one out of ten; it’s probably one out of 20 or 30. And you will have few of those. So the only reason I can keep on doing what I am doing because of those exits. And the honest truth is you never know,” he said.

He further added, “At the end of the day you feel you are investing in a founding team that is capable, an idea that is big but everything changes. The market changes, the founders change. So I have stopped trying to predict what’s the one out of the ten that are going to be a home run. What I do is when founders write to me that it’s time to give up, I feel fantastic and move on. I just move on.” So he advises founders not to over analyse and worry all the time.

“I have zero worries. I see angel investors who are losing hair, calling the founders names. But I am like who cares man? Most startups are going to fail. So my system is I always invest in things I understand. I can help them connect with right partners. But when it doesn’t work, I move on. I don’t try to over analyse. The faster I can get to the winners, the more efficient I become. Now I don’t agonize over failures. If you are in something where most things fail and you are agonising about failure, you are toast. You are going to be an unhappy angel investor!” quipped Rajan Anandan.

When questioned about the investor’s role in mentoring and hand holding, Rajan revealed that he simply doesn’t have the time to delve in constant monitoring and monthly meeting. But is always available on call to help.

“My philosophy is-be helpful when help is really needed as opposed to being very involved. So when founders who have spent six years of their life want to shut down, my role is not to question them but support them.”

Rajan’s advice to the angel investor community is to spend a few years learning and developing their model of angel investing. “I have figured out my model and it works for me as I have been investing for a really long time. It takes a few year to learn the best way to learn is through co-investing, platforms like LetsVenture, angel networks, or being an LP in Seed funds.”

But ultimately an angel investor has to remember that startups are not a traditional asset class per se. Hence to master angel investing, an angel investor needs to have a strategy, work on it for a couple of years and should reason question why should startups come to him?

Hence before jumping on the bandwagon of angel investing, Rajan Anandan implores an angel investor to try answering these three questions. For ultimately he believes that it’s the startup founders that make the startup, angel investors just get lucky.