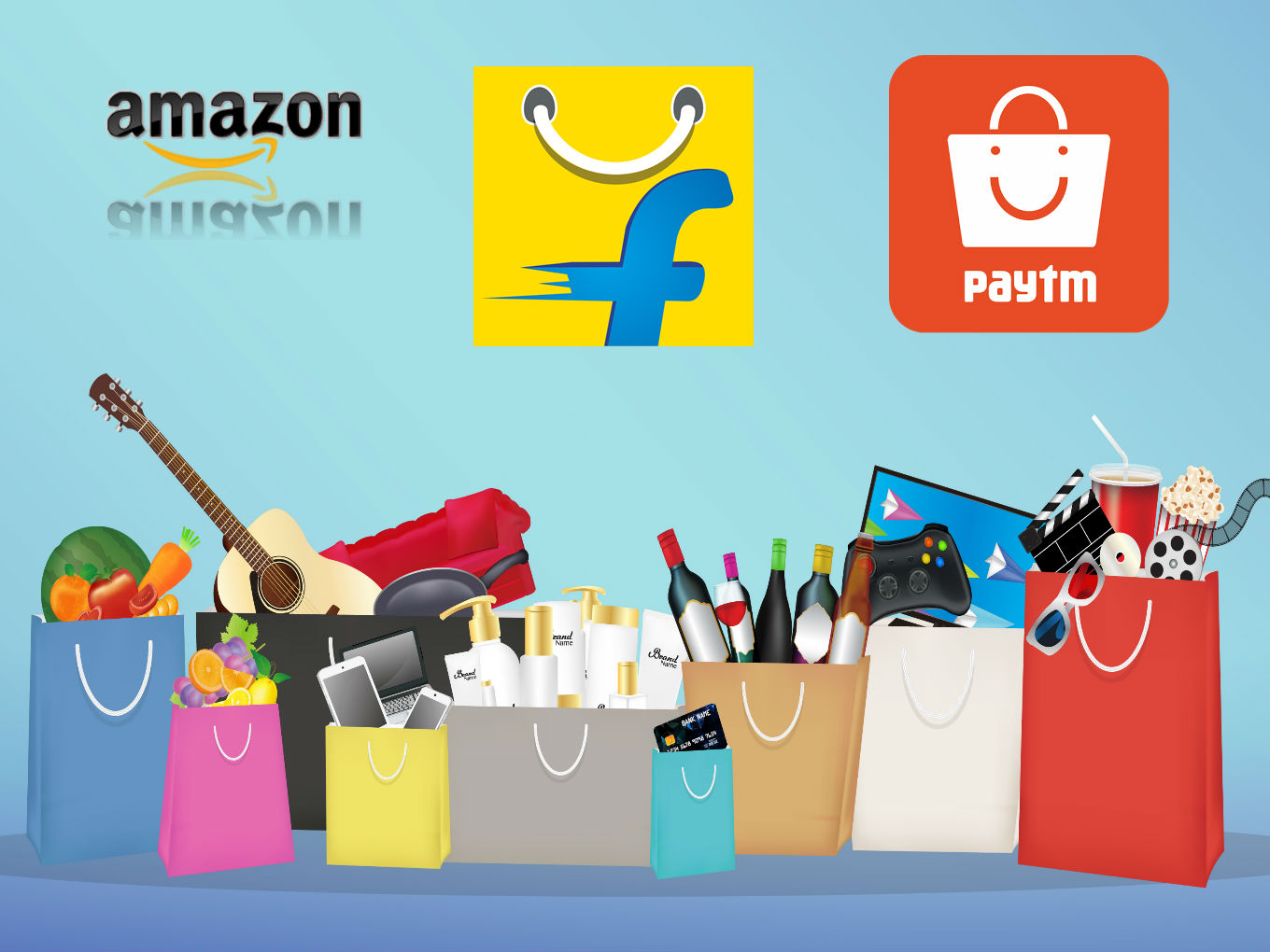 Festivals are a time of jackpot for Indian ecommerce retailers. In the last five years, festive sales have been credited to increase the overall ecommerce market in India from 0.7% to 3.2%, powering 6X growth, according to research firm Redseer consulting.

While earlier, Tier 1 cities and metros were considered to be responsible for the phenomenal gross merchandise value (GMV) notched up by e-retailers during these festive sales, the game has now shifted to Tier 2 and Tier 3 grounds.

The key drivers of strong sales performance this festive season were said to be increased awareness of online shopping, new affordability schemes and cashback offers, increased ease of and trust in digital payments, as well as loyalty schemes and subscription services launched by different ecommerce retailers.

Flipkart Vs Amazon India Vs Paytm Mall: Who Is The Winner?

This year, the festive sale battle was fought three-way between Amazon India (Oct 9-15), Flipkart (Oct 10-15), and Paytm Mall (Oct 9-15) and was all about blowing their own trumpets.

Paytm Mall, in the show for the second year now, seemed to maintain a slightly lower profile, sharing the results only after the end of its sale.

In a media statement, the company said that it saw a three-fold jump in transactions during the first four days of its festive sale, driven by categories like mobile phones, laptops, and groceries.

Paytm Mall also claimed that its platform has already received 50 Mn visitors this month and the increased traffic has contributed to higher sales figures. Inc42 earlier reported that Paytm Mall has partnered with several brands and was planning to invest over $33.7 Mn (INR 250 Cr) to offer cashbacks and Paytm Gold during its major sale event this year.

With the start of the sale days, Amazon claimed its dominance in the smartphone segment. In a media statement, it claimed to have recorded the sale of over 1 Mn devices for Xiaomi and receiving INR 400 Cr worth bookings for OnePlus.

Going a step ahead, Flipkart CEO Kalyan Krishnamurthy, on the second day of the sale, claimed victory for Flipkart. “There is no clear number 2,” he said in an interview with TOI.

While Flipkart may claim victory in this year’s festive sale, Amazon India gave it a nail-biting competition and the Walmart-owned unicorn better watch out for more of the same.

Tier 2 And Tier 3 India: Catching Up With Tier 1 Shoppers

This festive season, Flipkart observed a big shift in customers, with a large percentage of them coming from Tier 3 and below cities.

Close to 40% customers for the private label brands came from Tier 3 and below towns, and over 12% of them were new to Flipkart and ecommerce.

For Amazon as well, more than 82% of its new customers were from Tier 2 and below. “With 3X times surge in Prime member signups across the country, more than 80% of new customers coming from small towns, and orders from 99% of serviceable pin-codes in just four days, we are humbled that Amazon.in is trusted by India to find, discover, and buy anything online,” said Amit Agarwal, senior vice president and country head, Amazon India.

It must be noted that while Flipkart has maintained a lead in the non-metro markets since last year, Amazon India has really pushed itself for this growth.

As per a Redseer Consulting June 2017 report, Amazon’s Prime offering has enabled it to capture leadership in the metros.

Further, a February 2018 report on Money Control projected that India’s e-tailing industry is expected to have more than 50 Mn online shoppers from Tier 2 cities alone by this year-end.

A major growth driver for the increase in sales from Tier 2 and Tier 3 cities is the increased penetration of smartphones and the Internet. Further, apart from the above players, online marketplaces such as Snapdeal, Shopclues, Craftsvilla, and KartRocket, among others, are also working closely with local artisans, thereby increasing awareness of online shopping even in remote and far-flung areas.

Some may feel that this growth is all about the deep discounts and extensive marketing strategies adopted by the ecommerce players. But for some, this is the rise of a new India, where non-millennial, semi-urban and rural shoppers are now coming online. While industry analysts are busy identifying the metrics for the festive battle of 2018, once again, the Indian consumer has flipped all projections and proven customer indeed is king.