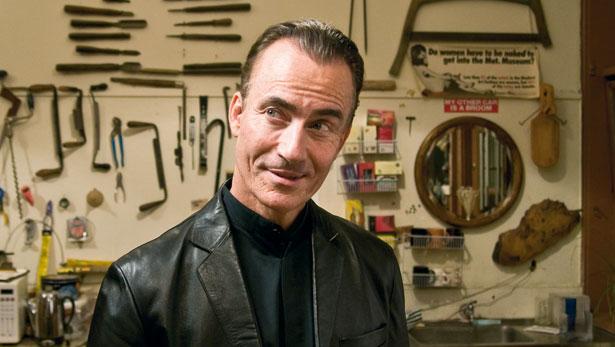 Trip Hawkins is a renowned Silicon Valley entrepreneur and the founder of the gaming pioneer, Electronic Arts. He was also the Director of Strategy and Marketing at Apple 1982, when, in an ‘Act of betrayal’ as Steve Jobs saw it,  he left Apple to start Electronic Arts (More on Trip, Jobs, Apple & LSD below).

In his course of life Trip has also founded the game console company 3DO Co. and the mobile gaming company Digital Chocolate Inc. His latest startup, an educational games maker, ‘If You Can Company‘ recently raised $6.5 Mn in Series A funding to develop new kinds of games aimed at helping kids develop social and emotional skills.

In 2005, Hawkins became the eighth person to be inducted into the Academy of Interactive Arts and Sciences’ Hall of Fame.

We caught up with Trip Hawkins to know about his journey so far, turning points in this entire span of time, the lessons he learnt and what suggestions he has for the aspiring entrepreneurs. Here is a quick chat:

Inc42: Why a game developer? What made you start EA ?

Trip: As a child I could see how my brain was switched on when I played games.  I realized that we learn by doing and the importance of play.  It became my passion to innovate around that principle.  I began to design games and realized how much fun it was to do my own thing.

Inc42: If not a game developer, what would you’ve been?

Trip: I would say a Professor because I believe that I am natural teacher.

Inc42: What are some of the important lessons you’ve learnt through your journey as a successful entrepreneur?

Trip: If you are going to win, you have to be ready to fail many times. Entrepreneurs are too optimistic at times which is needed but it’s also important that they learn from their failures.

Inc42: Tell us about some turning points of your life?

Trip: I have had major failures in the last 20 years that humbled me and helped me discover and appreciate Social and Emotional Learning (SEL) skills and how badly human beings need this knowledge.  It is big fun to now be making IF…, the iPad game that helps kids learn SEL.

Inc42: Did your experience at Apple prior to EA help you in building the company? Any instances with Steve JOBS that you would like to share?

Trip: I did a good blog post, “I Miss You Steve” and there’s a funny Forbes video about me, Steve Jobs and his interest in LSD.

Hawkins’ Blog: I Miss You, Steve.

Once he came into my office and said, “Hey Trip, have you ever taken LSD?”  I said no.  He thought for a moment, and then said, “I thought so,” and walked off.  I understood that he was criticizing me about some viewpoint he’d heard about that disagreed with him, and he blamed this on my mental deficiency from having an unexpanded mind.  He had a diabolical range of ways to get into your head.

Trip: Well, I would suggest all the people who want to become game developers now, needs to do a lot of research. There is a lot of content on web. Web developers need to go through reviews of various games and analyze what kind of games the consumers are more interested in.

Inc42:  How was your experience of working on Digital Chocolate?

Trip: My experience at Digital Chocolate was really exciting because I was dealing the Global operations for the first time. We had offices in different countries including India.

Inc42: What according to you can be the next big thing in gaming industry?

Trip: It’s now the right time to seriously bring games into the field of Education, as I am doing with If You Can Company.  The other big trends in games are (1) the desire that players have for convenience, so in some cases less is more, and (2) the need to make virtual goods game design into more of a science.

Inc42: Can you share about the titles that bought you success?

Trip: It was my hobby to make EA Sports games like Madden, and later High Heat Baseball at 3DO, and I’m using a similar model with IF…, working with master teachers from Yale and The Nueva School, places where SEL was invented and refined.

Inc42: You’ve seen this business from every angle, having worked in publishing, development, and even hardware. What would you say are the most serious threats to the growth and long-term viability of startups?

Trip: Too many companies right now are trying to force things, like a powerboat using a lot of gas.  It is better at first to try to be a sailboat and tune your sails until you catch enough wind or realize your boat doesn’t float.

Inc42: What are some of the suggestions that would like to give to aspiring entrepreneurs?

Trip: Get a good lawyer.  Don’t be surprised that the first version you engineer turns out to only be a good prototype and that you will have to just throw it away and build again using what was learned.  It’s necessary to be an optimist but expect Murphy’s Law to hit everything and make sure there is a practical, operating thinker in the core team that is a paranoid pessimist that can smell out and fend off issues before they manifest.