Why I Never Lied On My Resume

Why I Never Lied On My Resume

...And Why You Shouldn't Too 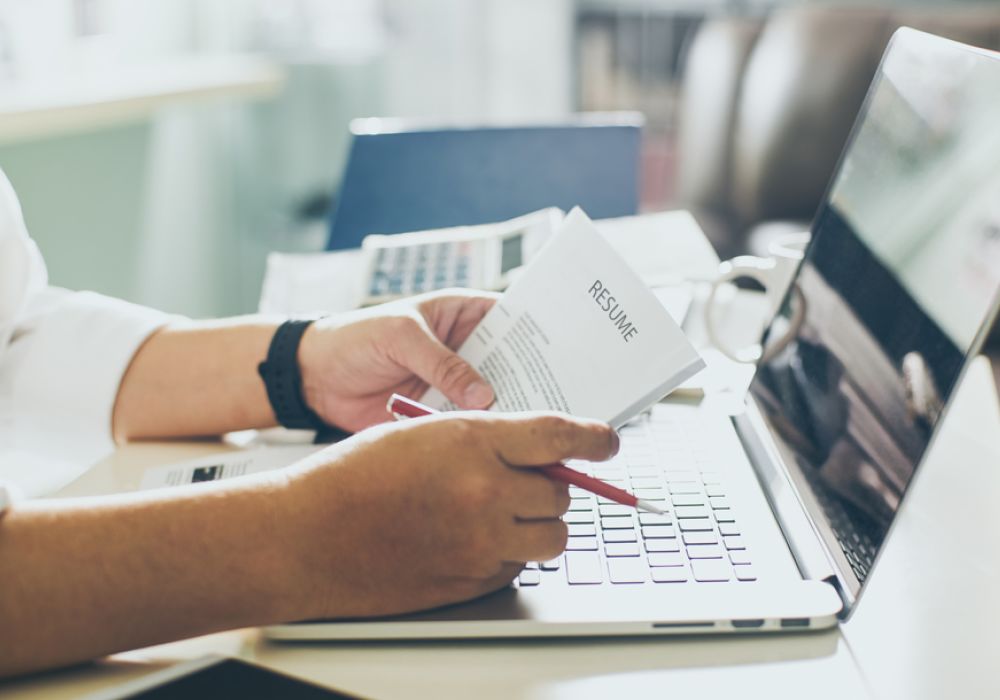 Getting asked by a reporter about where I went to school made me remember the day I had to choose whether to lie on my resume.

It’s not the crime that gets you, it’s the cover-up – Richard Nixon and Watergate.

I Badly Want The Job, But Not Enough To Lie On My Resume

When I got my first job in Silicon Valley it was through serendipity (my part) and desperation (on the part of my first employer.)  I really didn’t have much of a resume – four years in the Air Force, building a scram system for a nuclear reactor, a startup in Ann Arbor Michigan but not much else.

It was at my second startup in Silicon Valley that my life and career took an interesting turn. A recruiter found me, now in product marketing and wanted to introduce me to a hot startup making something called a workstation. “This is a technology-driven company and your background sounds great. Why don’t you send me a resume and I’ll pass it on.” A few days later I got a call back from the recruiter. “Steve, you left off your education.  Where did you go to school?”

“I never finished college,” I said.

There was a long silence on the other end of the phone. “Steve, the VP of Sales and Marketing previously ran their engineering department. He was a professor of computer science at Harvard and his last job was running the Advanced Systems Division at Xerox PARC. Most of the sales force were previously design engineers. I can’t present a candidate without a college degree. Why don’t you make something up?”

I still remember the exact instant of the conversation. In that moment I realised I had a choice. But I had no idea how profound, important and lasting it would be. It would have been really easy to lie, and what the heck the recruiter was telling me to do so. And he was telling me that, “no one checks education anyway.” (This is long before the days of the net.)

My Updated Resume: MENSA Did The Trick

I told him I’d think about it. And I did for a long while. After a few days I sent him my updated resume and he passed it on to Convergent Technologies. Soon after I was called into an interview with the company. I can barely recall the other people I met, (my potential boss the VP of Marketing, interviews with various engineers, etc.) but I’ll never forget the interview with Ben Wegbreit, the VP of Sales and Marketing.

Ben held up my resume and said, “You know you’re here interviewing because I’ve never seen a resume like this.  You don’t have any college listed and there’s no education section.  You put “Mensa” here,” – pointing to the part where education normally goes. “Why?” I looked back at him and said, “I thought Mensa might get your attention.”

Ben just stared at me for an uncomfortable amount of time. Then he abruptly said, “Tell me what you did in your previous companies.” I thought this was going to be a story-telling interview like the others. But instead the minute I said, “My first startup used CATV coax to implement a local-area network for process control systems (which 35 years ago pre-Ethernet and TCP/IP was pretty cutting edge.) Ben said, “Why don’t you go to the whiteboard and draw the system diagram for me.”  Do what? Draw it?? I dug deep and spent 30 minutes diagramming trying to remember headend’s, upstream and downstream frequencies, amplifiers, etc. With Ben peppering me with questions I could barely keep up. And there was a bunch of empty spaces where I couldn’t remember some of the detail. When I was done explaining it I headed for the chair, but Ben stopped me.

“As long as you’re at the whiteboard, why don’t we go through the other two companies you were at.”  I couldn’t believe it, I was already mentally exhausted but we spent another half hour with me drawing diagrams and Ben asking questions. First talking about what I had taught at ESL – (as carefully as I could.) Finally, we talked about Zilog microprocessors, making me draw the architecture (easy because I had taught it) and some sample system designs (harder.)

Finally, I got to sit down. Ben looked at me for a long while not saying a word. Then he stood up and opened the door signalling me to leave, shook my hand and said, “Thanks for coming in.” WTF? That’s it?? Did I get the job or not?

That evening I got a call from the recruiter. “Ben loved you. In fact, he had to convince the VP of Marketing who didn’t want to hire you. Congratulations.”

Three and a half years later Convergent was now a public company and I was a Vice President of Marketing working for Ben. Ben ended up as my mentor at Convergent (and for the rest of my career), my peer at Ardent and my partner and co-founder at Epiphany. I would never use Mensa again on my resume and my education section would always be empty. But every time I read about an executive who got caught in a resume scandal I remember the moment I had to choose.