The Journey Of The Man Behind The World’s largest IPO : Jack Ma, Chairman Of Alibaba Group

The Journey Of The Man Behind The World’s largest IPO : Jack Ma, Chairman Of Alibaba Group 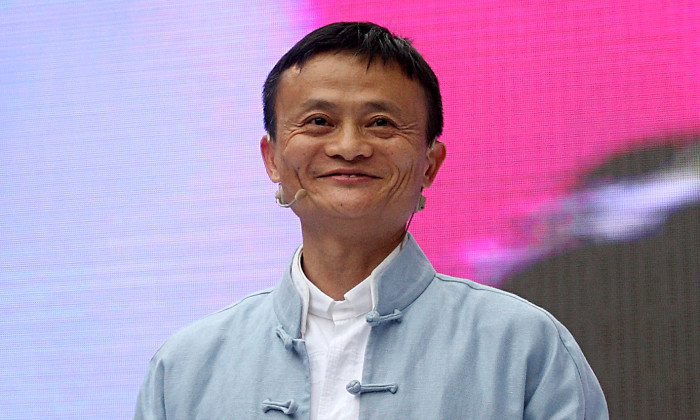 The Chinese online-shopping mammoth Alibaba Group  filed paperwork for its hotly anticipated initial public offering Tuesday, a step toward what could become one of the largest public debuts in history.

Founded in Jack Ma’s apartment 15 years ago, Alibaba has grown into the largest ecommerce company in the world’s most populous country, one that dwarfs its U.S. counterparts. The Wall Street Journal has reported that the combined transaction volume of its Taobao ecommerce marketplace and another Alibaba-run shopping site called Tmall reached $240 Bn last year. That’s triple the size of eBay Inc.,and more than double the size of Amazon.com Inc.

Ma has cult status in China, where he’s seen as the equivalent of Steve Jobs, Jeff Bezos or Bill Gates. He is a former English teacher, and founded Alibaba in his apartment in 1999 with 17 friends and $60,000 they had raised.

The seeds for Alibaba were planted with China Pages, which Ma founded in 1995 with $2,400 scraped together from relatives. It created websites for local businesses, starting with his translation firm. He partnered with a state-owned enterprise but the venture stumbled after a falling out.

He worked briefly at an ecommerce venture in Beijing backed by the Ministry of Foreign Trade and Economic Cooperation but left because of the lack of dynamism. He went back to Hangzhou to set up Alibaba, a business-to-business website that linked China’s countless exporters with buyers around the world. He picked the company’s name because of the universal appeal of the Arabian Nights story and associated catchphrase “Open Sesame.”

The company launched retail website Taobao in 2003 to compete with eBay in China. Ma was unfazed about going up against the US giant, famously saying, “Ebay is a shark in the ocean. We are a crocodile in the Yangtze River. If we fight in the ocean, we will lose. But if we fight in the river, we will win.” Ebay shuttered its China site in 2006, a major victory for Ma.

Taobao’s first items for sale came from Ma and the company’s seven original employees, who each tried to find four things to sell.

“For the first 3 days, nobody came to buy so we had to buy it ourselves,” Ma told a Hong Kong investment conference last year. “A week later somebody came to sell. Everything they sold, we bought it. We had a whole room of garbage.”

Ma, who owns 8.9% of the company, is likely to become even wealthier following the IPO. He’s already worth $10 Bn, making him China’s sixth-richest person, according to Forbes.

Ma, 49, stepped down as CEO last year, saying in a letter to employees that he’s “no longer young for the internet business.” He remains chairman and an important figurehead for the company’s 21,000 employees, though he’s now focusing on philanthropy and recently established a charitable trust potentially worth billions.

Many tech CEOs, from Steve Jobs to Bill Gates to Mark Zuckerberg, are lifelong computer geeks who dreamed up their disruptive companies in dorm rooms or parents’ garages. Ma is different (though Alibaba did start in his Hangzhou apartment). He flunked his college entrance exam twice and didn’t begin using the Internet until 1995. Ma has said he has never written a single line of code for Alibaba.

Ma is known as an enthralling speaker with a penchant for puns and slogans who enjoys performing at annual company meetings called Alifests. To mark the company’s 10th anniversary in 2009, some 16,000 staff gathered in a stadium at Alibaba’s Hangzhou home base were treated to a performance by Ma dressed as a punk rocker.

Alibaba’s three largest retail marketplaces account for more than 80 percent of its revenues, but the company is rapidly expanding into other businesses. The company also runs a cloud computing service and launched a PayPal-like service for digital transactions several years ago (that business, called Alipay, is now a separate company that is not part of the IPO). Alibaba has also invested in a wide range of other companies, including the social network Weibo, the YouTube-like Youku Tudou, and the messaging app Tango.

We are quite excited about Jack Ma’s plans for the future. Let’s stay tuned. 🙂