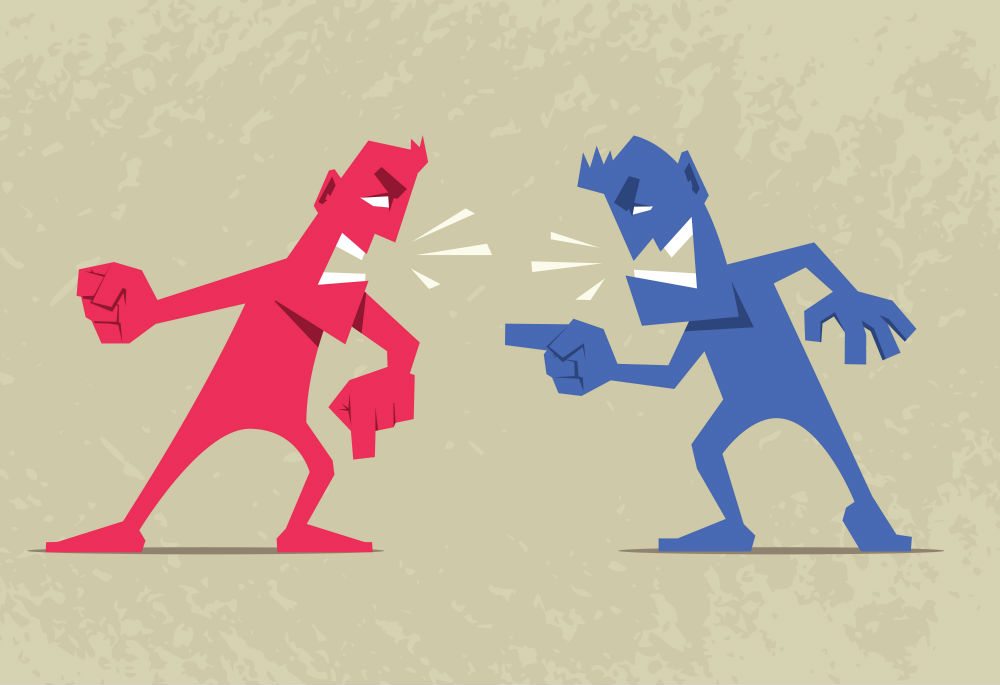 Would you like a powerful and lasting way to create fierce loyalty in any group setting? Do you want a master key to the hearts and minds of your next audience?

In his book, Conversation Tactics: Strategies to Confront, Challenge, and Resolve, Patrick King teaches how to prepare for difficult conversations in a manner that results in a positive outcome for both parties. When handled correctly, King shows that confrontation can be positive, passive aggressive behavior will be nullified, and relationships will flourish as trust and respect grows.

King covers a lot of ground from separating impact from intent, speaking so people will listen, giving feedback with grace, and even understanding the Worst Alternative To a Negotiated Agreement (WATNA). My favorite chapter is called, “Becoming Confrontation Fluent” which offers several tips that are highly practical.

Remember that the goal isn’t to determine who is wrong or right. The goal is to solve a problem. You need to leave your ego behind and to even be prepared to admit fault yourself if it’s true. The tone you set at the beginning of the conversation is key. As King says, “Leave combat mode for when there are actual conflicts and put on your Sherlock Holmes hat instead.”

Tip 2: It Will Be Awkward And Uncomfortable

King suggests that it is best to expect that people will react badly and it may feel awkward; it would be far worse to be caught blindsided by someone’s fight-or-flight response. Indeed, over my last two decades in business I’ve unfortunately seen people act totally shocked and dumbfounded, break down in tears, and even been threatened with retaliation. But I’ve also had plenty of difficult conversations where I was thanked at the end for making them better and improving their career.

King points out that the “dread” you feel going into a difficult conversation is something you’ll eventually get used to. I found that, too. It doesn’t go away, but you realize it’s not going to be the endof the world and if you handle it the right way, it will benefit everyone involved.

You shouldn’t just leave your ego at the door; you need to leave your assumptions there, too. We are often quick to assume malice is behind someone’s actions. We can’t read minds and generally bad at reading emotions, too. Often situations can be explained just by simple lack of awareness. Focusing on the facts and a mutually acceptable solution are the best ways to resolve conflict.

Tip 4: The More You Run, The Bigger The Problem Becomes

I used to be a horrible boss. My sin wasn’t that I was mean, or too tough, or uncaring. My sin was that I was non-confrontational. I was never trained how to have tough conversations, and was raised in a family that never screamed, fought or even had emotionally charged debates. So even routine coaching conversations were difficult for me. It’s one of the reasons I dislike annual performance appraisals—they facilitate bad mangers. I know I should talk to Owen about all those mistakes he’s been making, but hey, his performance review is only 10 months away so I’ll bring it up then!

King rightly points out unaddressed problems only grown in size and makes the eventual conversation even tougher! Deal with problems as close to the time as they appear as possible.

Tip 5: Realize That Confrontation Is Healthy

In addition to the organizational benefits of confrontation, difficult conversations can actually be good for your physical health. King points to several studies that show unresolved anger releases cortisol which increases stress and fatigue. Many people who complain of migraines and high blood pressure trace these physical problems back to relationship problems. Despite the short-term feeling of awkwardness (see Tip #2 above) you will likely benefit from long term health gains.

Too many people suffer from a lack of professional courage, which can exacerbate workplace problems, and can also lead to a life of stress, resentment and passive aggressive behavior. In Conversation Tactics, Patrick King provides a framework, sample dialogue and advice to make us all more fluent and comfortable with confrontation.

Kevin Kruse is the author of the bestselling book Employee Engagement 2.0 and the Personal Engagement Personality Quiz.