You Don’t Need Anyone’s Permission To Follow Your Passion

You Don’t Need Anyone’s Permission To Follow Your Passion 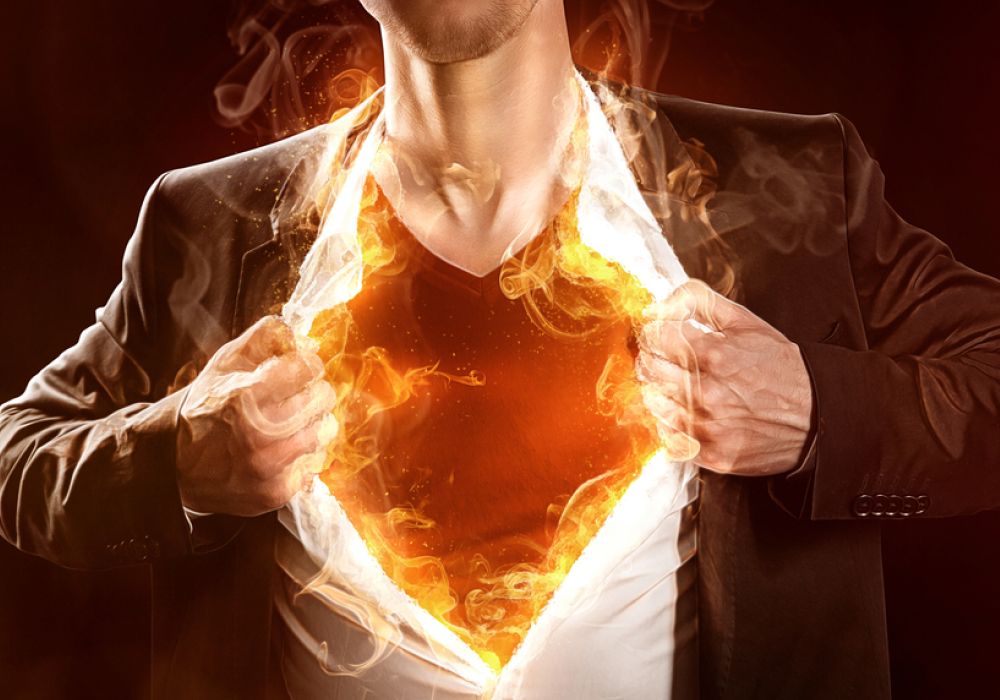 When I was younger, I was pretty reliant on the gatekeepers. The people who, in business and in music and in art, in all of my passion areas, had the power to tell me Yes or No, to make my dreams a reality for me. When I was younger, that seemed smart. Thank fuck that I grew up.

The problem with the way the world used to be is that it was pretty much built on gatekeepers. When I look at the music industry, in particular, that’s the way it was built around record labels, management companies, booking agents and so on, all the people from whom you had to get a Yes before you could quote unquote Make It.

But that’s a dumb system. Because it means that a select group of people get to be the ones who decide what’s good for the rest of us, and who can and can’t create their passionate work.

That’s not the way the world needs to, or should be. That’s not the way we have to work. Today, we can do pretty much anything, from starting a company to launching a black metal album, without anybody telling us no. And that’s a wonderful thing.

Well, You Tried — Now Give Up

This voice is your biggest enemy.

We don’t quit because our inner voices say we’re not good enough. Not all the time anyway. We quit because our inner voices say well, we tried and we blew it so now we’ve got a valid reason to stop trying. That voice is encouraged when gatekeepers tell you No. It’s encouraged when you’ve given other people the authority to tell you what you can and can’t do or chase or follow or work on.

When you give them that authority, you say to yourself that it’s out of your hands, and you give yourself a reason to stop trying. Because hey, you did try — you asked someone for permission and they said no. But here’s the rub — that’s not trying. That’s a cop out.

It’s always easier for people to tell you No than it is for them to say Yes. A No means they don’t have to do any work and you’ll fuck right off and leave ’em alone.

A Yes means they’ve committed to something. You try giving a busy person that choice, and tell me which option you’d bet your money on.

No comes easy to folks because we grow up hearing it all the time. How many parents say Yes to their kids even half as often as they say No? How many parents open possibilities up instead of closing options off? How many times are we told You Can’t Do That and left to figure out what we can do on our own?

When you add it all up, you start to understand that the gatekeepers we rely on are far more likely to tell us No than they are to say Yes, no matter how hard we’ve worked or how much we think we’ve stacked the odds in our favour.

There’s Nothing More Depressing Than Rejection

I’ve got so many rejection letters. From companies like Apple and Microsoft, even Buffer and Atlassian and a bunch of Aussie VC firms. From record labels like Sony, EMI, Victory, Dischord…from publishers, from agents, from art galleries, from DC Comics and Marvel, from Twitter, Facebook, Google, Instagram, LinkedIn, from MySpace back in the day, and from TIME magazine years before they approached me to invite me to write for Motto.

Every single one of those rejections hit me like a metric fuck tonne of bricks. I felt like I was a failure, every single time. And you know what? I probably sat down in the shower, drinking Budweiser and listening to Tom Waits, because I have a glorious track record of being really shit at handling emotional let downs in a positive way. But I digress.

When I set myself up to meet those rejections, by relying on the gatekeepers to tell me whether or not I had their permission to be somebody and do something, I was committing to the possibility of feeling like absolute shit. I was committing myself to someone telling me No. I wasn’t telling myself Yes at all.

How To Make Your Own ‘Yes’

Those ways of avoiding the gatekeeper are possible because I have the online tools necessary to communicate with anyone and everyone at any given time. I don’t totally reject the outside help of the people who can help me, but I also don’t rely on it entirely and sit around wishing I had someone tell me Yes.

While I’m waiting to hear that Yes, I’m giving myself permission every day to get out there and get it done.