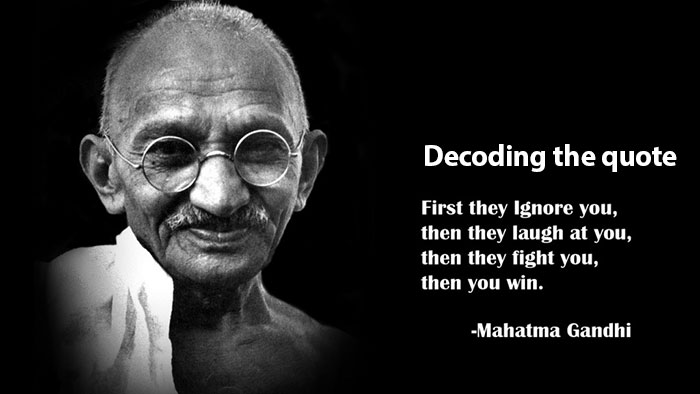 The independence day or the iDay as the new generation would like to phrase it, is a day of remembrance of the great struggles, undertaken during our freedom movement. While it is imperative for us to remember those struggles.We tried to frame the same struggles in today’s environment and found there’s another breed that is struggling it’s back off to make things a little better for all of us.

Running a successful and profitable company is an incredibly trying experience that takes dedication, hard work, and sacrifice. But, we believe the entrepreneurs should be celebrated. After all, the entrepreneurs are the ones that fight it out each day and make the world a better place.

While startups, struggle to survive and move forward each day, it makes sense to recollect the old age advice of our freedom fighters and correlate that with the struggles of startup entrepreneurs.

Even if the quote was spoken in a general sense and in the context of the different  social movements that try to change the basic fundamentals of the working of the society. This equally applies to an entrepreneur’s life and we believe an entrepreneur will do himself a favour if he can internalise this quote and soak in it’s meaning.

Let’s analyse each phrase in the quote and contextualise it’s meaning., in the startup space.

First they ignore you

As a founder/co-founder you can’t hide from the feeling of being looked down upon, maybe by your friends who are rolling in cash and see your initiative as nothing but as a desperate attempts. This sense of being looked down upon is more so felt in the family & close settings who would have been much relaxed had you joined a day job instead of riding this roller coaster.

Then they laugh at you

This phase is common when you are caught up, rushing in the job and struggling to survive. You can hear the little ouch’s and see the ridicule from the corner of you eyes, if you happen to be lucky, you go through this phase without a direct confrontational rebuke, by someone close to you.

Then they fight you

Now this one is interesting, you have to fight a lot of people , your competitors, bad hires , financial issues, unforeseen problems that strand you down and feel like a stone around your neck., pulling down your momentum.

Do I need to add anything here…..you raise your first round of funding and then you are again into the next cycle of the same phases, as explained above. So much for successful fundraising.

To highlight the struggle of an entrepreneur , here’s a quote from Marc Andreessen 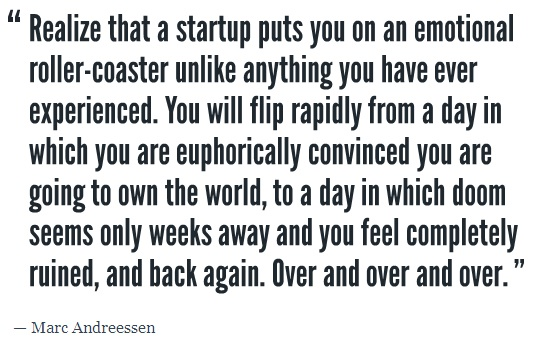 Another quote to wrap things up and end on a positive note,  by MK Gandhi giving hope and inspiration to carry on with the struggles: