7 Ways How Successful People Think Differently From The Average Joes

7 Ways How Successful People Think Differently From The Average Joes 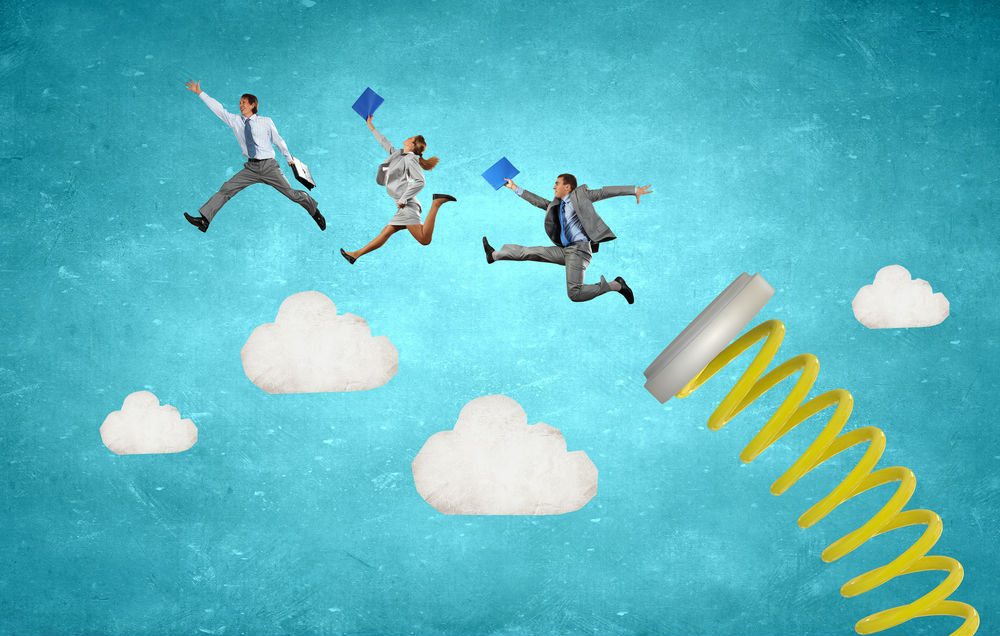 Who doesn’t want to be successful and rich? Ever wondered what makes wealthy people wealthy? Typically, rich people are of two types. Some may be born with a silver spoon in their mouth, and there are others who make their own moolah.You can belong to the latter category as well!

So what’s stopping you from making the kind of money most can only dream of?

Did you know that way you think about making money can have something to do with it? May be, if you quit thinking like an ordinary person and started thinking like the rich do, you could be setting yourself up for some lucrative decision-making!

Mentioned ahead are a few ways in which the successful and wealthy think, that makes them rise head and shoulders above the average Joes.

People who make a lot of wealth (and are able to keep making more) have an open mind and know that they do not always have all the answers. They also know it is perfectly okay not to know everything.

They think of learning as a lifelong process. This is why they’re always looking out for better ways of doing things and broadening their horizons. They spend time with people they can learn new things from, thereby gaining different insights, which makes them successful.

They do not let ego get in the way of learning and exploring new possibilities. They have mentors and accountability partners. They do not hesitate in applying an approach other than their own, if they think it is better. When they’re proven wrong, they don’t take it personally or hold grudges, but acknowledge and appreciate a new lesson.

They Think of Money as an Abundant Resource

Wealthy people have a mindset which treats money as a copious resource. They truly believe there is a tremendous amount of wealth out there, waiting to be claimed by those who want it. This motivates them to set goals (even unrealistic ones), and work hard towards achieve them.

They know that they can have as much money as they like as long as they pursue their set goals with a positive mindset. They refuse to settle for anything less than what they they’ve set their sights on.

Self-Assessment Is a Continuous Exercise for Them

Successful people know that if they want to get the right answers, they will have to ask the right questions. Further, they also realize that in order to be effective, they need to constantly assess if their actions are taking them closer to their goal or away from it.

This works in their favour because if they find themselves drifting away, they can immediately rectify their actions and get back on the right course. This is also probably the secret behind their never-ending productivity.

They Look Forward to Adding Value

Think about it, the richest people in the world are those who have made a difference to the world by adding value to people’s lives. They’re all innovators and inventors who have changed the way we live and have enriched our lives in one way or another. This indicates that doing something that helps people by either adding value or solving their problems can lead one to enormous wealth.

When you create something that enriches people’s lives, they will be glad to pay you to procure it. All you have to do is simply quote a price.

They Focus On Other People’s Strengths

It is common knowledge that people who focus on the positives stand a better chance of succeeding than those who don’t. Wealthy people consider criticizing others a waste of time. For them, pinpointing other people’s flaws or taking digs at them are signs of weakness.

Rich people would rather spend their time uplifting others and empowering them to be able to do their best. They praise more and criticize less. This helps them build strong teams and foster lucrative alliances. Thisalso helps in motivating employees and bringing out the best in them. Hence, it is a win-win!

They Work Towards Getting Better

The rich know that their own growth and development is more important than that of their competitors’, which is why they constantly work towards getting better and upping the ante. This does not mean that they lose sight of what their competitors are up to. They know the difference between analysis and over-analysis, and that the latter can be self-destructive.

Wealthy people, therefore, concentrate their energies on making the most out of themselves. In fact, they look after not only their business, but also their personal wellbeing. They read, eat well, stay fit and active, and work towards improving themselves holistically. They work towards becoming the best by creating and progressing, rather than only focusing on competing.

Waiting for something to happen does not guarantee that it will happen. It’s akin to waiting for the lottery to materialize, the chances of which can be extremely slim. If you have the urge to become rich, you will have to put in the required amount of effort to make it happen for you. Rich people know this to be true.

Wealth has little to do with luck and more to do with effort and hard work. When you act on something, you open up possibilities for making grave mistakes. The regular guy will probably get scared or demotivated at the thought of committing mistakes. However, wealthy people know that each mistake can teach valuable lessons. In fact, they’ve probably failed a lot, only to come out of the situation stronger and better.

The old adage, ‘It’s all in the mind’ may just hold true as far becoming rich and successful is concerned. So what are you waiting for? Now that you know that changing the way you think can be highly instrumental in making you successful, you may want to start thinking like rich people to be counted as one of them. It’s time for the average Joe to start thinking like a millionaire!