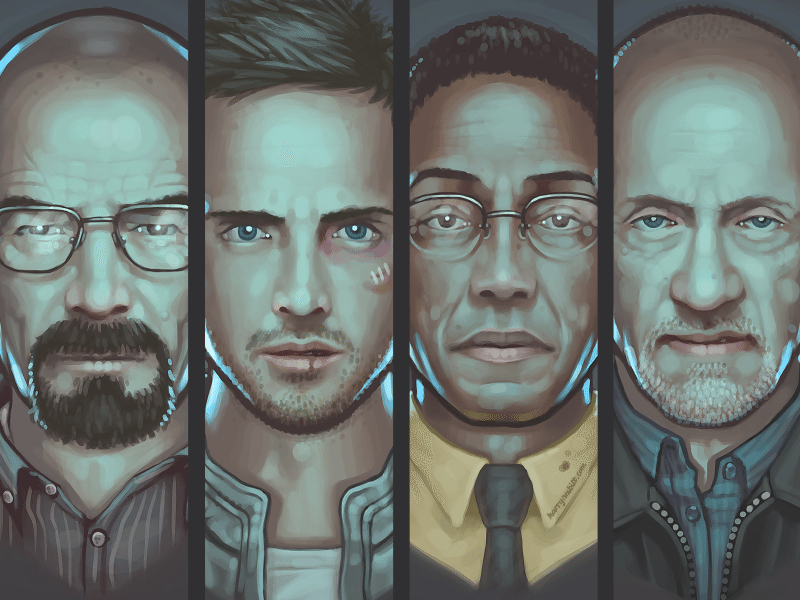 The show, about a mild-mannered chemistry teacher who turns to a life of drug dealing when he’s diagnosed with cancer, has continued to pull in audience members with its mix of dark humor and pathos. In fact, the season five premiere was the most watched episode in the show’s history, until the premiere of the last stretch of episodes shattered all former records.

What does this have to do with your startup? Breaking Bad might be the story of one man’s moral decay, but that man is also running a business. Walt has certainly made a lot of mistakes with his business over the course of five seasons (the first of which was probably choosing to sell meth). Surprisingly enough, these mistakes can help you avoid common pitfalls in your own startup life.

So before Walter White and protege Jesse Pinkman drive off into the sunset in their mobile meth lab, here are the four startup lessons you can learn from Breaking Bad:

Walter White is a great chemist, which is what gets him into the meth business in the first place. But I doubt anyone has really “followed their bliss” into meth production. On the show, Walt had been burned years earlier by a bad business deal which lost him millions of dollars. He dropped out of the business at the exact wrong moment, right before the company hit it big.

Walt should have stuck in there, especially for a company he believed in. Not surprisingly, studies have shown entrepreneurs tend to be more optimistic than the average employee. Why? Because you’d have to be a “glass half full” kind of person to think you were going to beat the poor odds of startup success.

Still, there is something to pie-in-the-sky idealism. Studies have shown optimistic entrepreneurs are ultimately more successful. This is because they believe in their vision and they’ve followed their passion. Optimistic entrepreneurs are more likely to see setbacks as challenges, not excuses to throw in the towel. If Walt had stuck with his initial business, there would have been no reason to start cooking meth.

Watch Out Who You Do Business With

Walt learned the hard way to pick his business partners carefully. After a few run-ins with local dealers, Walt took his product to Gus Fring. On the outside, Gus seemed like a perfect fit. He was polite, careful and professional. But under that calm demeanor, Walt soon learned Gus’ pragmatism could be brutal.

Before hopping into a business relationship, make sure to do your homework. Just because someone seems like the perfect fit for your startup on paper doesn’t mean they’ll be the right one down the road. Whether you’re hiring employees, taking on partners or finding investors, it’s important to find people you can trust.

Hiring might be the most essential aspect of growing your startup, yet few startup founders and entrepreneurs have much time dedicated to isolating and capturing top talent. Ignore the importance of hiring at your own peril, however, considering 46 percent of small business new hires fail within the first 18 months.

On Breaking Bad, Walter White has made a lot of mistakes with his business. (Again, meth production is a very poor viable startup idea.) But the one success he’s had is finding the perfect employee in former student Jesse Pinkman. Jesse is loyal to a fault and much smarter than he initially appears, making him the perfect partner-in-crime for Walt.

When hiring for your startup, skip looking for the candidate with the best qualifications. You can always train for skills, but you can’t train a candidate to buy into your company mission or feel passionately about your industry. In fact, 89 percent of the time new hires fail because of poor company culture fit.

To find passionate and talented candidates for your startup, you need to form a personal connection faster in the hiring process. You don’t have a lot of time to take away from your day-to-day startup life to go through a pile of resumes.

New technology like social media and video interviews make it easier to get a personal feel for candidates before you waste time talking to someone all wrong for the job. For instance, you can have candidates answer your written questions in one-way video interviews, then only connect with the best and brightest.

Startup financing is no picnic. There are VCs, startup incubators, and angel investors to worry about. Walter White didn’t have any of these problems, but he certainly didn’t always make the best financial decisions for his growing business. When it comes to finding a good place to put your money, “under the floorboards” is never a great option.

On Breaking Bad, Walt eventually turns over the money laundering aspect of the job to his accountant wife Skyler. As an entrepreneur, you might have the vision to start a great company, but you also need to handle the nuts and bolts of the business end of your organization. If you’re not a numbers person, find someone loyal and dependable you can trust to help with this aspect of your company.

Breaking Bad might be leaving the airwaves soon, but savvy startup founders can still find some good business advice from watching the antics of Walter White and company.

What do you think? What are some startup lessons you can learn from the folks on Breaking Bad?