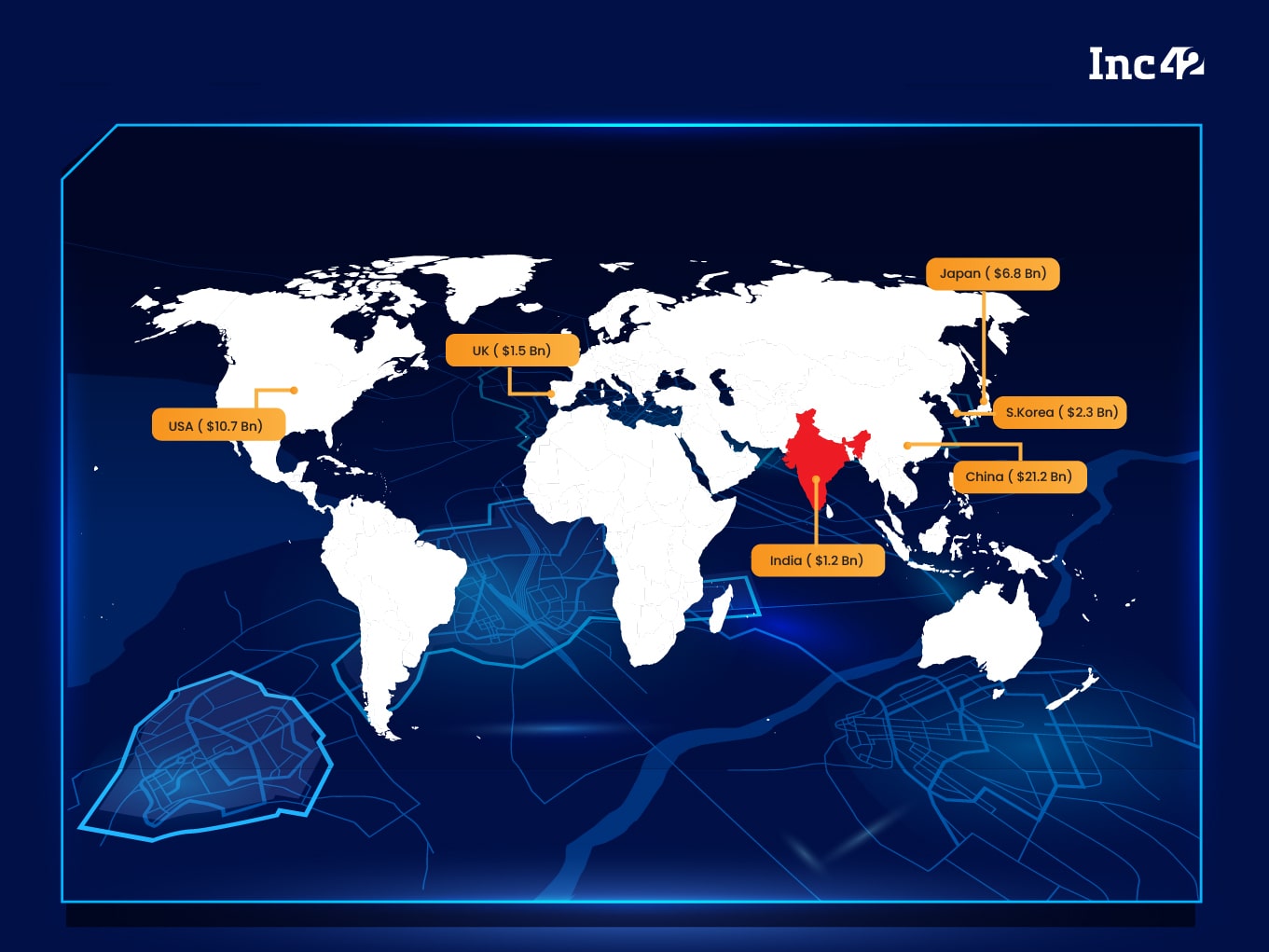 By the end of CY2020, India is expected to rank 6th in the global mobile gaming market in terms of market size.

With the Covid-19 pandemic and subsequent lockdowns compelling people to stay at home, mobile gaming platforms had extensively engaged with captive audiences and latched on to massive user growth. But all was not well with the likes of PUBG Mobile and other games of Chinese origin as they struggled to cope with tough policy challenges in India.

Despite this speed bump, mobile gaming in India is poised for a huge opportunity. The Indian mobile gaming market is expected to reach $1.6 Bn by the end of 2025.

India Vs The World In The Mobile Gaming Arena

According to a recent report published by Inc42 Plus and titled Mobile Gaming In India: Market Opportunity Report 2020, India will finish in the sixth position globally by the end of CY2020 with a market size of $1.2 Bn. Also, it will be among the top five global markets for mobile gaming in terms of user base.

Although India became the second-largest smartphone market in the world in 2019, smartphone penetration in that year remained quite low at 36.7%. So, there is a massive headroom for growth as the country is way behind others in terms of user penetration. In the mobile gaming segment, India is ranked at 111th in the world, with a user penetration rate of 10.08%. Again, the average revenue per user (ARPU) at $8.8 is extremely low compared to other countries.

China is expected to lead the world of mobile gaming with a market size of $ 21.2 Bn by the end of 2020. Although China has the largest population in the world, it ranks third in terms of user penetration in mobile gaming segment, after the US and South Korea.

Four out of the five games, which made it to the 2019 breakout list based on  consumer spending in India, were core games. Only Israel-based Coin Master was under the casual category.

India’s mobile gaming market is expected to record the highest future compound annual growth rate (CAGR) at 6.1% during 2020-2025 compared to other countries such as China, the US, Japan, South Korea and the UK.

India’s mobile gaming market is expected to grow and reach $1.6 Bn by 2025 due to the rise in smartphone penetration, growth in internet usage, technological advancements such as the use of augmented reality (AR) and virtual reality (VR) in mobile gaming for enhanced experience, emergence of innovative startups in the mobile gaming space and growth in the number of mobile gamers.

To know more about India’s position in the global mobile gaming market, read the latest release from Inc42 Plus — Mobile Gaming In India: Market Opportunity Report, 2020.