[What The Financials] BlackBuck Or Rivigo, Who’s Making All The Right Moves In The Indian Logistics War?

[What The Financials] BlackBuck Or Rivigo, Who’s Making All The Right Moves In The Indian Logistics War? 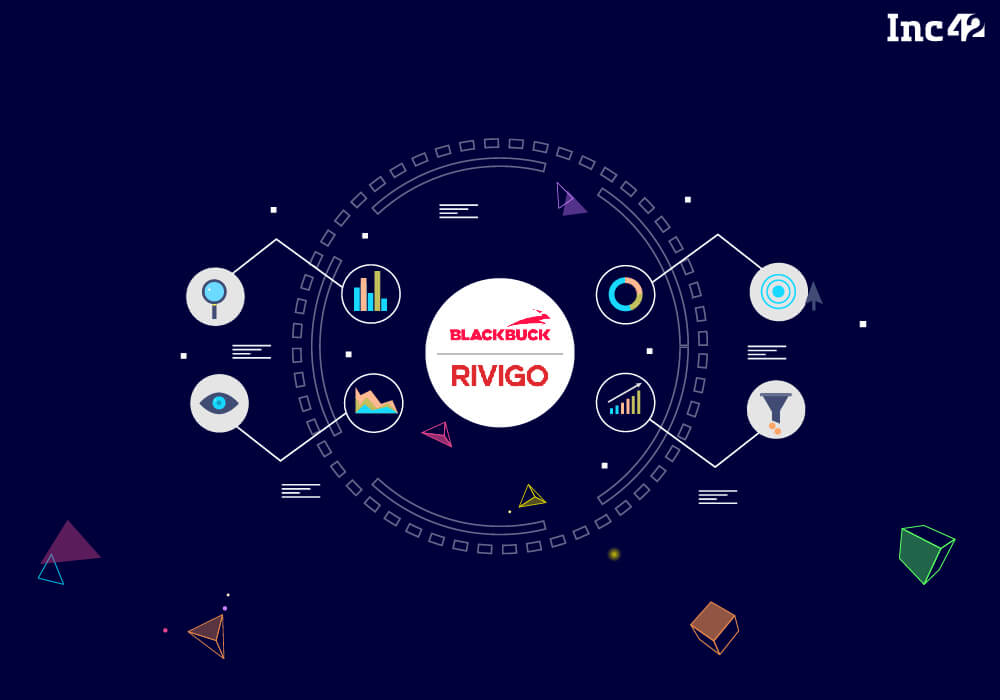 Logistics Unicorn Rivigo Posted INR 137.1 Cr Losses In FY17, Higher Than Its Peer BlackBuck, Which Had Losses Of INR 86.61 Cr

Necessity is the mother of invention and logistics is the soul of every invention. With the ever-increasing ecommerce and exports boom in India, requiring seamless and timely intercity, intracity, and international transfer of goods, logistics is at the core of the growth and continuous movement of various sectors in the country.

In this increasingly competitive space, a few startups are causing disruption by introducing revolutionising solutions in the market. As we continue to examine the Indian startup ecosystem closely, we dived into the financials of two of the biggest players in the logistics space in India — BlackBuck and Rivigo — and found some interesting things to ponder upon. The biggest of them all — Delhivery — is prepping for an IPO.

Employee-Friendly Or Not, The Costs Tell It All

Founded in 2014, Rivigo, one of the fastest startups to become a unicorn in India, claims to have a fleet of 2,100 trucks and a network across 150 Indian cities. The company has raised $125 Mn in funding till now and has identified the use case for having its own technology-enabled fleet, which is also its USP to grow in the market.

On the other hand, BlackBuck, which started its operations in 2015, has 120K trucking partners across 300 locations. The startup has raised about $100 Mn in funding. It differentiates itself among both customers and suppliers on the following three big claims — truckload availability, “fairest price ever” in the market, and a “never-before-seen experience” on the platform, in terms of execution.

For the benefit of its 800 employees, BlackBuck spent INR 38.77 Cr ($5.65 Mn) in FY17, which is 6% of its total operational expenses. This was a 336% jump from its INR 8.88 Cr ($1.29 Mn) employee benefit expenses in FY16. The employee expense rate, which is quite less than the industry average of employee expense, doesn’t include expenses on truck drivers.

BlackBuck earns about 15-20% commission for providing business to trucks it hires. It has truck services listed on its platform and does an intelligent match for customers, based on their requirements.

Income And Expenses: Who Is Running Their Business Better?

However, the real game-changer for both the companies in the logistics war is their transportation cost.

As a truck aggregator, BlackBuck is spending much more than Rivigo (which owns a fleet) on transportation. However, BlackBuck had an edge over its rival in employee benefit expenses and in total income.

Another major difference for the companies were their respective balance sheets. Rivigo, because of fleet ownership, had tangible assets worth INR 302.02 Cr ($44.06 Mn) in FY17. This is huge compared to BlackBuck’s INR 1.305 Cr ($190K) in FY16.

The India Market Opportunity In Logistics

According to Novonous market research, road freight is the largest transportation segment in India, constituting around 63% of the total freight movement across the country.

Inter-city logistics accounts for a massive 95% of road freight movement.

Logistics startups such as 4tigo, Locus, and Loginext are leveraging advanced technologies such as IoT, big data, artificial intelligence, and machine learning to bring innovation and disruption in the logistics sector.

The technology has been a boon as well as a curse. As players like BlackBuck and Rivigo revolutionise logistics for companies and consumers, their efforts are applaudable for making the job easier and faster for truck drivers–the real heroes of logistics.