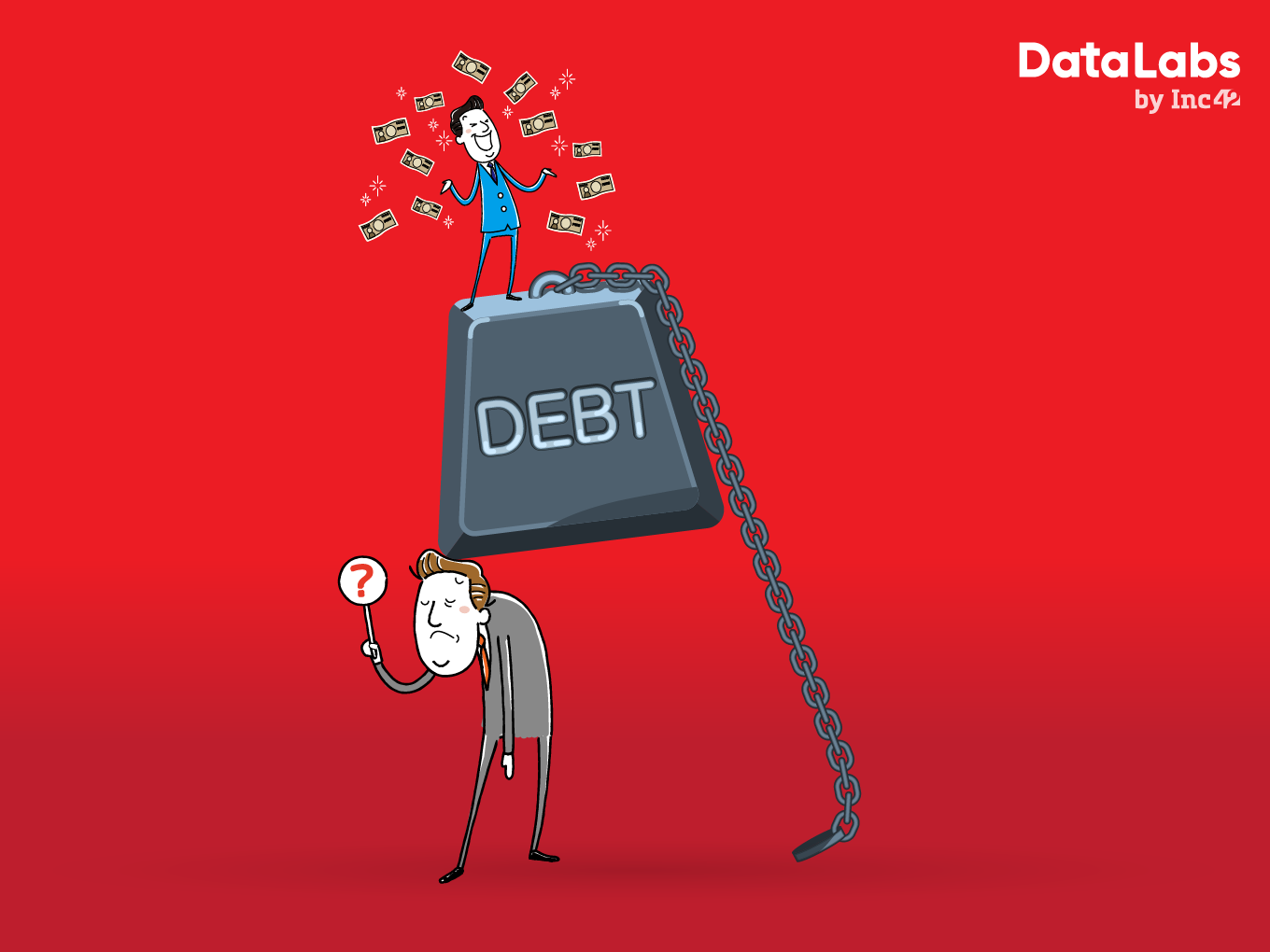 Why are more investors choosing debt funding for startups in ecommerce, fintech?

Does easy access to debt funding make it less lucrative for companies to innovate and create real impact?

The fundamental difference between debt or equity investment is that in the debt financing models, the cost of capital is the interest paid by the company, whereas in the case of equity-based financing, the cost of capital refers to the shareholders’ claim on earnings on the basis of their stake in the entity.

So when we look at equity and debt financing from an investment point of view, the equity route will have a higher degree of risk in comparison to debt-based instruments. Debt instruments guarantee a fixed line of return irrespective of the business risk, whereas in the case of equity investment the return is heavily dependent on the profitability of the business over time.

Prior to 2017, the investment landscape in the Indian startup ecosystem was primarily dominated by equity-based funding. This can be ascertained from the fact that between 2014 and 2016, the highest contribution of debt funding to the total funding in the year was 6%. But this changed in 2017, when debt funding contribution doubled to 12% ($1.61Bn). The shift in investor preference from equity-based investments to debt financing can be attributed to the higher risk associated with startups investment along with the rising reluctance of startup founders in giving out higher equity to investors. In this context, investors have found it easier to open the purse strings in debt funding rounds, rather than risk capital on low equity or low potential traction.

In the Indian ecosystem, fintech, ecommerce and transport tech have seen the most debt funding in terms of capital raised. Combined these three sectors make up 32% or $1.17 Bn of the total $3.67 Bn raised using debt instruments by Indian startups.

Fintech startups have witnessed the highest amount of debt investments between 2014 and H1 2019 — the share of fintech startups is the highest across all the three indicators used to assess how a particular sector has fared in investment activity i.e. funding amount, deal count and the number of unique startups funded.

Surprisingly, 83% of the 24 unique fintech startups that received funding in this period using the debt funding route, operate in the lending tech segment, with startups in payments tech and insurance tech making up 8% of the total. The list of lending tech startups that got debt financing include names such as AyeFinance, InCred, Kinara Capital and Capital Float.

In the context of startups, a debt-based investment is only feasible if the future revenue streams of the business are stable, in other words, the systematic risk in the context of projected revenue should be lower. Considering most of these lending tech startups cater to an audience that finds it difficult to acquire credit from formal financial institutions, the risk factor in the credit industry is relatively higher.

This brings us to an important question— why is debt investment so prevalent among lending tech startups?

In addition to startup founders being wary of losing significant equity, the rise in debt funding can also be attributed to the quality of the assets that lending tech startups hold in their credit portfolio. This can be called a decisive factor in debt funding undermining equity-based investment.

As per media reports, the asset quality of Capital Float was one of the reasons behind PayU pulling out of an investment deal with the digital lending major earlier this year. Another report by India Ratings and Research highlighted the rising penetration of non-performing assets in the total assets under management (AUM) of lending tech startups. As of Q3 FY 2019, 4.5% of the total AUM were NPAs in comparison to 2.5% in 2018 and 1.2% in FY 2017.

In addition to fintech, other sectors such as ecommerce, transport tech and consumer services have also witnessed a significant amount of debt funding from 2014 to H1 2019. Overall, the popularity of debt investment is on the rise in the Indian startup ecosystem. This can be claimed on the basis of the positive growth rate recorded in three primary indicators— growth in funding amount (18%), deal count (59%) and count of unique startups funded (53%) using debt funding between 2015 and 2018.

Despite the availability of private debt instruments such as convertible notes, venture debt remains the most preferred mode of debt investment into Indian startups. In the context of the funding amount, venture debt makes up approximately 99% of the total $3.67 Bn, similarly in the case of a number of funding deals its contribution is 97%.

Investors such as Alteria Capital, Trifecta Capital along with established corporations such as ICICI Bank, HDFC Bank and others have been active participants in debt financing activity in the Indian startup ecosystem. The common thread among the top five debt-funded startup sectors is that the businesses are either capital-intensive (ecommerce, consumer services and transport tech) or regulation-intensive (fintech and healthtech).

The binding nature of debt investments, on a macro level, could have a deeper impact on the Indian ecosystem, despite reducing the overall loss of capital.

Given that startups with debt investments would be liable to pay off the debt, it discourages the startups from taking riskier product or service bets or focus on future innovation. Instead, the pressure of having to pay back what is essentially a large loan, results in a lack of innovation in the Indian startup ecosystem. This can be ascertained by the lack of variety in business models among leading lending tech players, for example.

In comparison, China, where startups attract significant VC funding, was ranked fifth. But the VC boom in China may be about to end — a report in July said the value of investments in the country tumbled 77% to $9.4 billion in Q2 2019 as compared to the same period last year. This after a five-year surge in venture capital investment that gave rise to mega startups such as Didi Chuxing, Bytedance, Meituan and Ofo, which have gained global prominence.

The drop in VC investments in China seems to have had a larger impact on the startup investment outlook in South Asia, and this could also be a big reason behind the surging wave of debt financing deals in the Indian startup ecosystem. The big question is whether it will foster innovation or simply fuel cash-burn exercises.