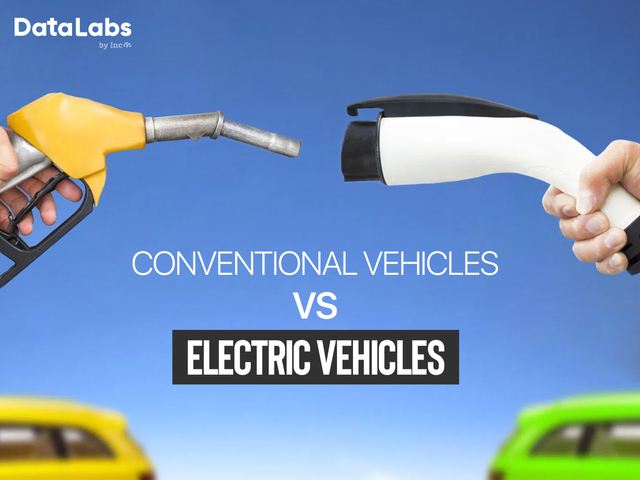 As already explored in our series of articles on the electric vehicles (EV) ecosystem in India, the biggest drawback for the consumer is that EVs are priced much higher than conventional vehicles.

With battery prices falling continuously and having decreased by 21% in 2019 from 2013 levels, the cost of ownership will fall dramatically in the long run. At the same time, advancement in the battery cell and packing technologies increased supply of raw materials like lithium, manganese, cobalt, nickel, and aluminium, and improved grid capacity will also bring down the cost of EV ownership year after year.

But at present, EVs are far more expensive than petrol or diesel internal combustion vehicles. With the increasing demand of EVs, there is a shortage of battery materials, which is why battery global battery manufacturers such as CATL, LG Chem, Panasonic, BYD, and Samsung SDI are looking for alternative battery technology like solid-state and fuel cell.

According to DataLabs by Inc42 analysis, the battery price will reach US$96 per KWh by 2025 which will subsequently reduce the purchase cost of EVs in coming years. The global passenger EV market is dominated by players such as Tesla, BYD, BAIC, BMW and Hyundai, whereas the Indian passenger EV market has models from Tata Motors, Hyundai, Mahindra and Mahindra and MG Motor (part of the SAIC Group). The global penetration of passenger EVs is nearly 3%, but the penetration of EVs in India is just 0.12% which is very low. Plus the average family income in India is $3K per year, whereas the average price of EVs available in India is between $17-21K. This puts EVs out of reach of most consumers.

The capital cost required for buying passenger EVs, charging infrastructure and driving range anxiety are major reasons for slower adoption of EVs. At the initial stage of EV adoption, India needs more financial support to encourage consumers to purchase EVs, which is a budding opportunity in the Indian market. This is crucial considering that the operational cost of passenger EVs is nearly four times lower than conventional vehicles. So making purchasing EVs easier will help consumers come to terms with the savings over the life cycle of a vehicle.

A TCO comparison over a life cycle between Tata Nexon EV and Maruti Suzuki Swift DZire shows that price parity of conventional and EV will come in the 7th or 8th year of ownership. With more years of operation, the maintenance and service costs for conventional vehicles increases higher than EVs. 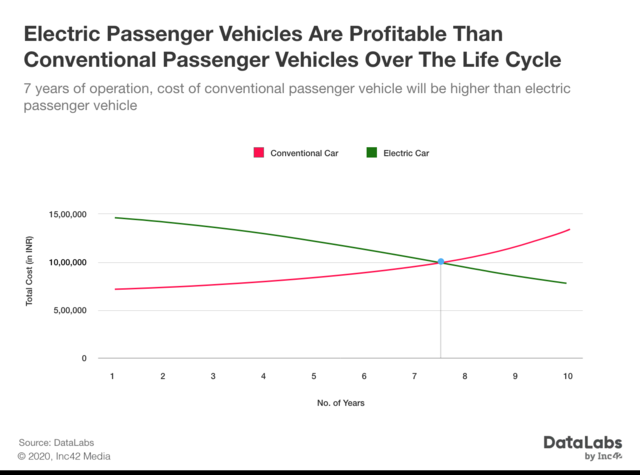 Even in the global commercial EV market, there’s no real default choice for customers. Again, China is leading this market. In India, only a few electric buses are available on the road. In coming years, we will witness more penetration in light commercial vehicles (LCV) as more and more logistics, transportation, and e-commerce players use EVs in their fleet.

The development in battery cell density and charging infrastructure will help India adopt more EVs in medium and high duty commercial vehicles after 2025. 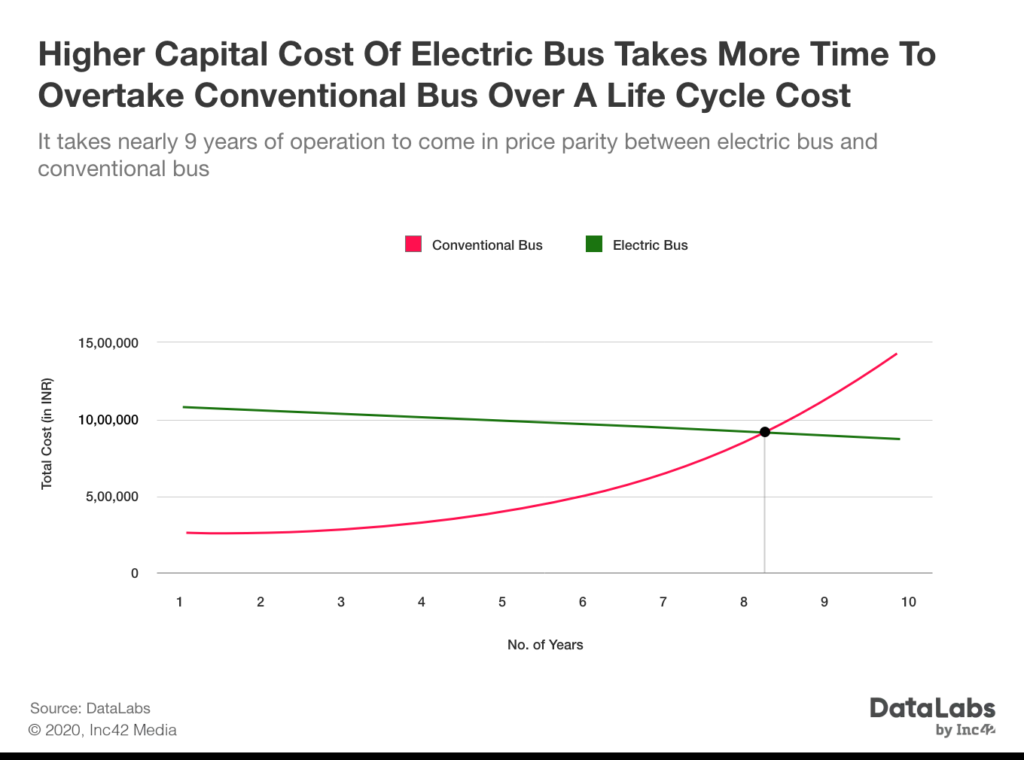 Why Electric Two-Wheelers Work In India 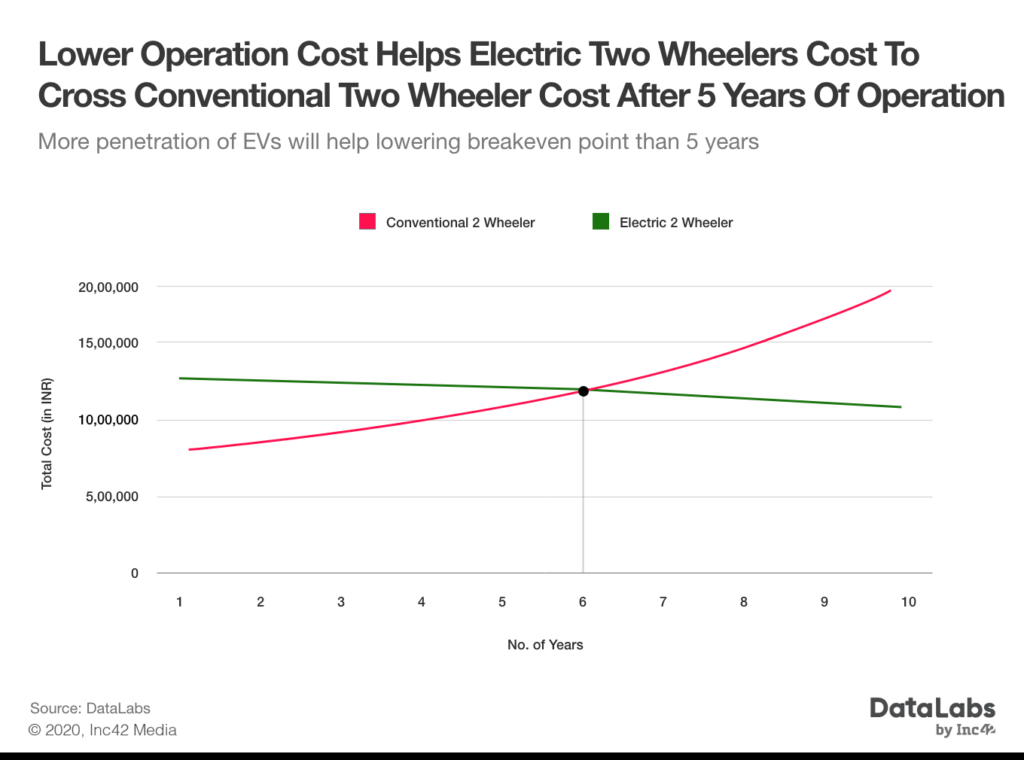 In Tier 1 cities, price parity will come in two years of ownership, but it takes more time in Tier 2 and Tier 3 cities due to infrastructural gaps. Electric three-wheeler provides more benefit than ICE rickshaws over 10 years of life cycle depending on the investment done. 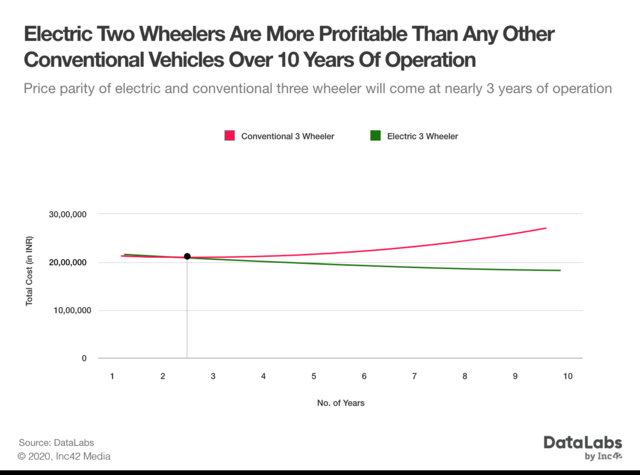 The total cost of ownership of EVs is lower than conventional vehicles only if the vehicle price and battery price drops over the course of the lifetime. If the initial problems of EV adoption can be addressed, then there’s no looking back for the EV market.